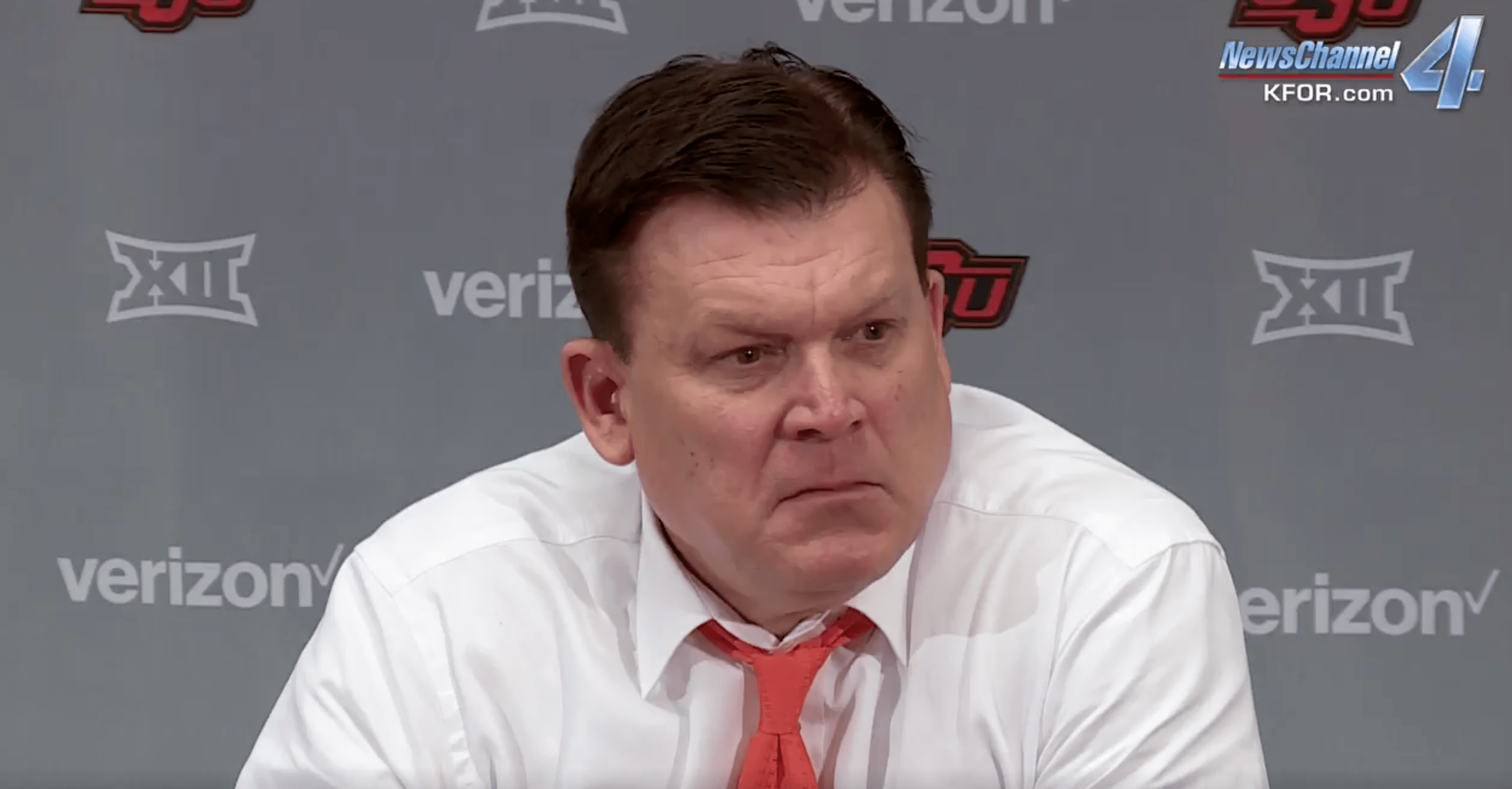 After Oklahoma State’s sixth-straight loss to start his Big 12 coaching career, Brad Underwood spoke with the media. He was asked how his team is holding up after the 0-6 conference start.

“I hope they’re not handling it very well cause I’m not, and that’s been a problem,” said Underwood. “I think the one thing we’re trying to change here is a … what’s the right word? Maybe preconceived notions of what it’s like.

Asked Brad Underwood how his team’s holding up after losing six straight. He says they have to work on some “preconceived notions.” #OKState pic.twitter.com/szDejcoGH9

“Now we get into league and everybody’s got a ‘ah, they’re this. Wesley Iwundu this or DJ’s physical.’ And there’s a mentality that our guys have. And when you have not won, that’s not good. By golly, we’ve got to change that. We can do it in practice and we have to carry it over.”

Underwood continued on getting the same kind of “fight” he sees in practice to translate to the game.

“Monday we had as good a practice as we’ve had in a month and we didn’t do one thing offensively,” added Underwood. “I thought ‘okay, maybe there’s a little fight.’ Put some people in the stands and different colored uniforms and we’re not carrying that over. We’ve got to do a better job.”

Junior guard Jeffrey Carroll spoke, as well, on the lack of carry over from practice.

“We play defense in practice pretty hard every day, but we just have to carry it over to the game,” said Carroll. “For 40 minutes, just do it and play tough.”

The Cowboys gave up 60 percent field goal percentage in the second half to Kansas State (including 5-8 from 3) and 56 percent for the game.

“We’ve got to guard better on the perimeter,” Underwood said. “It’s been a recurring theme in conference play that we are struggling to guard the perimeter, and we have to get better with that.”

The Cowboys will get their seventh-straight try at Underwood’s 100th career win on Saturday in Lubbock.