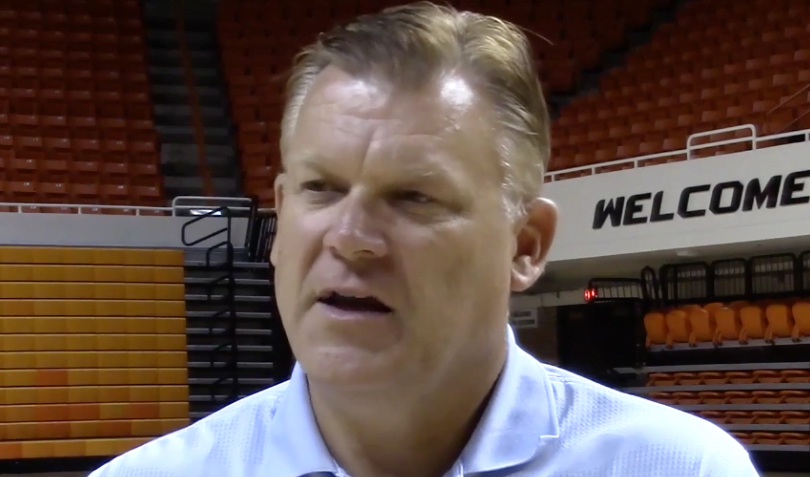 Treadmill. That’s the only world that the Oklahoma State coaching staff needs to say in practice nowadays after a missed box out, a defensive breakdown, a lazy play on offense, or anything that displeases the coaching staff. Coach Brad Underwood is stressing attention to detail and effort in practice nowadays, and uses the treadmill in the corner of the gym as a teaching mechanism, not a punishment.

“It’s a reminder, it’s an encouragement,” Underwood told the Tulsa World. “It’s not meant as actual punishment as it is ‘Hey, let’s focus on what we’re trying to do here.’ Our guys, there are days that we use it more than others. It’s very, very minimal. But I hope our guys don’t look at it as punishment. I don’t.

One minute at 15 MPH, then you’re allowed to come back into the practice and jump back in. It’s not meant to embarrass or shame any player, Underwood explained in detail this week.

“I’ve got the shortest memory in the world. They make a mistake, we get right back in, we move on. But it’s just one of those things that I’ve done and I believe in. We don’t have to argue, we don’t have to scream. We just point and they go.”

Underwood is committed to building a fast, disciplined, smart basketball team in Stillwater like he did at Stephen F. Austin, where he used and eventually broke his first treadmill. Leyton Hammonds doesn’t hate the treadmill at all- in fact, he’s for it-

“Once you hop off, there’s just no going and getting some water, having a break,” he said. “He’s like, alright, get back in the drill. So it’s tough but building character, building mental toughness, physical toughness, I’m all for it.”

Sophomore Davon Dillard, who has shown rapid improvement since practice began, realizes what the treadmill stands for as well-

“He said hey, if you’ve been on the treadmill, he likes you,” Dillard said. “So I’m glad he likes me.”

While many players will be familiar faces from last year’s team, this Cowboy team’s mental makeup will be completely different from a year ago. Under this coaching staff, the Cowboys will play smart, focused, and unafraid. Anyone else ready for hoops to start?