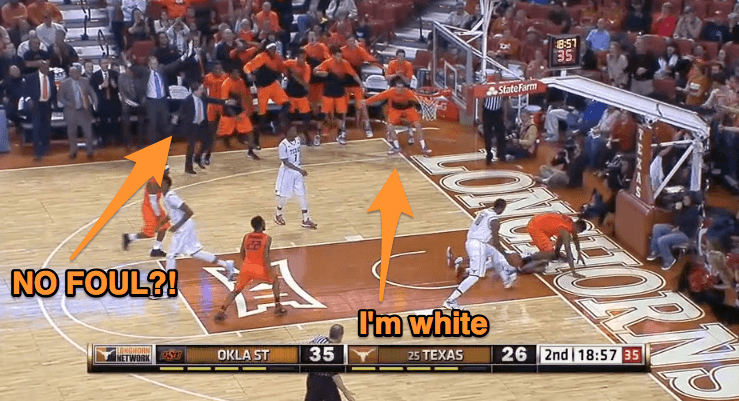 I mentioned this in my thoughts and notes after the game but in the first half on Wednesday, after Le’Bryan Nash’s 1,394th failed attempt at dunking on an opponent, I wrote the words “Why does Nash try to dunk on everyone?” in my notebook.

About 45 minutes later I got an answer.

The whole thing started with a Demarcus Holland turnover. Jeff Newberry got out on the fast break while Holland got back and had absolutely no clue what was about to go down. 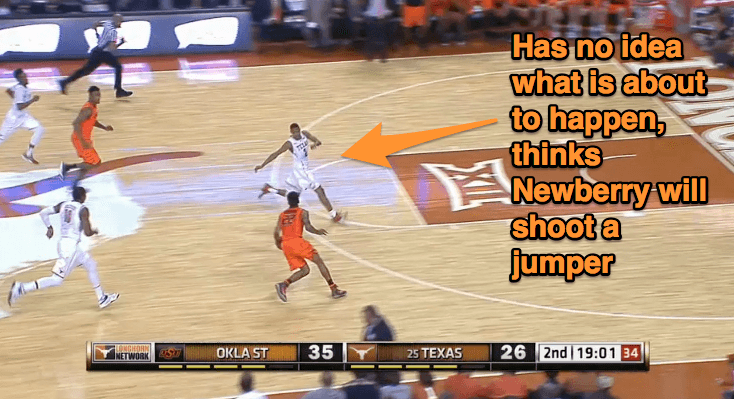 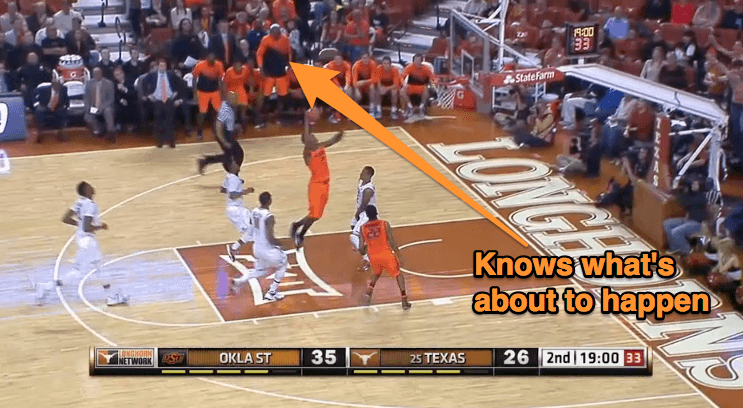 The two best parts immediately following the dunk from this photo were Travis Ford asking for a foul and Ford Stuen doing the white man “hold everybody on the bench back even though nobody is going anywhere” thing. 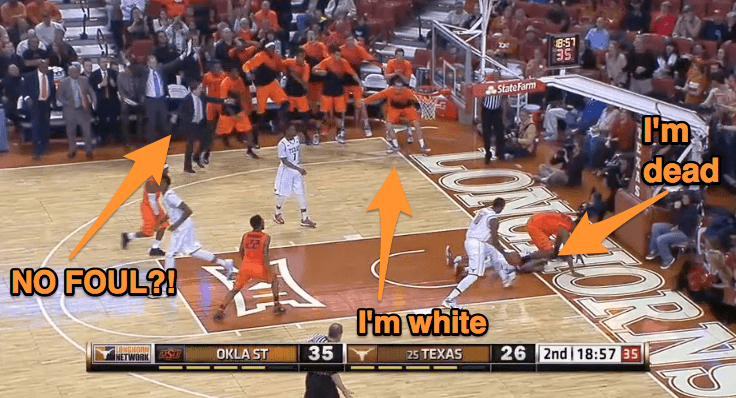 The best part of all of it?

Easily Anthony Allen high-stepping from his spot on the bench.

Also, this is not going to be hung in Demarcus Hollands’ parents home (or the homes of any of his relatives). 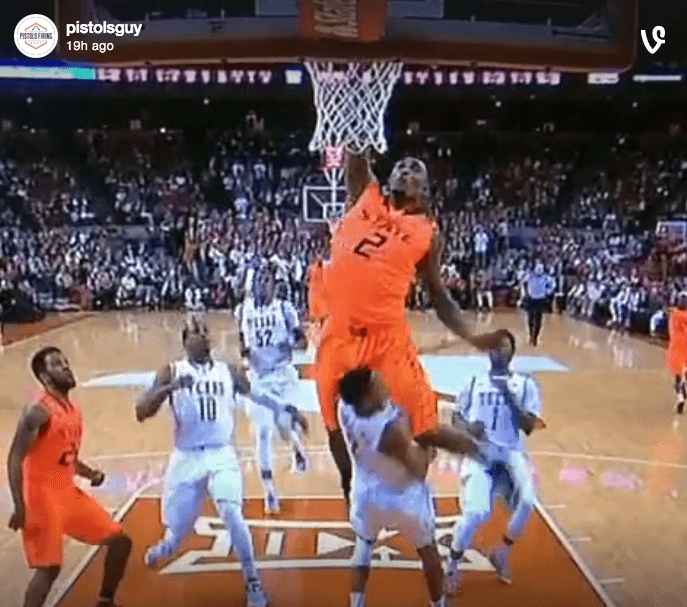