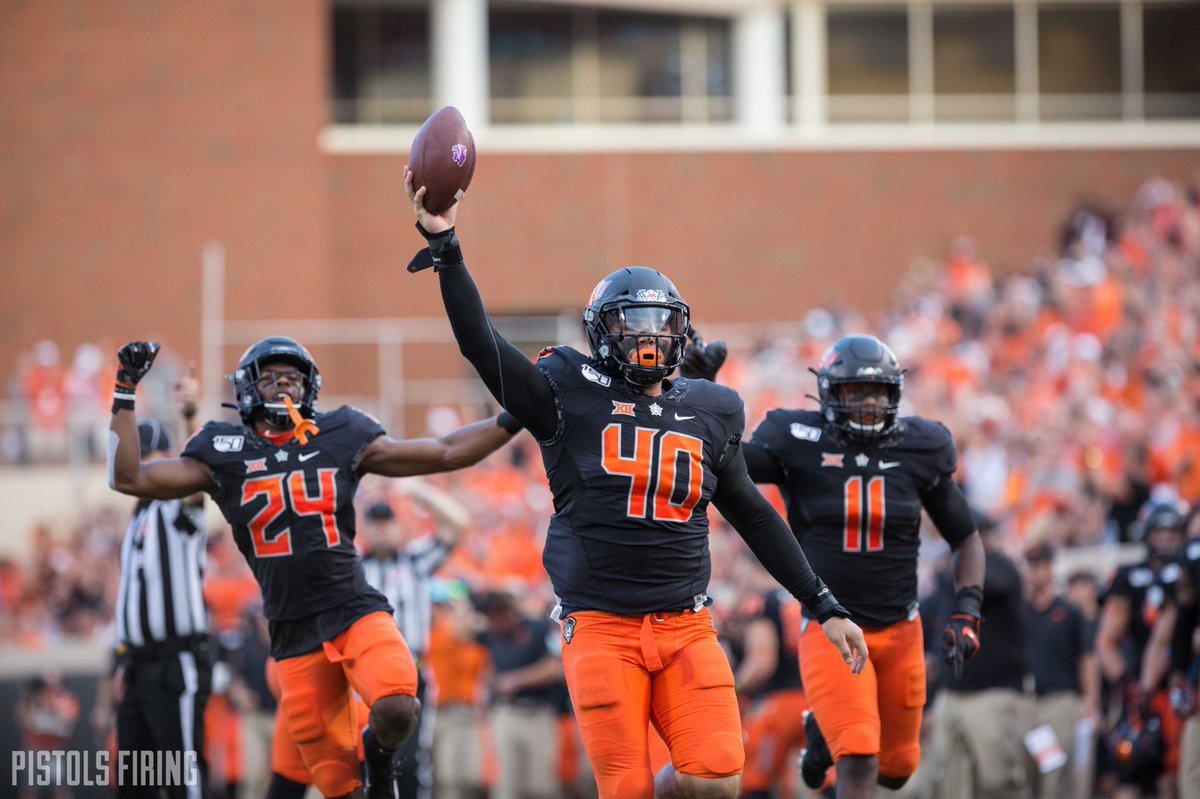 About a month ago, most Oklahoma State wrestling fans perked their ears up a bit when Scott Wright from The Oklahoman reported that OSU football stars Brock Martin and Malcolm Rodriguez had joined the OSU wrestling team.

The pair combined for five Oklahoma State wrestling titles in high school with Brock winning three, and many presumed Martin may have a chance to insert himself into the lineup at heavyweight where the Cowboys have struggled a bit this season.

However, Pistols Firing has learned that Martin is no longer working out with the wrestling team as he was pulled by the football staff and asked to return to the offseason football workouts.

Brock Martin gets quite the cheer during introductions. pic.twitter.com/wSQDNkMZSa

The Cowboys have split the starting heavyweight role between Austin Harris and Cornelius Putnam. It is presumed that Harris will get the start for the Big 12 tournament next weekend as he’s filled the role for most of the season.