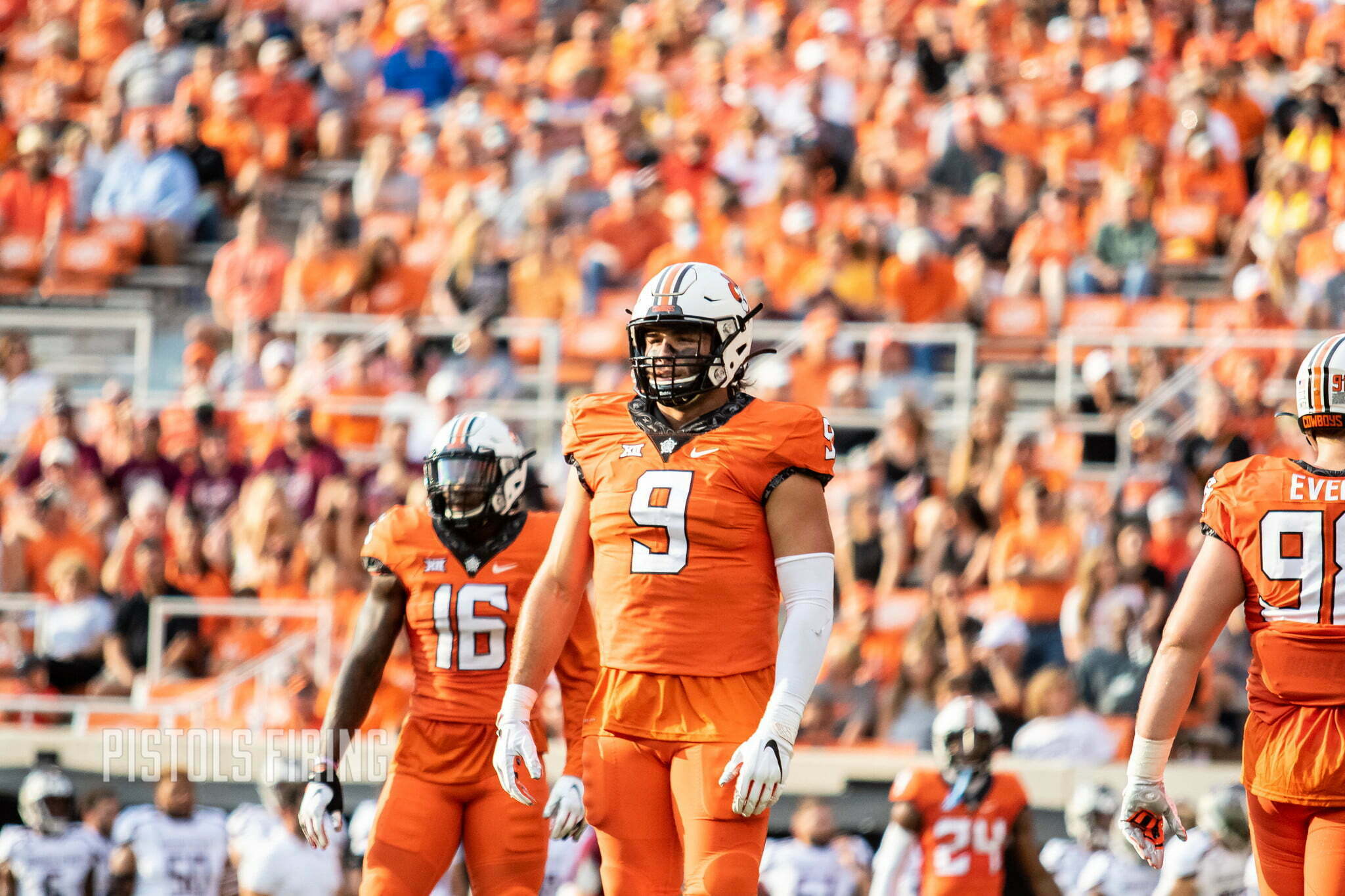 Redshirt senior defensive end Brock Martin plans to be a redshirt super senior in 2022. The Oologah, Oklahoma native will return to the program next season as he pursues a Masters degree at OSU, Mike Gundy revealed Saturday night in his post-game press conference.

Martin has been battling through injury this season but was huge for the OSU defense in the win over Texas, which played a major role in the comeback win. He recorded a tackle for loss, a quarterback hurry and two tackles in the win.

“His arm is back to normal, but it’s still sore,” said Gundy of Martin, who had not played in nearly a month. “It’s really painful. He’s one of those guys that loves to play. You know, he’s coming back next year. . . then he’ll donate his body to science.”

Martin played in every game for OSU in 2018, 2019 and 2020 as an iron man for the OSU defense and his return in 2022 should give that unit some much-needed stability and veteran leadership. He’s coming off a career year in which he logged 2.5 sacks and recovered two fumbles and has already matched his career-high sack total this season of 2.5.