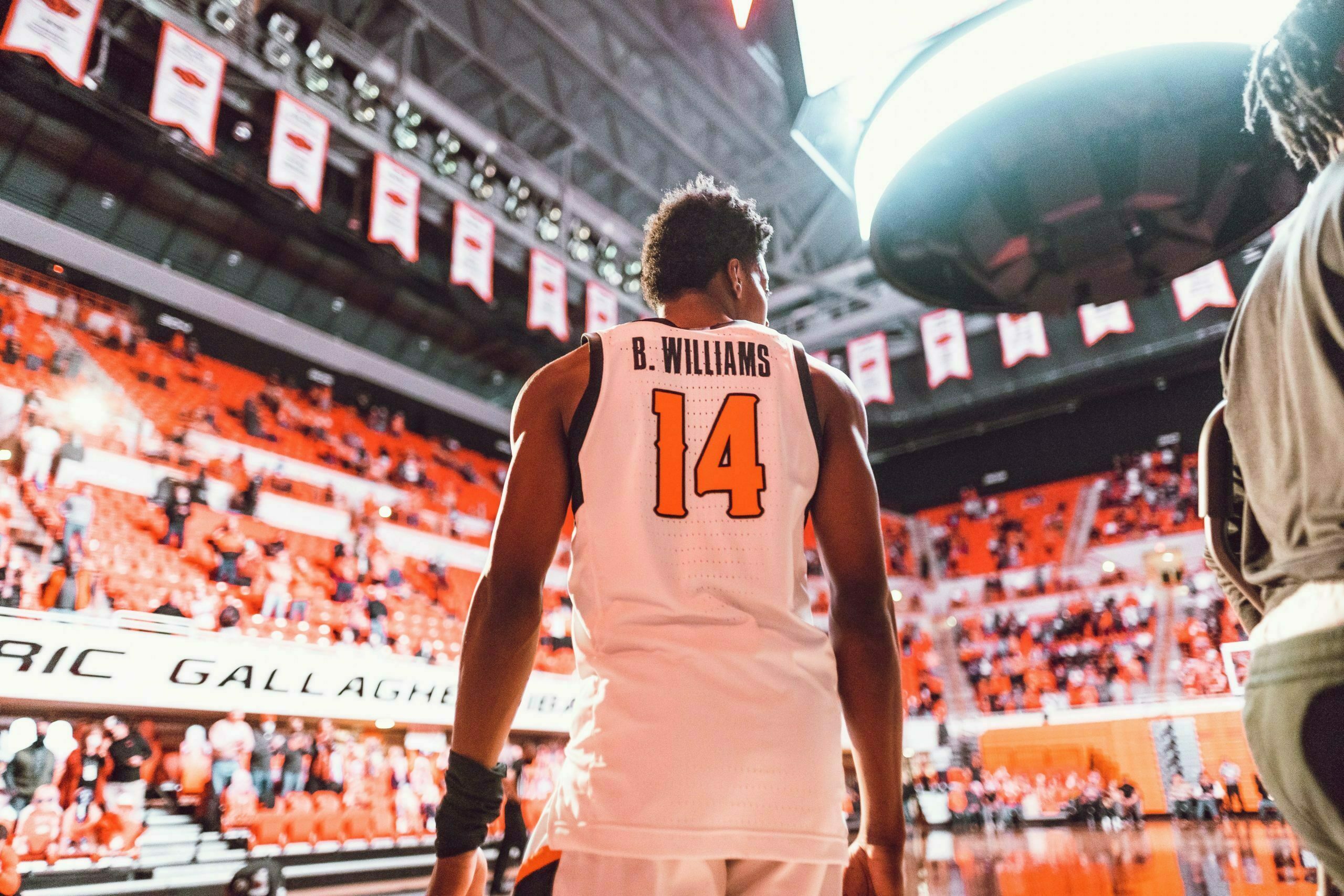 A of the questions of the Cowboys’ offseason has been answered: Bryce Williams will be back.

Williams is taking advantage of the NCAA’s extra year edibility waiver because of the pandemic, he announced Monday. It has seemed like Williams would return for a while. He stuck around Stillwater for the Cowboys’ offseason workouts and has also worked at OSU coach Mike Boynton’s youth camps. But now things are official.

Williams transferred to Oklahoma State from Ole Miss ahead of last season and was a key cog into the Cowboys’ NCAA Tournament team. A 6-foot-2 guard, he averaged 7.3 points a game last season. He also joined Isaac Likekele as the only Cowboys to have an assist-to-turnover ration above one.

Williams made 19 starts this past season, and his 34 3-point makes were second on the team to Cade Cunningham.

Perhaps his most memorable plays as a Cowboy thus far have come on the defensive end with two game-icing steal and slams.

With the Cowboys up 76-72 in overtime in Lubbock with less than two minutes to play, Williams cut off a Mac McClung pass threw down a tomahawk dunk at the other end.

Ten days later, the Cowboys’ hosted then-No. 6 Kansas. OSU led 73-70 with 4.2 seconds to play when Williams stole an inbound pass before setting up a self-alley oop reverse jam at the buzzer.

With Williams’ return and the addition of Kansas transfer Bryce Thompson, the Cowboys have a deep backcourt. Other guards include Likekele, Avery Anderson and Keylan Boone. Chris Harris and Donovan Williams are set to return from injuries that kept them out most of last season, as well.

Williams’ return also gives the Cowboys the opportunity to use 14 scholarships for the 2021-22 season, one above the normal 13. With offseason additions Thompson, Tyreek Smith and Woody Newton, OSU still has one scholarship available.