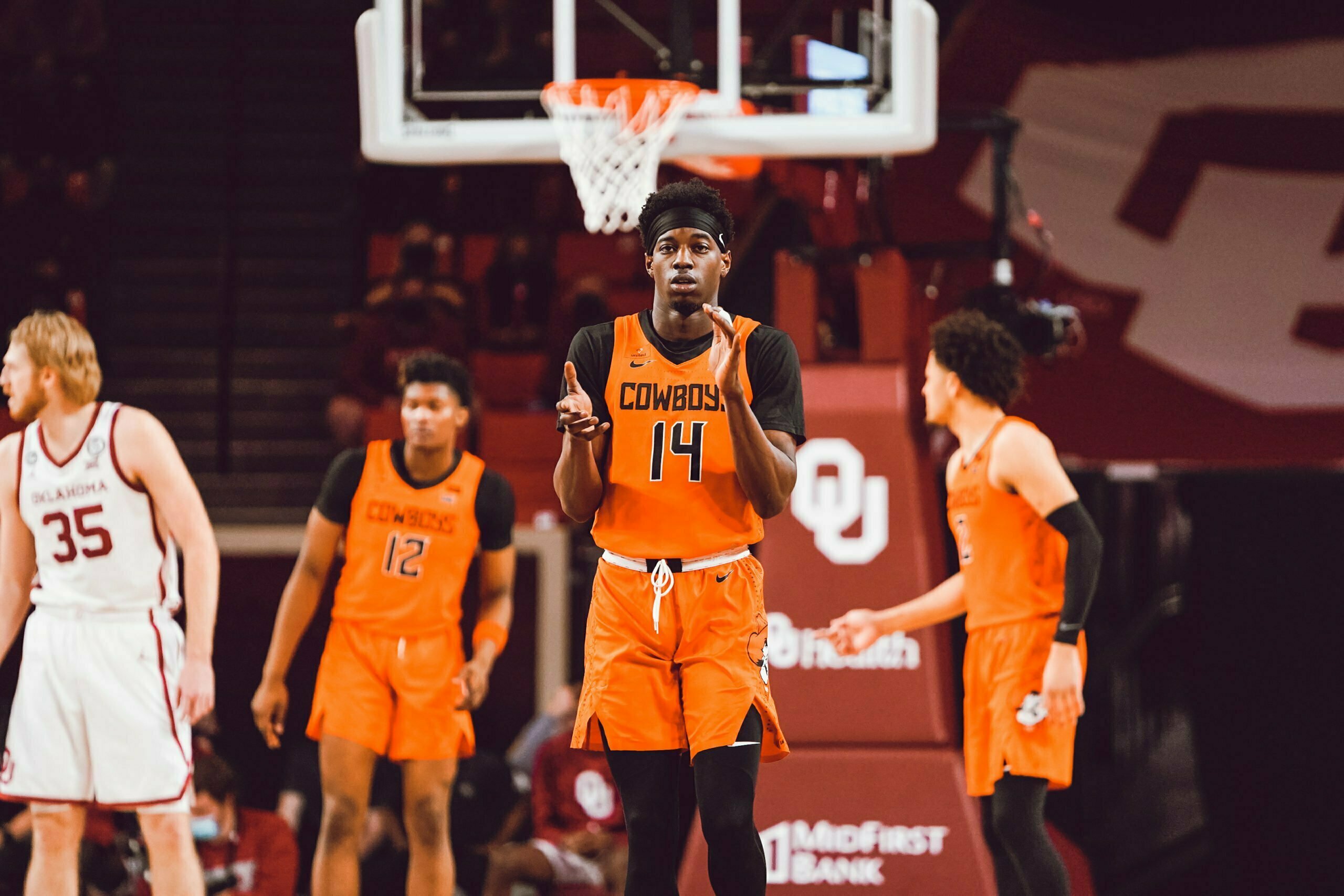 Bryce Williams will go through Senior Night festivities on Monday night, but he could be back for another season in orange and black.

With the COVID-19 eligibility waiver, Williams could return to Oklahoma State for a season after what is his senior season. It’s been a decision Williams said he has put a lot of thought into.

On Sunday night, the guard from Tampa, Florida even tweeted out “Should I come back?”

OSU fans flocked to the tweet in support. The OSU basketball twitter account posted a poll in the comments that, as of writing, 97.4% of the 1,993 people who voted on the poll said yes, Williams should return.

Williams transferred into OSU from Ole Miss, where he spent one season. Before that, Williams played on the junior college level at Daytona State.

He has turned into Mike Boynton’s most successful transfer addition since Kendall Smith in Boynton’s first season.

A ridiculous athlete, Williams has starred offensively and defensively for the Cowboys this season. He hit four big 3-pointers in the Cowboys’ overtime victory against Oklahoma on Saturday.

On the year, Williams has started 13 games this season. He is averaging 7.7 points a game.

Monday’s game against Oklahoma could be his last in Gallagher-Iba Arena, or he could return next season.

“Coach Mike and the coaching staff and the players, all this family culture, it makes me want to come back,” Williams said. “But I don’t have no straight answer for you because school is my enemy.”