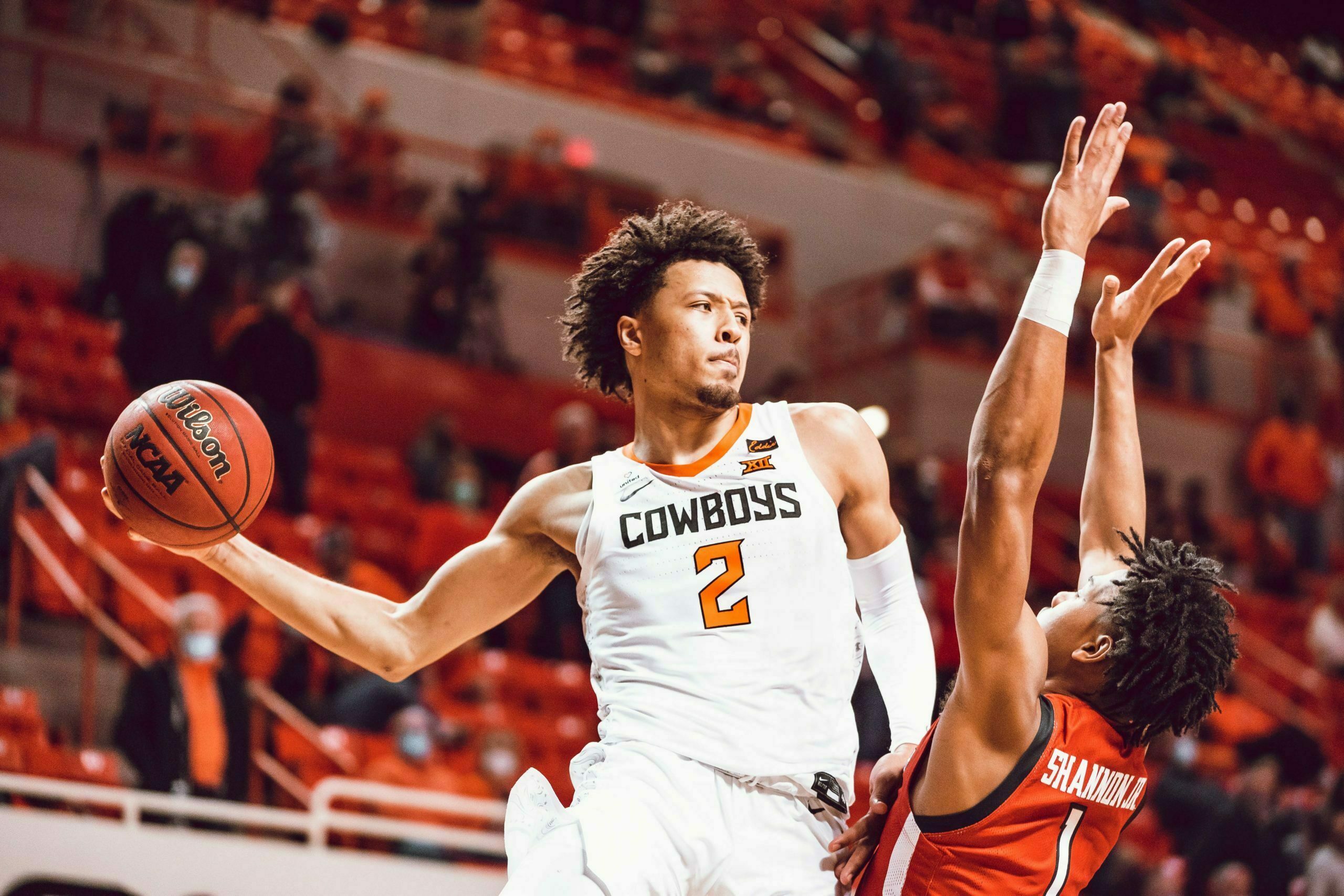 Cade Cunningham has settled into the NBA Summer League.

After a pair of good games to start the Sumer League, this year’s No. 1 pick played great Friday night in Las Vegas. His Pistons beat the New York Knicks 93-87. Cunningham finished with 24 points, seven rebounds and three assists. He was also a game-best plus-23.

Cunningham was more efficient Friday than he was in his first two Summer League games. Against New York, Cunningham was 8-for-14 (57%) from the field and a smooth 7-for-10 from 3-point range.

Cunningham was hitting defenders with his patented breakdown and step-back jumper.

And he was a menace off the ball in the catch-and-shoot realm.

The Pistons advance to 1-2 in the Las Vegas Summer League with their fourth game coming Saturday against the Lakers at 9 p.m. on ESPN2.

Kendall Smith Gets Some Run with Warriors

Kendall Smith, another former Poke, logged 13 minutes in the Warriors 94-84 win against the Oklahoma City Thunder. Smith missed all five of his shot attempts but had four rebounds and four assists and the Warriors were plus-8 with Smith on the floor.