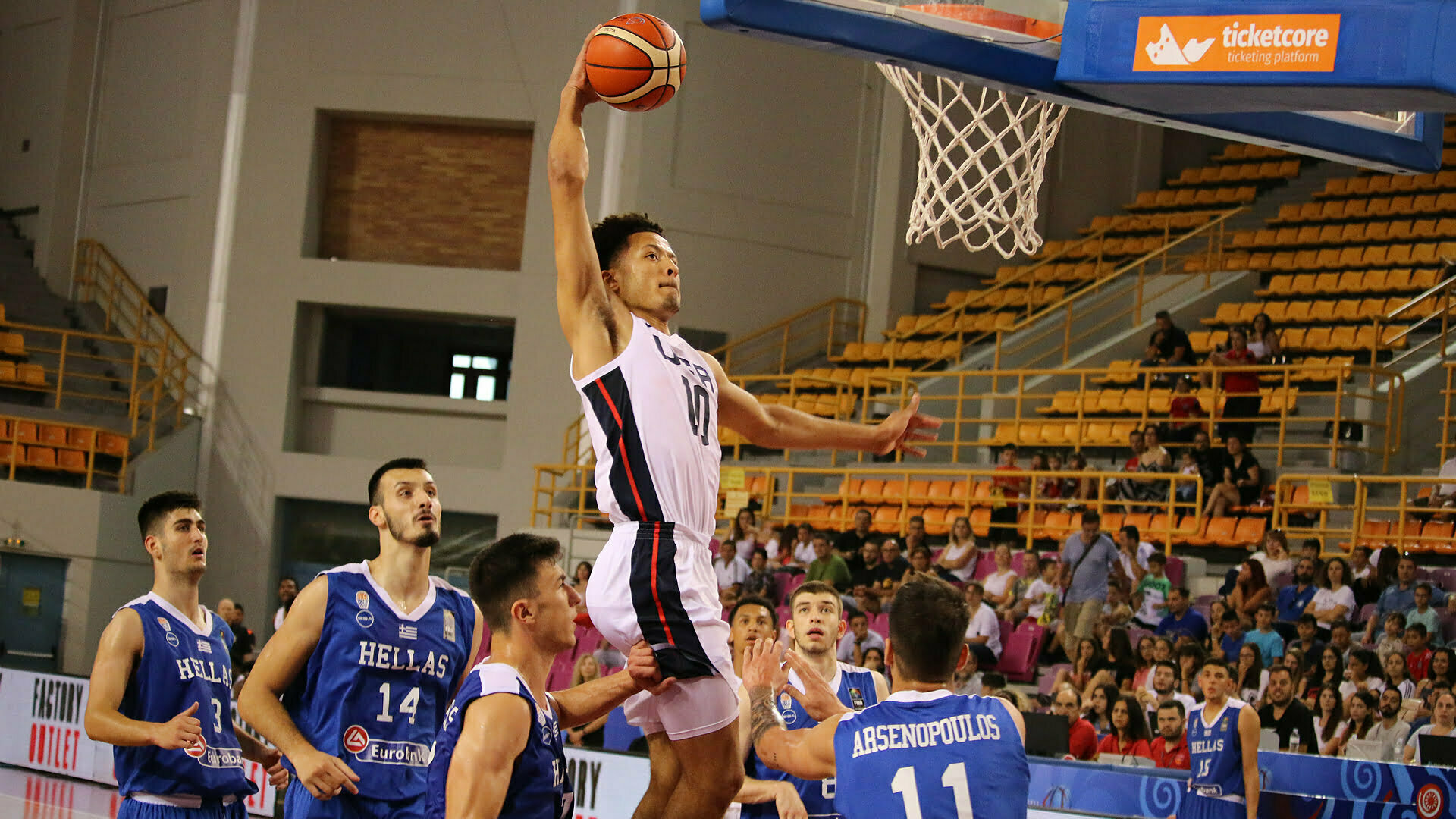 It didn’t take long for America’s U19 squad to put its imprint on foreign soil. Just a day after landing in Greece, the red, white and blue crew took it to the hosting national team in an exhibition game — and a certain highly-touted prospect led the way.

His backcourt mate — potentially of the now and of the future — Isaac Likekele had 6 points of his own (3-of-5 from the field) and four boards, two helpers and three takeaways.

Cunningham was pleased with his team’s effort and more please just to get on the court after a long trip.

“I think the game was good for the team and helps brings us together a little bit more especially after the long flights, the long trip over here,” said Cunningham. “It’s a good win for us and I think it will help us in the long run. It’s a long tournament so it was good to get a good little exhibition game in and come together as a team.

“Throughout the whole training camp, Coach Weber and all the other coaches preached defense, so coming and playing in the first game and making that a focus was big for us and I think it will help us throughout the tournament.”

Let’s hope they do enjoy a long run together, first of all for the sake of patriotism, but secondly — and slightly less — for the sake of a budding and hopefully inseparable friendship with Likekele.

Cade Cunningham dominated scrimmage against Greece for a U-19 team, per source. "Unstoppable. Controls the pace, looks like a more athletic Jason Kidd. Not as fast, but shoots it better." Oklahoma State coach Mike Boynton with the SMART move to hire Cunningham’s brother on staff.

Oklahoma State has been rumored to be the surprising clubhouse leader in the pursuit of Cunnigham’s 2020-21 services and Mike Boynton’s recent hiring of his older brother Cannen made things even more interesting.

Team USA will face Serbia in its second of two exhibition games on Thursday. The preliminary round of the 2019 FIBA World Cup tips off June 29 and runs through July 7.