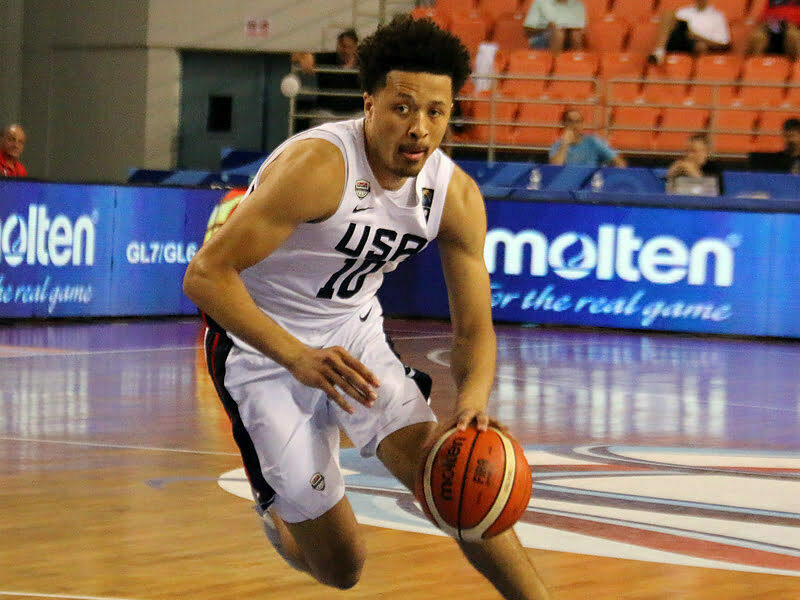 All top-10 high school hoops prospects are overhyped, and it’s wise to go into these situations with one eyebrow raised (looking at you, Keith Brumbaugh). But man, the consensus around Cade Cunningham is getting hard to ignore.

It’s all super heady stuff, but it’s also coming from all corners of the internet. SB Nation recently profiled Cunningham, and there were plenty of takeaways. Let’s start here.

Cunningham is a superstar for the modern game, following the NBA’s recent trend of oversized ball handlers. Though listed as a small forward for most of his prep career, Cunningham made the full-time transition to point guard after his sophomore year. For his size — 6’7, 230 pounds — he offers a rare combination of passing, handling, and the power to finish through contact. He may be the first player to ever be compared to Luka Doncic.

Born two weeks after 9/11 and still months away from his 18th birthday, Cunningham already carries himself like a pro. His star has risen so quickly that some recruiting analysts believe he’s the best NBA prospect in high school basketball. [SB Nation]

The best prospect in high school basketball! Still 17 years old! Luka Doncic comps! There’s even been a bit of talk about Cunningham coming into college for this season. That’s not going to happen (obviously), but that it was in play at all is 👀.

Cunningham’s star has risen so dramatically that he could be the frontrunner to be the No. 1 overall NBA Draft pick if he entered a wide-open draft next year, not in 2021. He is just barely old enough to reclassify and play college ball in the fall, which would make him 2.5 months younger than Zion Williamson when he was drafted with the first overall pick. Cunningham admits that he’s had discussions with his family about the possibility, but he’s comfortable with another year of high school ball at Montverde. [SB Nation]

I’m wary of hype around 17 year olds (for good reason!), but it’s not as if we’re just melding an Instagram account with some out-of-control bloggers for this amalgamation. My kinda-sorta colleague, Jerry Meyer — director of scouting for 247 Sports — has even been impressed.

Cade Cunningham (@cadecunningham_) had a complete game yesterday vs New Zealand making an impact on both ends of the court.

Beyond the stats, the scariest part is this was his 1st international game and he is turning *just* 18 in September. Would be tier 1 in 2020 *draft*. pic.twitter.com/1bbFnw72b0

Cunningham, if you’re wondering, is projected as the No. 2 pick in the 2021 mock draft by NBADraft.net (Bryce Thompson is also a lottery pick).

I don’t really know what all of this means for Oklahoma State. I don’t know that it makes it more or less likely to land him, although it’s clear from the profile that he and his brother are tight both on and off the court and that Cannen is a hoops mentor of sorts (good news!). But much less shocking things have happened than Cunningham giving OSU the Heisman and churning out a first-round season at a place where first-round seasons are churned (such as Kentucky).

Regardless of where he ends up, though, I’m fascinated by the talent. Fascinated by his maturity (at 17!). And fascinated by what he’ll become in a sport that is changing more quickly developmentally from prep to pro than maybe any other sport in the world.