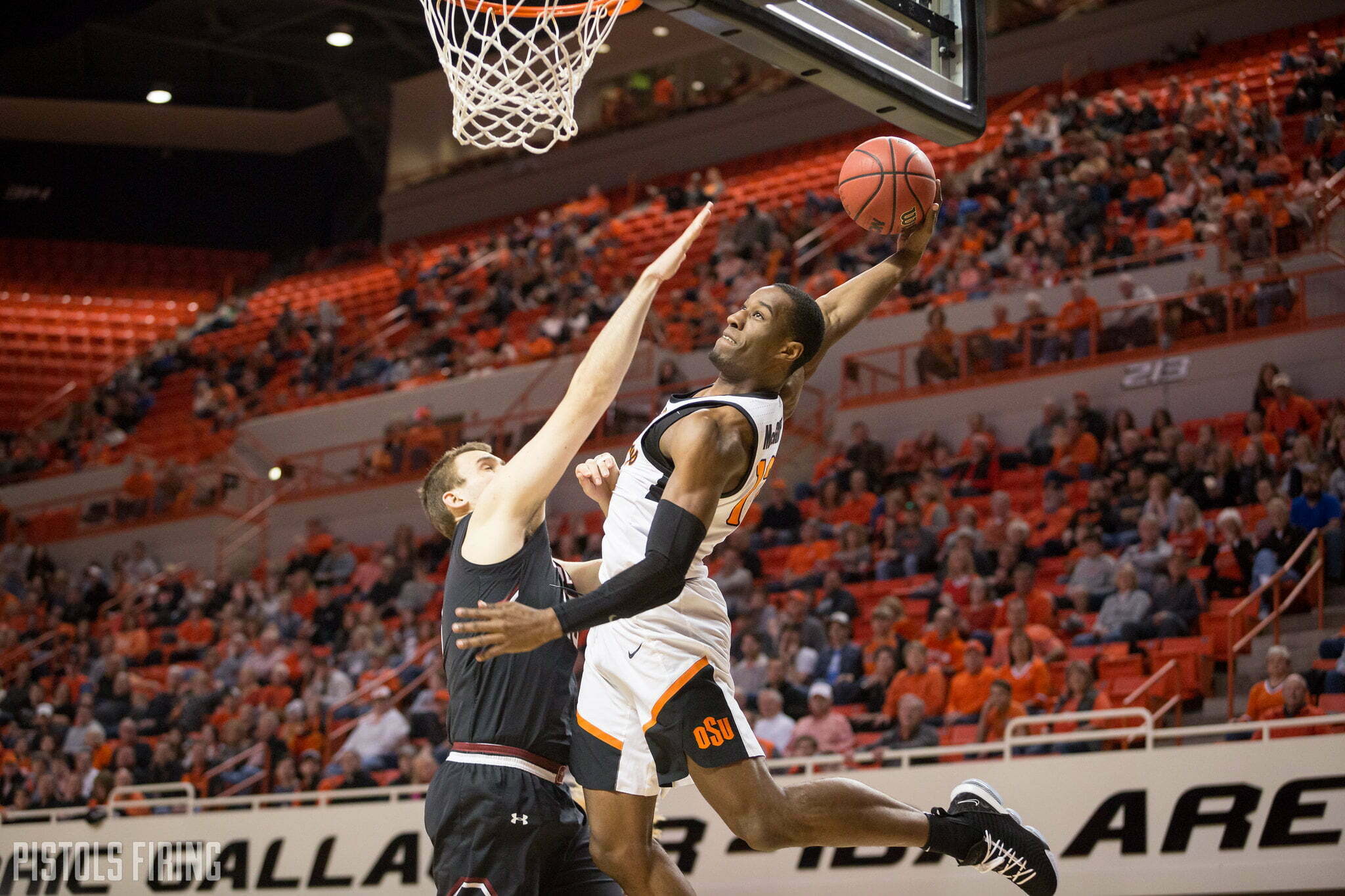 Oklahoma State’s Homecoming and Hoops is getting a bit of a face lift this year — with an emphasis on the lift.

The 13th edition of OSU’s Homecoming and Hoops is set to start at 9 p.m. Oct. 18 (the Friday before the Baylor football game), and it will feature a dunk contest with Cam McGriff, Marcus Watson, Avery Anderson and Kalib Boone as the participants.

Judges for the contest will include former Cowboy great Markel Brown, who knows a thing or two about taking flight in Gallagher-Iba Arena. Former Cowgirl great Tiffany Bias will also be a judge.

If you’ve followed OSU at all in the past three seasons, you should already know about McGriff’s uber-athletic abilities with jams like this:

Isaac Likekele goes from playing safety to quarterback in the span of a few seconds. Oh and #CamSlam pic.twitter.com/ebzFtMXj0B

And dancers aren’t the only people who get acrobatic in Allen Fieldhouse.

Watson brings a similar crazy athletic frame. Here he was as a senior in high school:

Anderson and Boone are probably underdogs coming in. Boone is no stranger to dunk contests, though. He won the Faith 7 Bowl dunk contest this summer.

Missed Kalib Boone’s second dunk, which was his best, but his third was pretty good, too. Boone wins the Slam Dunk contest. #OKPreps pic.twitter.com/khNCDmkeYl

At 6-foot-2, Anderson is the shortest scholarship player on OSU’s roster. But that just makes it all the more impressive when he does stuff like this:

Homecoming and Hoops will also feature introductions to the OSU men’s and women’s basketball teams, an inter-squad 3-point challenge, and more.

The doors open at 8 p.m. and admission is free.