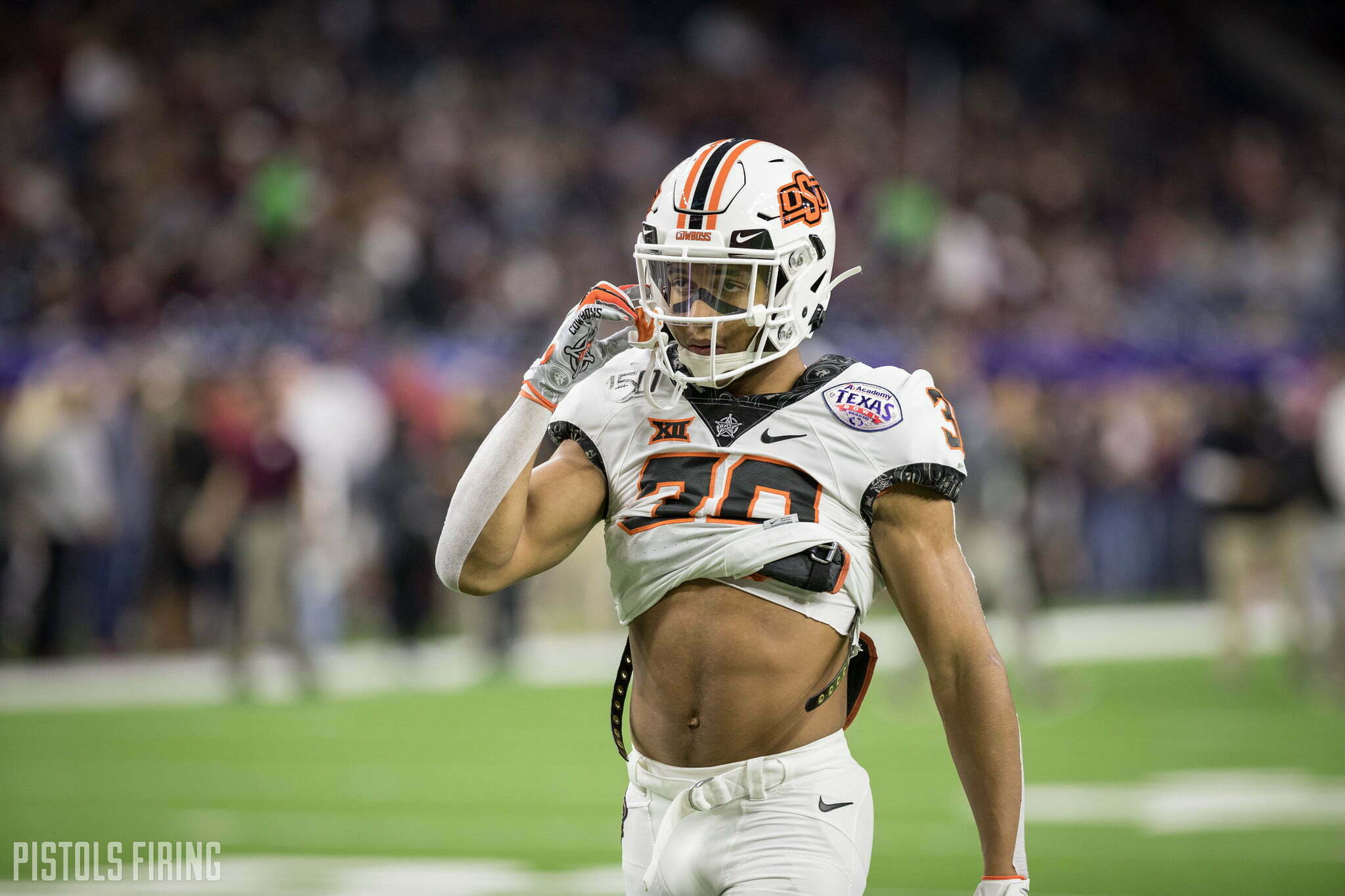 Chuba is headed to Carolina.

The Carolina Panthers selected the record-setting college rusher with the 21st pick in the fourth round of the 2021 NFL Draft, the 126th selection overall.

Hubbard started his career off as an exciting niche speedster behind Justice Hill in the Cowboys’ RB pecking order. But he soon proved to not only be an all-around back, but he also turned in one of the most impressive rushing campaigns college football has seen in recent memory.

As a sophomore, Hubbard led the nation with 2,094 rushing yards earning him unanimous All-American honors and Big 12 Offensive Player of the Year. That season total ranked behind only Barry Sanders’ 1988 Heisman year in program history and was the No. 3 rushing total in Big 12 history.

After he and Tylan Wallace chose to come back for the 2020 season, the buzz was palpable in Stillwater. But Hubbard struggled with nagging injuries for most of the season before finally shutting it down after seven games. He still led the Cowboys in rushing, totaling 625 yards and five scores on 133 attempts, earning him All-Big 12 Second Team honors.

Despite the NFL Draft Combine being canceled because of COVID-19, Hubbard still showed out at OSU’s pro day, running a 4.48 40-yard dash and recording a 36-inch vertical jump.

Hubbard leaves Oklahoma State as the No. 8 rusher in school history and his 33 rushing TDs also ranks eighth among Cowboys all-time.

Hubbard joins a backfield with the dynamic Christian McCaffrey. Out of Stanford, McCaffrey has ran for 3,145 yards and 29 touchdowns in four NFL seasons. He also has 2,672 receiving yards and another 16 scores.

Former Baylor coach Matt Rhule coaches the Panthers. Rhule had a front-row seat to Hubbard’s NCAA-leading season in 2019 when Hubbard ran for 177 yards and two TDs against the Bears.