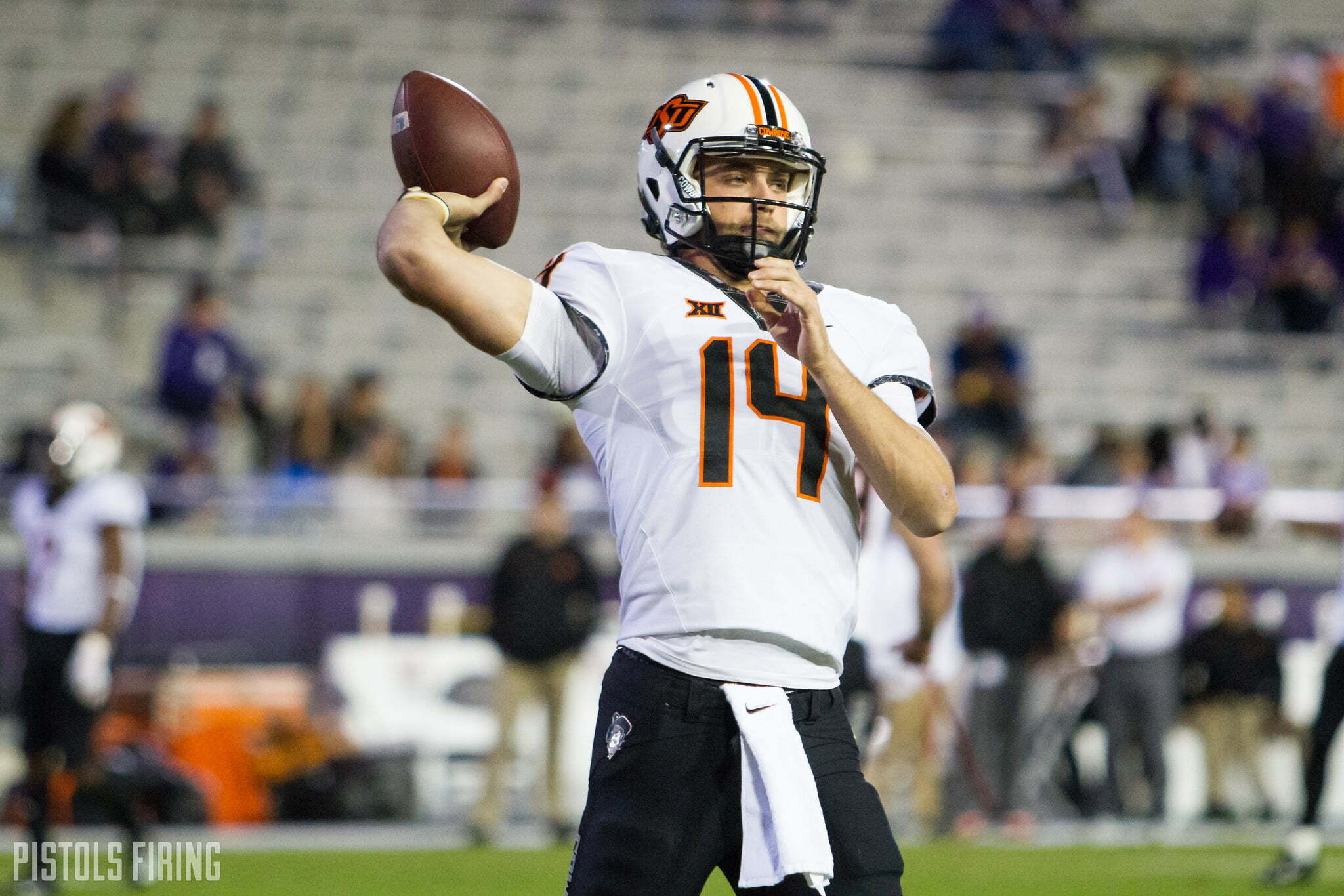 OSU’s first Saturday without either a game or a game to look forward to the next week passed on Saturday as conferences across the country hosted their title games. Here’s a recap of the Power 5 championship scores.

So who’s in the College Football Playoff? CBS Sports tells me Alabama will play OU and Clemson will play Notre Dame in the CFP, and I think I probably agree with that. It would be difficult for No. 6 Ohio State to jump No. 5 OU, and even though No. 4 Georgia balled with No. 1 Alabama, is the committee really going to take a two-loss non-conference champ over two blue-blood conference winners with one loss each? I’m dubious.

What that means for Oklahoma State — if OU does go to the CFP — is that Texas will go to the Sugar Bowl as the Big 12 must have a participant in that game. West Virginia and Iowa State will fill the Alamo and Camping World Bowls, and the Pokes are left alongside Baylor and TCU to fill out the rest.

So OSU’s destination on Sunday, assuming OU gets in the CFP, will depend on what the Texas Bowl wants to do and what kind of matchup it wants. They have first dibs with the Liberty and Cheez-It coming in after that.

CBS Sports also projects Alabama, LSU, Georgia AND Florida playing NY6 games, which means Texas A&M likely wouldn’t fall to the Texas Bowl. Because of that, and because the Texas Bowl could be filled with an Auburn or somebody like that from the SEC, the Texas Bowl committee could be more inclined to pick a team from Texas on the Big 12 side — in this case, TCU or Baylor.

But again, who knows. We (think) we know now that OSU will either be in Phoenix on Dec. 26, Houston on Dec. 27 or Memphis on Dec. 31. Of course that’s also not a lot more than we knew 24 hours ago before OU downed Texas and Alabama touched off another perfect season.

The CFP will be announced at 11:30 a.m. on Sunday, and the other bowls will be filled in after that.