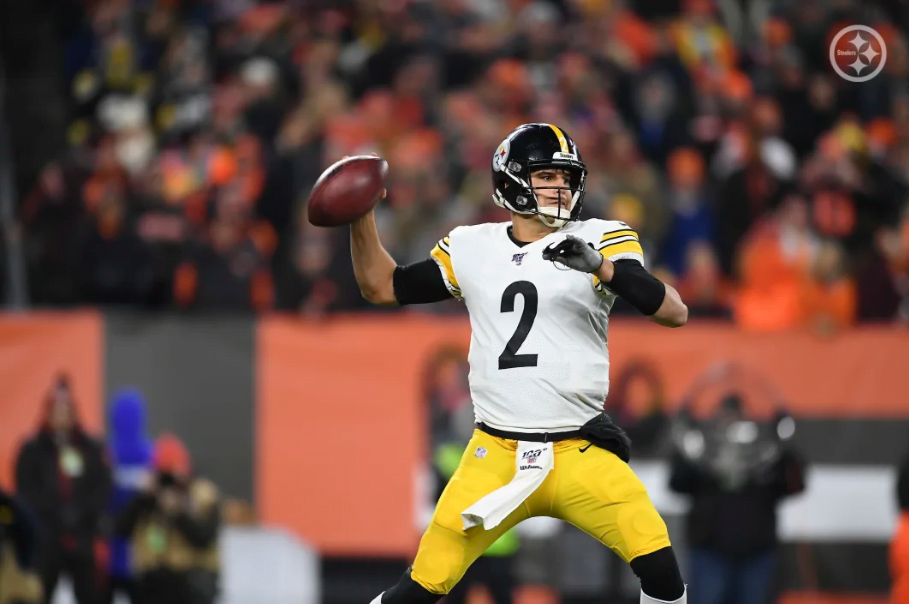 I’ve seen Bedlam games get out of hand, but the end of the latest matchup between Mason Rudolph and Baker Mayfield got downright nasty.

With eight seconds remaining in the Pittsburgh Steelers’ road loss to the Cleveland Browns — and with the game being all but decided — Rudolph was taken down by Cleveland defensive end Myles Garrett and pushed into the ground hard. Following the play, a scuffle broke out with Garrett ripping Rudolph’s helmet off by the facemask and then eventually hitting the second-year QB over the top of the head with it.

Here’s another look of Rudolph taking that helmet to his head.

"That's one of the worst things I've ever seen on a professional sports field" pic.twitter.com/UdOrcDV7Y0

Three players including Garrett were ejected from the game, but expect a lengthy suspension for the former No. 1 over pick. After the game, even Mayfield called Garrett’s actions “inexcusable.”

The scene was the definition of adding injury to insult. Rudolph spent most of the night running for his life and threw a career-high (college and pro) four interceptions as the Steelers fell 21-7 and ended a four-game winning streak. The two teams will meet again on December 1. I have a feeling Garrett won’t be available for that game.