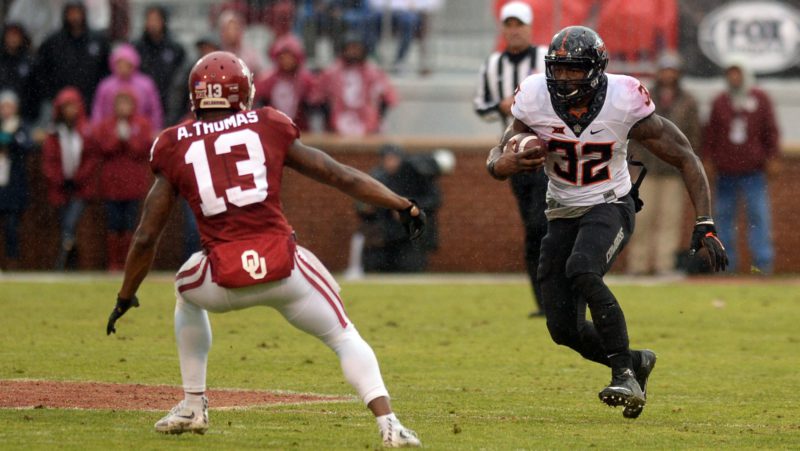 Outgoing senior Chris Carson has been invited to attend the NFL Scouting Combine. Carson rushed for 559 yards and nine touchdowns in nine games, despite missing multiple games early in the season with an injury. He was the perfect compliment to budding freshman Justice Hill.

After a lackluster 2015 season for not only Carson but OSU’s running game as a whole — and missing four games with a hand injury — Carson played the best football of his career down the stretch of 2016. In his last seven games, Carson averaged 7.3 yards per carry and rushed for eight touchdowns.

After a career-high 146 yards against TCU, Mike Gundy predicted Carson would get a chance to play at the next level.

“The attitude he brings to the game, in the running game – he’s a completely different person than he was last year, and I told the team that. He’s going to be in an NFL camp now, in my opinion.”

It looks like Carson is one step closer to making his dream a reality. The Combine will be held from February 28 – March 6, 2017 in Indianapolis, Indiana.

We know Carson is a freak athlete. And his numbers at the combine will likely measure up with the best. So don’t be surprised if he improves his potential draft stock with some eye-popping mearsureables.