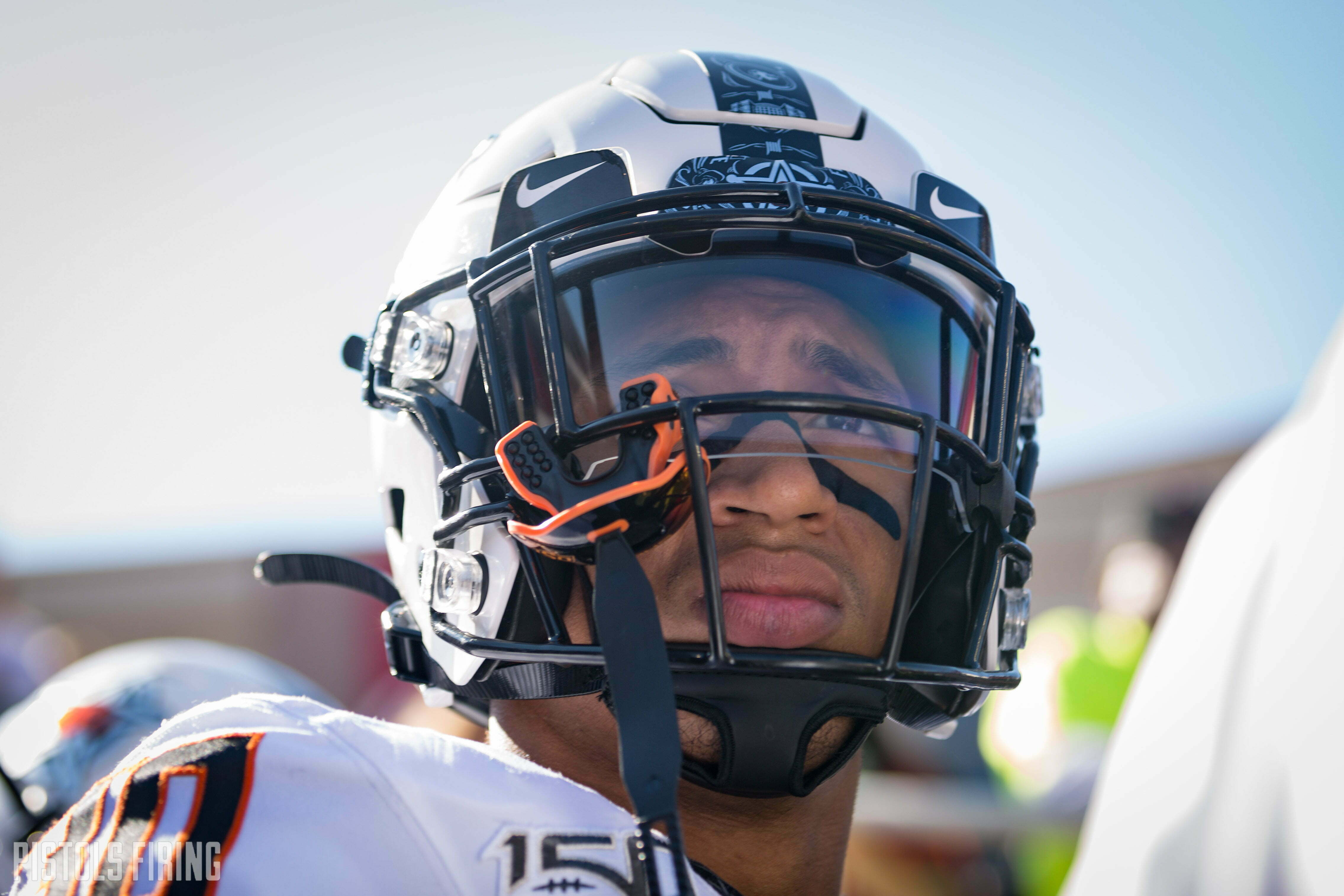 The Cowboys might not have played up to expectations Saturday, but Chuba Hubbard still looked super human.

Hubbard did about all he could in Oklahoma State’s 45-35 loss to Texas Tech in Lubbock. Hubbard, the nation’s leading rusher, carried the ball 34 times for 156 yards and three touchdowns.

He becomes the third OSU running back to reach 1,000 yards in the first six games of a season, joining Barry Sanders (1988) and Ernest Anderson (1982). Sanders and Anderson went on to finish those seasons as the country’s rushing leader.

Texas Tech’s defense proved stiffer competition than Kansas State’s was last week for Hubbard. His 4.6 yards per carry were the second fewest he put up in a game this season, only ahead of the 3.3 yards per carry Hubbard managed against Texas.

In terms of keeping pace with Sanders’ Heisman-winning 1988 season, Sanders’ ghost is starting to outpace Hubbard. That ghost only gets stronger, though, as Sanders doesn’t have another game under 200 yards in his remaining six. But there isn’t much shame in that for Hubbard. Here are how the numbers stack up through six games:

Hubbard ran for 105 yards in the first half Saturday. That marks his fifth triple-digit rushing half of the season. Here are those halves:

Red-zone offense has been a hot topic with OSU this season. The Cowboys were 12-for-22 in scoring touchdowns from the red zone entering the Tech game. OSU was 4-for-5 in the red zone Saturday, and a lot of that had to do with Hubbard, as he scored all three of his touchdowns from inside the 10-yard line.

His most impressive run of the day might have been his first score. Red Raider linebacker Jordyn Brooks met Hubbard behind the line of scrimmage, but with Brooks wrapped around his waist, Hubbard trudged his way into the end zone in a scrum of humanity.

Hubbard had no easy routes to the end zone, at least not as easy as he’s had in previous weeks. In all of his scores, Hubbard at least had to fight through an arm tackle.

Hubbard is on pace to have 351 carries, the third-most amount of rushing attempts in program history. No other Cowboys has surpassed 300 since Sanders’ 1988 season. Before he gets there, though, Hubbard will have a well deserved week off.