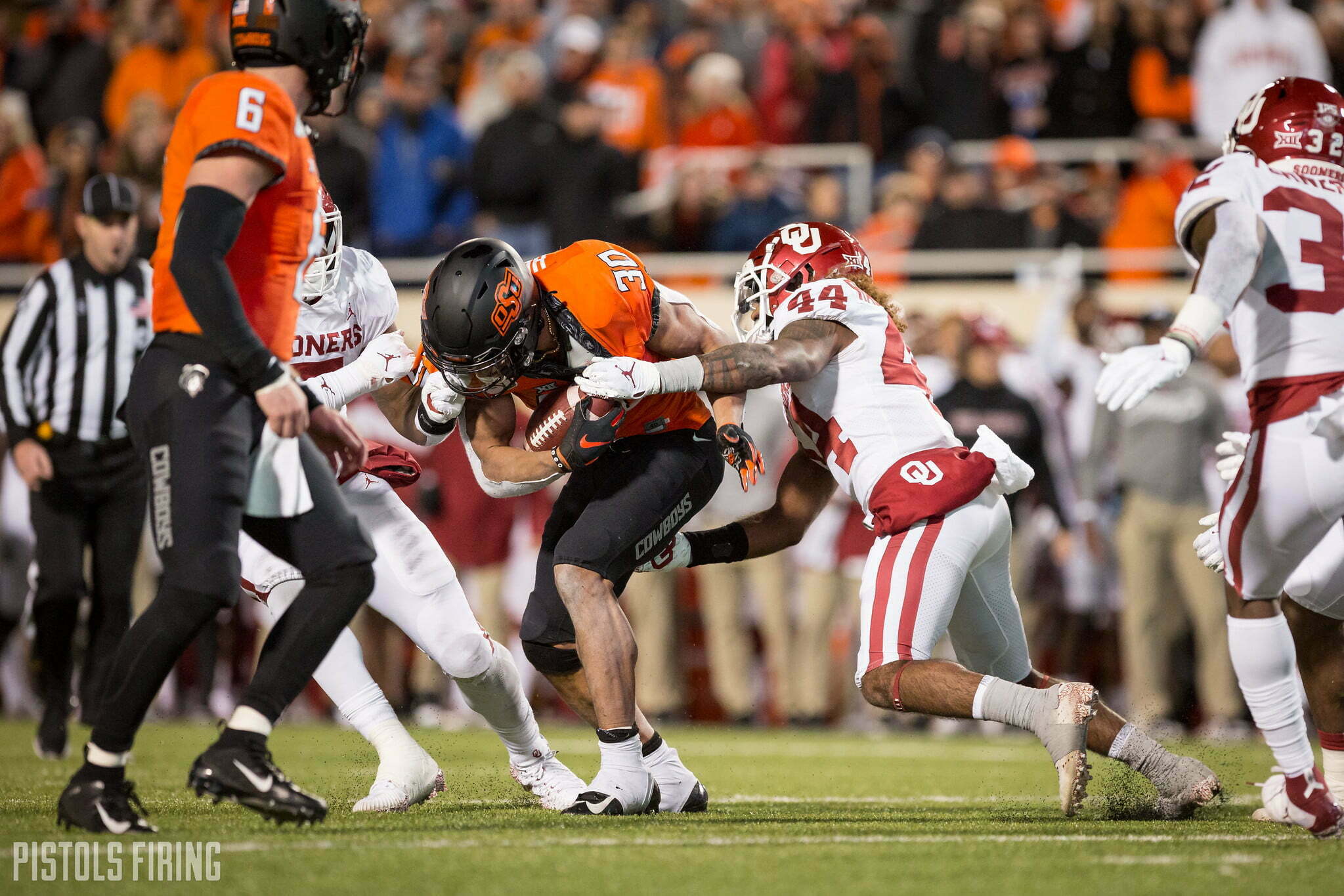 It’s happening, isn’t it? You don’t Instagram this photo and then announce that you’re ejecting for the NFL Draft, right? Right?!

There have been plenty of warnings and pseudo-warnings over the last few weeks. From Amen Ogbongbemiga tweeting out the Flash GIF to the Canadian flag thing (remind me why Todd Monken got involved there again??) to Tylan’s return to Spencer Sanders tweeting on Tuesday evening that this year was going to be special. This will have been the smokiest non-fire ever if in fact Chu does declare for the NFL Draft.

But I think the photo from Instagram at the top is the most compelling of all the evidence we have. Especially when you combine it with the fact that players are due back in Stillwater soon and that he said after the bowl game that he would have a decision by the end of this week.

It would be weird (and cruel to a set of fans waiting with bated breath, but we’ll focus on the weird) to send that out and then three days later — after getting back to Stillwater, where one source noted that he’s expected to report this week — you suddenly declared to turn pro.

Maybe that still happens, but I find it difficult to believe. There’s some momentum, too. Every piece of news over the last few weeks has broken Oklahoma State’s way. From Tylan to Kasey Dunn, even the Todd Monken stuff — while probably less smoky than some think — has at the very least been fun. One final exclamation point of good news to start 2020 would be tremendous.

I remain flipped here. I think it happens. I think Chuba stays another year. I think this for many reasons. One source I talked to last week who’s pretty close to it said he felt good about Chuba coming back. Kyle Boone did some reporting on what the NFL thought he was going to do. But mostly I can’t get away from that photo at the top.

Stuff on social is nebulous, and if we’ve learned anything over the past few years it’s that player (and sometimes coaches) love to troll. That’s fine. It’s all in good fun. So maybe I’m taking one picture sent out at a specific time (right before the second semester is set to begin on Jan. 13) too seriously. However, Chuba is a serious person, and I think the decision is set (complete conjecture). I could be wrong. Things could change. But I believe 30 is about to become Gundy’s biggest recruiting coup in years at some point over the next few days.