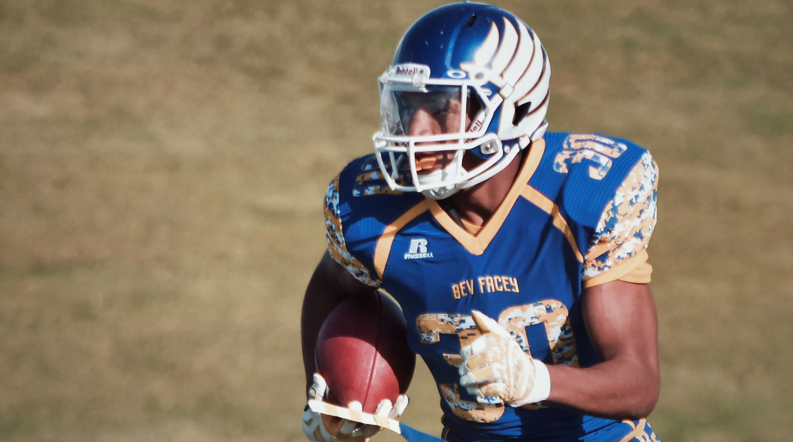 Oklahoma State loses the veteran presence of Chris Carson, Rennie Childs, and Barry J. Sanders this offseason. Outside of freshman all-american Justice Hill making his return as the starter, there is plenty of playing time readily available in 2017.

Enter Chuba Hubbard, the Canadian speedster and four-star prospect who has been committed to OSU since May. I caught up with him earlier this week to talk about some of his traits he brings to the table, when he’ll be on campus, and more.

Check out the full transcript below.

KB: What is Oklahoma State getting with Chuba Hubbard?

But on the field wise: They’re getting a versatile player. A playmaker. You know everyone talks about my speed, but in my senior season, I worked more on key things to prepare for Oklahoma State, like switching the ball, running harder, hands, etc. Now I feel I can break those long runs but when you need me on the third-and-3, I’ll be able to get that. I’m planning to come in around 205 pounds and after this track year I’m hoping to come in faster than ever.

I’m confident in my work effort and believe I can make a big impact for Oklahoma State.

KB: When will you be on campus to officially start school? And what are your personal expectations as a freshman of yourself?

Chuba: It really depends on what happens with track! Could be June or earlier (before he makes it to Stillwater), maybe even later than June.

I have three main goals as a freshman:

I admire Justice Hill a lot and I’m really excited to be able to learn from him and hopefully be mentored by him.

KB: There’s a lot of football players who have done track as well at OSU. Are you still planning to do both in Stillwater? And how do you think track helps prepare you / give you an edge as a football player?

Chuba: Yes I still am planning to do both! I actually have 2 friends on the track team that I’ve known for awhile! I think track gives me my “self drive” in a sense. In track it’s individual, it’s all about how much work you put in and I think that’s what gives me that edge. Not knowing how far I can go but knowing there is a chance, and obviously it plays apart with the speed and keeping me in shape. They both correspond to each other! The two best sports!

Hubbard says he is making his official visit to Stillwater next weekend.