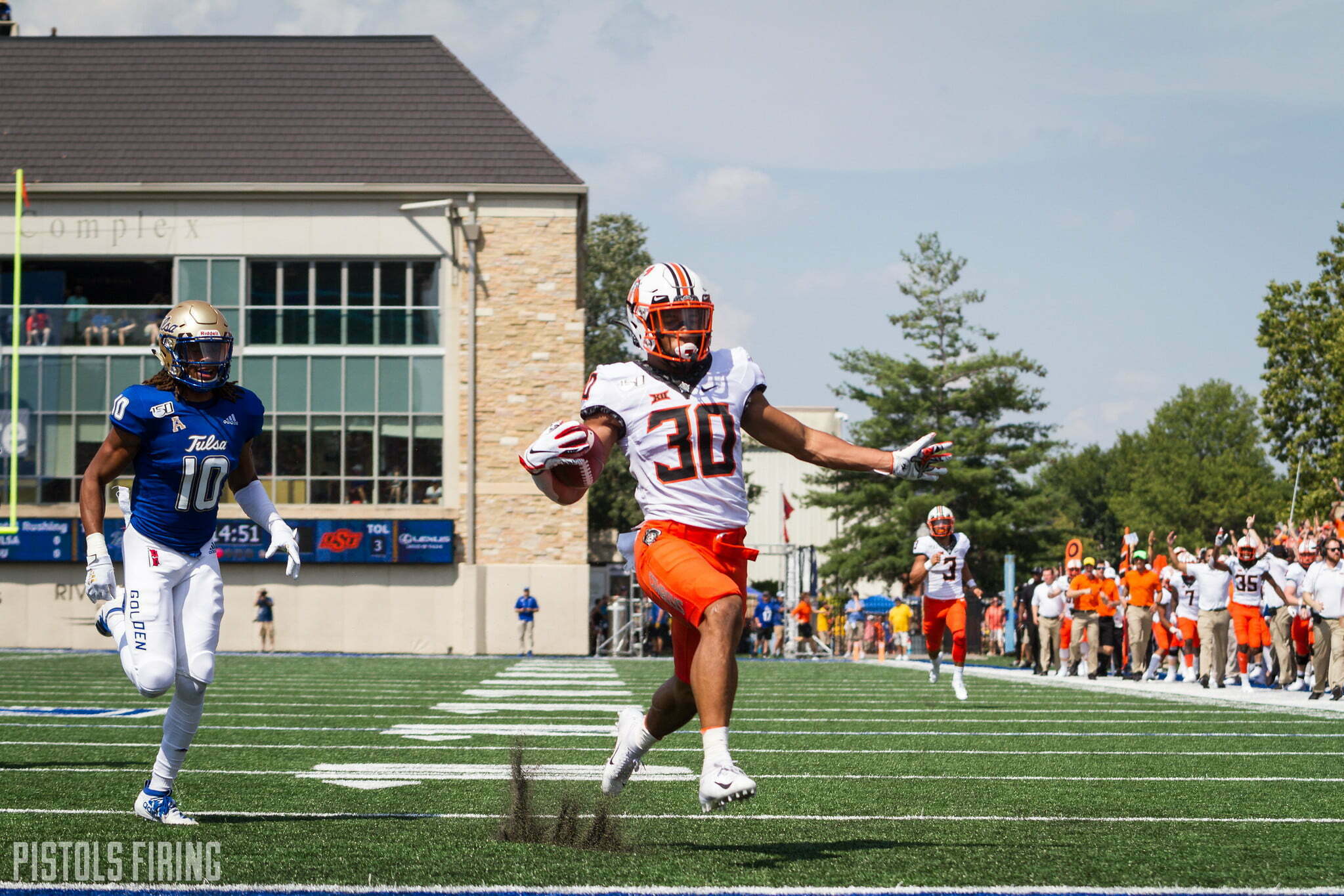 Chuba Hubbard is not going to win the Heisman.

Let’s get that out of the way up front. It’s just impossible for a running back from a team that’s not 14-0 or somewhere around there to take home the stiff-armed hardware.

However, that doesn’t mean he can’t have a Heisman-like season, which in fact he’s already doing. You all know the numbers. He’s had 521 yards through three games and looks legit poised to take 2K out to a flirtatious dinner later in the season.

Here’s where Hubbard stands next to past OSU All-Americans through three games of their seasons. The names on this list that Hubbard is among or above are just astonishing.

Obviously Sanders tops everything. Most yards, most yards per carry (9.0), most TDs and most yards per game. That 1988 season is never getting touched.

If you’re looking from a straight yards-per-carry perspective Chuba is among the greats (again, through three games). His 7.9 YPC is on par with Kendall Hunter in 2010 (7.9) and 2008 (8.0). And obviously nobody has more TDs.

And this is what a Heisman season season looks like through three games.

Me after seeing this the first time. ⤵️

In 1998, Williams ended with 2,124 yards on 361 (!!!) carries. IT’S ALMOST AS IF COLLEGE COACHES DIDN’T CARE 20 YEARS AGO ABOUT OVERWORKING COLLEGE ATHLETES NOR HOW MANY HITS THEY TOOK TO THE HEAD.

Or maybe even five years go. Derrick Henry carried it THREE-HUNDRED NINETY-FIVE TIMES in 2015 en route to his Heisman. He averaged 5.6 a carry so basically his great skill was not getting injured throughout a SEC slate.

Dayne and Williams only averaged 5.9 and 6.0 YPC, so it’s feasible that Hubbard out-gains all of these guys from a YPC perspective (he averaged 6.0 last year and 7.9 so far this season). But that leads us back to the very beginning.

If No. 30 continues on the trajectory he’s currently on, the numbers come December will be jaw-dropping. As world-class as his jets. But none of it will matter from an individual achievement perspective unless OSU has a 1 or 0 in the loss column. So it goes at non-Tier 1 schools whose players don’t have the buzz they probably should coming into the year. You have something to prove instead of simply having something to not disprove.

Regardless, it’s going to be fun to watch Chuba chase ghosts all season. Both in the OSU record books and in the national ones. If his off-field speed is anything like his on-field speed, it seems more than likely that he’s going to catch a lot of them.