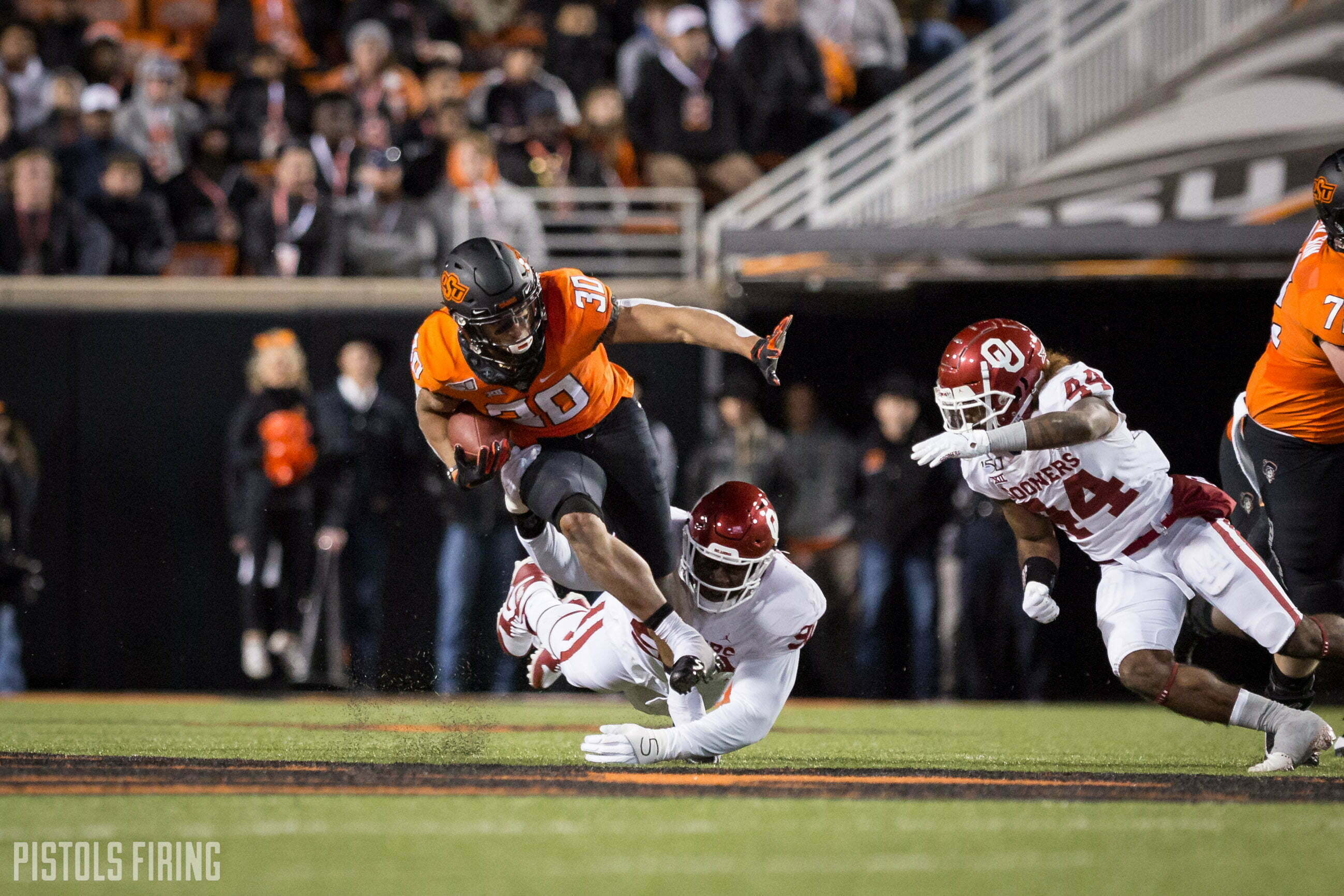 Instead, Hubbard crashed down to Earth on Saturday in a good (but not great) showing against the Sooners. He had 104 yards rushing, 13 yards receiving, a score, and two fumbles (none of which were lost). He was a very good running back, but on this night, there was no Heisman Moment™, no outdueling of Hurts. No, on this night, in another deflating Bedlam loss, Hubbard’s Heisman hopes died.

No running wild on OU.

OSU was one-dimensional in a game it quickly trailed in, and Hubbard’s steady diet of up-the-middle runs were as predictable a play call as any.

“We almost became one dimensional,” said Gundy. “They started by playing somewhat normally, then Chuba was hurting them. So they dropped down, and we started throwing. Then we got into a multi-score game and allowed them to be aggressive up front with twists and things like that.”

Hubbard’s fall from the elite to the, well, elite but not Heisman elite, comes at the most inopportune of times. Like the 2011 season, when at one point Brandon Weeden looked like a certified Heisman favorite, Hubbard’s relative dud — in which his team looked handily outmatched — comes on a huge stage and will likely leave voters with a sour taste in their mouth. Still, his star turn this season — one that puts him in the top two of single season rushers alongside Barry Sanders — is one worthy of all the awards, even if it won’t land him as a finalist for the one it appeared he could have realistically won.

“He’s been fantastic,” said Gundy after the game. “I do think he’s a little bit fatigued. The last three weeks or so, he’s not been as electrifying as he was earlier in the season, and the reason for that is wear and tear. We’ve had to ride that horse.”

Hubbard finishes his season just shy of the gold-standard 2,000 yards rushing mark (1,936), but lest it be forgotten, here’s the list of running backs who had more rushing yards than him this season:

Yep. Zero. What a season. What a remarkable talent. If this was No. 30’s last season in an OSU uniform, it’s near-impossible to draw up a better one than the one we just witnessed.