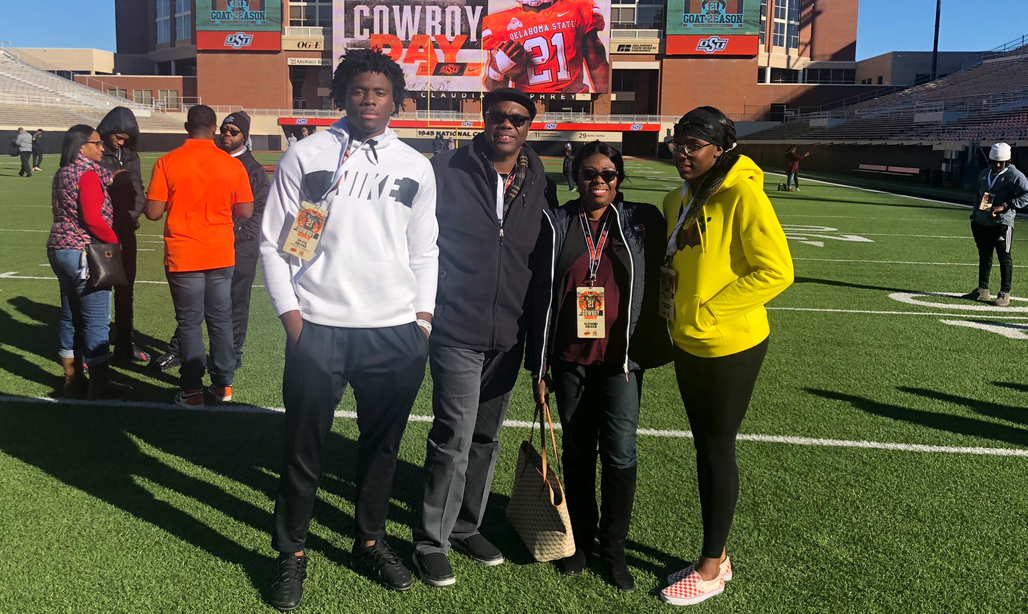 One of the most talented players in the great state of Texas has trimmed his list of schools, and Oklahoma State has made the cut. Class of 2021 DE David Abiara trimmed his list from 18 to 7 on Friday, and he named OSU among that group along with Alabama, OU, Notre Dame, Texas A&M, Baylor and LSU.

Abiara is currently ranked as a top-50 recruit in Texas and top-350 nationally.

Oklahoma State has been in on Abiara for a year now after recruiting him in the winter months of 2019. The staff offered him a scholarship last April in a national-coming out in which Baylor, Kansas, OSU and OU all offered within 40 days of each other.

OSU has been able to keep in touch with Abiara since and recently hosted him for its “Cowboy Day” two weeks ago. After the OSU trip he made a stop in Norman before returning home.

Had a blast at Oklahoma State this past weekend, #Gopokes pic.twitter.com/vxXMw7QNVb

To this point OSU has just one commitment in the 2021 class from linebacker Kolbe Fields out of Metairie, Louisiana. OSU holds two commitments in 2022, one from offensive tackle Kelvin Banks and another from cornerback De’Kelvion Beamon.