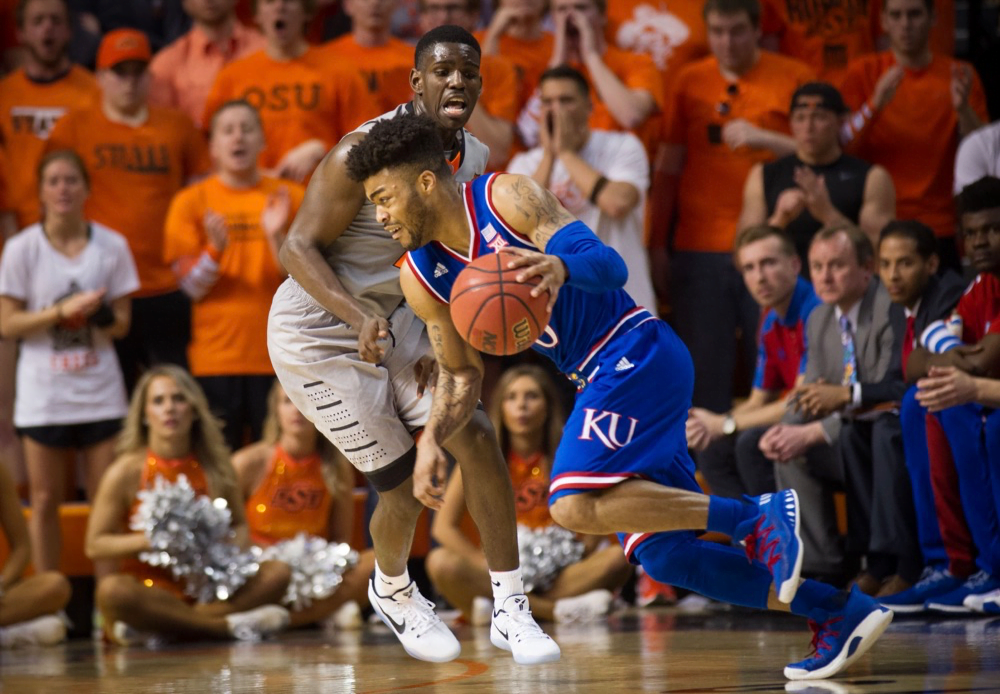 The Frank Mason III-Jawun Evans matchup on Saturday evening in GIA was an absolute war. Between them they combined for 49 points, 12 rebounds and 24 assists, and several others who competed in the game or coached in it weighed in on what might have been the heaviest of heavyweight PG matchups.

“He’s been the best point guard, probably in the country in terms of what he’s effecting and how much he’s effecting the game at the offensive end. He was tremendous and he’s playing as well as anybody out there. He gets guys shots. Good players make themselves better and great players make their teammates better. Fifteen assists, I think that’s making things pretty easy for a lot of guys.”

“Those two might be the two best point guard in the country. They were just delivering blow for blow. That’s what happens when you get two good players out there competing and playing their tails off. I thought Jawun played great and he’s done that all year. He’s very good at making everybody else’s job easy.”

“He’s a great player, you know. I think he had 22 (points) and 15 (assists) and that’s great. He did a good job of leading his team and he did a good job on the defensive end. He changes speed really well and he can shoot the ball. He’s got a nice floater and does a really good job at getting his teammates involved. He’ll have a really bright future.”

I’m with Phil. Those might be the two best in the country, and I’m excited to watch them hopefully do battle once again in the Big 12 Tournament next week as well as dice up the NCAA Tournament in two weeks.

Somebody else mentioned this some where online in the last 24 hours, but Mason is a total monster, and he’s a good example of what can happen when you stay in school four years. Evans could be — this sounds crazy to say — a better version of Mason with two more years of experience.

He won’t do that, and probably shouldn’t, but it’s sure fun to think about what could be in the Underwood era with two more years of No. 1.