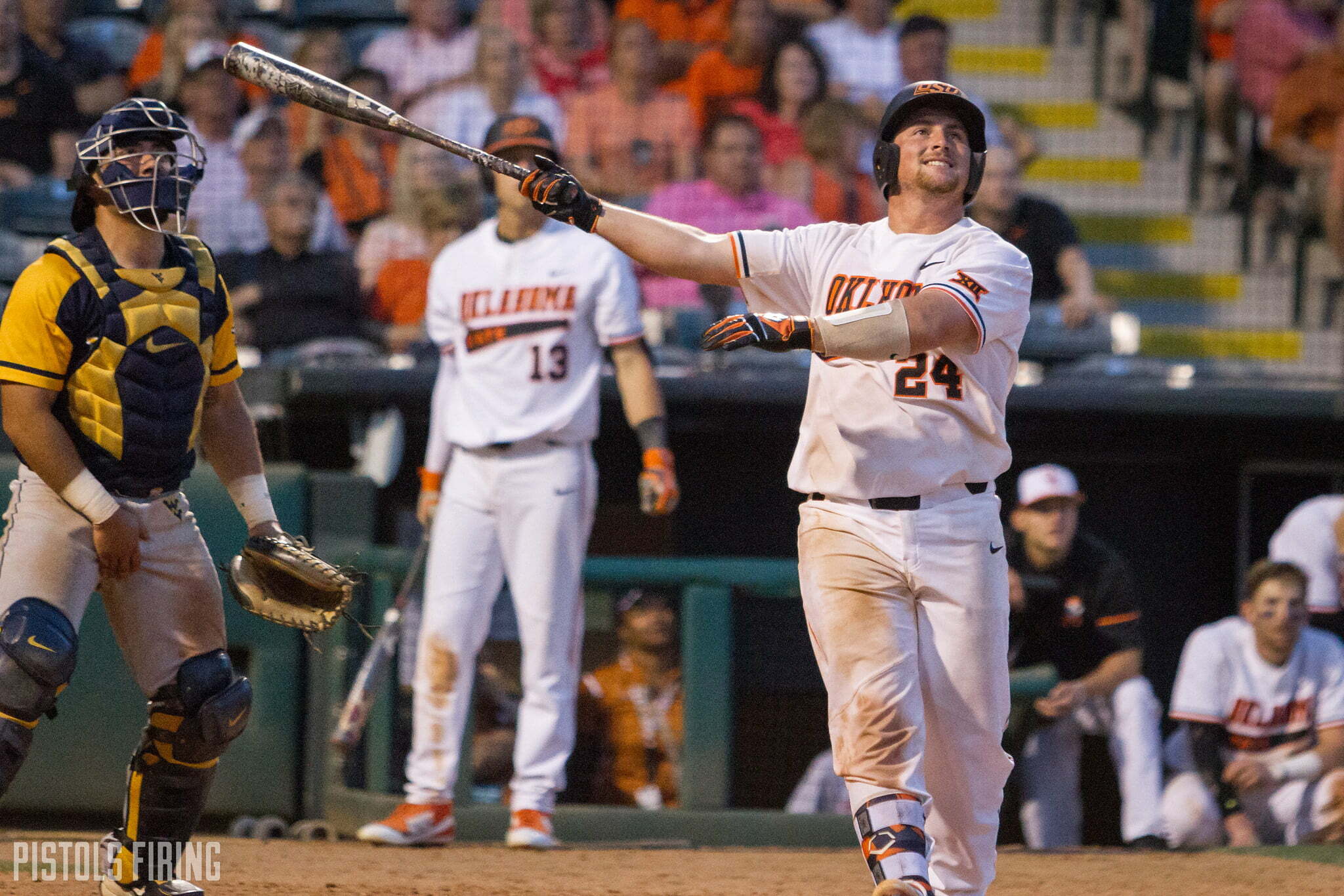 The publication named Simpson as an outfielder. He’ll likely also see time at catcher and DH this season. Last season, Simpson had a .280 batting average with a team-high 18 home runs and 58 RBIs. His 18 home runs ranked second in the Big 12 last season and were the most any OSU player has had in a season since 2008.

It’s not his first honor, Simpson was named to the ABCA/Rawlings All-Midwest Region First Team last season as a catcher. He was also the All-Big 12 Second Team catcher, and he was named to the All-Tournament team at the NCAA Regional tournament in DeLand.

Simpson came to OSU out of Memorial High School in Edmond. He made the OCA All-State team as a senior and chose OSU over Oklahoma and Arkansas.

He also has a few good nicknames: Homer Simpson and Tank.

The Cowboys start their season Feb. 15 with a three-game series on the road against UT-Rio Grande Valley before starting a 10-game home stand against first opponent Little Rock on Feb. 19.