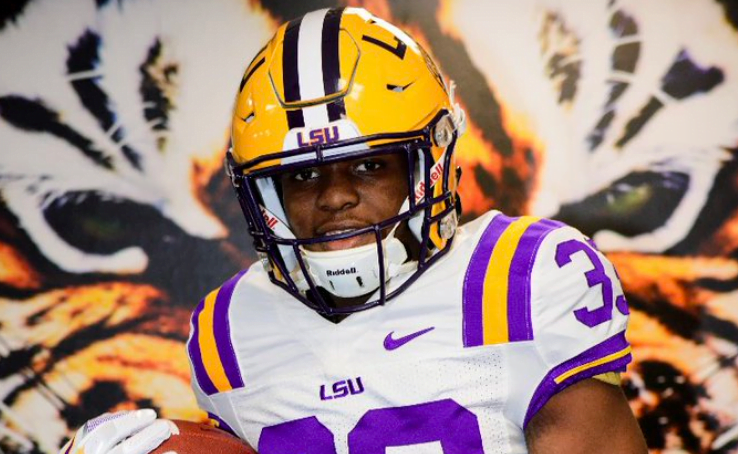 He’s removed all pictures of Oklahoma State from his Twitter account, scrubbed his bio free of a tag line that once identified him as an Oklahoma State commit, and now rumors are swirling about where he stands with OSU.

All this comes just a day after star 2020 linebacker Josh White, a rising prospect from Houston’s Cy Creek who committed to OSU back in October, visited LSU over the weekend.

White hasn’t decommitted from Oklahoma State, at least not officially, but the writing seems to be on the wall. He’s actively visiting other programs — LSU this past weekend, Texas A&M this upcoming weekend — and spoke well of the Tigers. Really, really well.

“It was amazing,” White said of his trip to Baton Rouge via 247Sports. “The field was beautiful, and all the coaches made me feel like family.” He says he even met with Coach Aranda, considered one of the best defensive coordinators in the country, as well as LSU Head Coach Ed Orgeron.

Josh White has decommit from Oklahoma State per source.

His recruitment is open. #TXHSFB

White hasn’t been available for comment, but we’ll monitor the situation as more details become available.

If OSU does indeed lose him via decommitment, it would be a huge loss. When he committed in the fall over Alabama, Iowa State and many others, it was a huge recruiting win. So losing him after an early win in recruiting would be devastating, as he’s likely to rise up the recruiting rankings this spring.