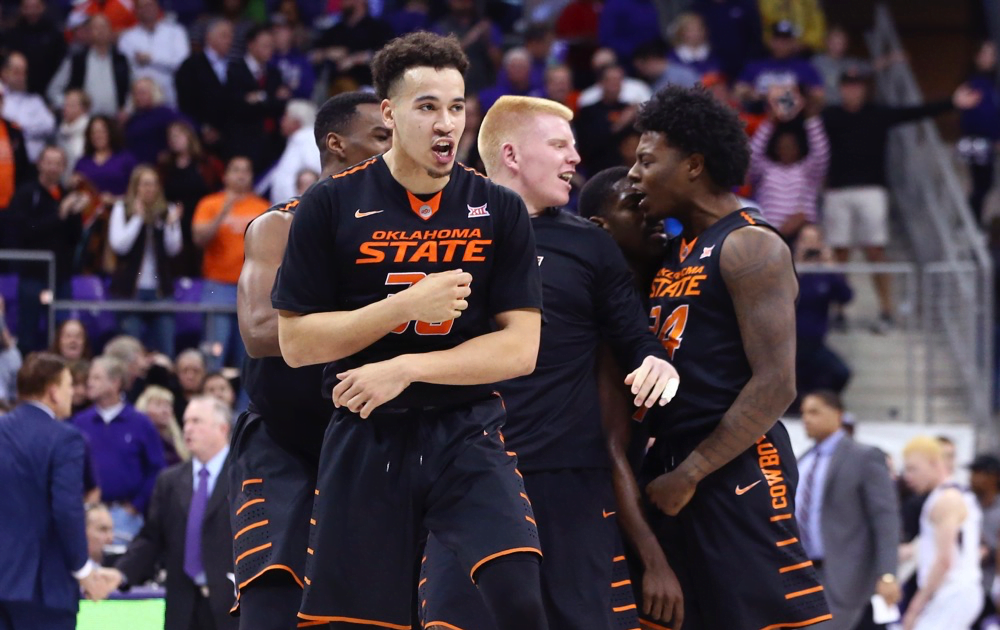 Oklahoma State ended Wednesday night against TCU on a 6-0 run to steal one at the very end. It was a game that lingered for so long during the second half in that purgatorial state where all Big 12 road games seem to linger.

It was fascinating to consume in person. In the moment it felt very must-win-y for OSU’s tournament hopes. A 6-7 record with OU on deck looks a lot different than a 5-8 record with five games left. A lot different.

And despite the panic felt from Poke fans as the seconds ticked down on their angst late on Wednesday evening, OSU stayed calm with its serene super sophomore point guard at the helm. He never panicked. The team stayed the course, and now its reward will likely be a NCAA Tournament bid.

OSU is a team nobody wants to play simply. Seven wins in eight games. Four in a row away from GIA. It takes a little swagger to go take Ws from teams in their own gyms, and the genesis of this self-belief resides with the head man.

“Confidence … confidence,” said Underwood when asked about what the most important attribute of a team this time of year. “This is the fourth consecutive road game we’ve been able to win. This group needs that. They need confidence.

“There has to be belief that we can beat people — going to Morgantown and winning against one of the better teams in the country.

“Toughness is another one. You don’t win in this league on the road without some toughness. That’s all we talked about late in the huddles is having the toughness to get a rebound and a stop.”

Underwood said confidence and toughness are at a premium this time of year pic.twitter.com/ViEgOg9BWR

There is no better indicator of the toughness and confidence of a team than going on the road in the Big 12 and swiping game after game, some of which you probably should have lost.

“It was tough to get a win in the Big 12 at first,” said senior forward Leyton Hammonds after scoring a season-high 21 points. “We just kept working. We’re everyday guys. That’s what coach preaches.

“The ball might not fall every night, but defense and rebounding are going to get us wins on the road and at home. We’ve been doing that lately.”

Defense and rebounding. In other words … toughness.

Big 12 teams on the road are a combined 26-39 this season. Only one team has a better record than 4-3 (Kansas at 5-1). OSU, West Virginia, Baylor and Iowa State have all gone 4-3 on the road. This is a natural determiner of which teams finish in the top half of this league annually.

Oklahoma State has figured it out under Underwood in a way it couldn’t under Travis Ford over the final few years. With two Big 12 contests left, it has a chance to win seven road games overall for the first time since 2005.

This doesn’t necessarily mean they’ll touch off a six-game road streak at Kansas State and Iowa State to end the year, but it does mean that they’re ready for the NCAA Tournament should they get in.

In a league where eight teams are in the KenPom top 40 and every team is in the top 80, intangibles matter. They just do. And Underwood has instilled his team with loads of intangibles.

Think about the beginning of the year and how much Underwood talked up Jawun Evans and Phil Forte along his freshmen. Every press conference and interview he’s pumping up somebody else. He lets them ride in games, too. He puts them in positions where he knows they can succeed, and quite often they have.

Under believed in an injury-riddled squad that lost 15 games in the Big 12 last season. He built their trust and provided them with the psychological weapons they needed to contend in the best conference in the country.

And now they’re delivering in bunches.