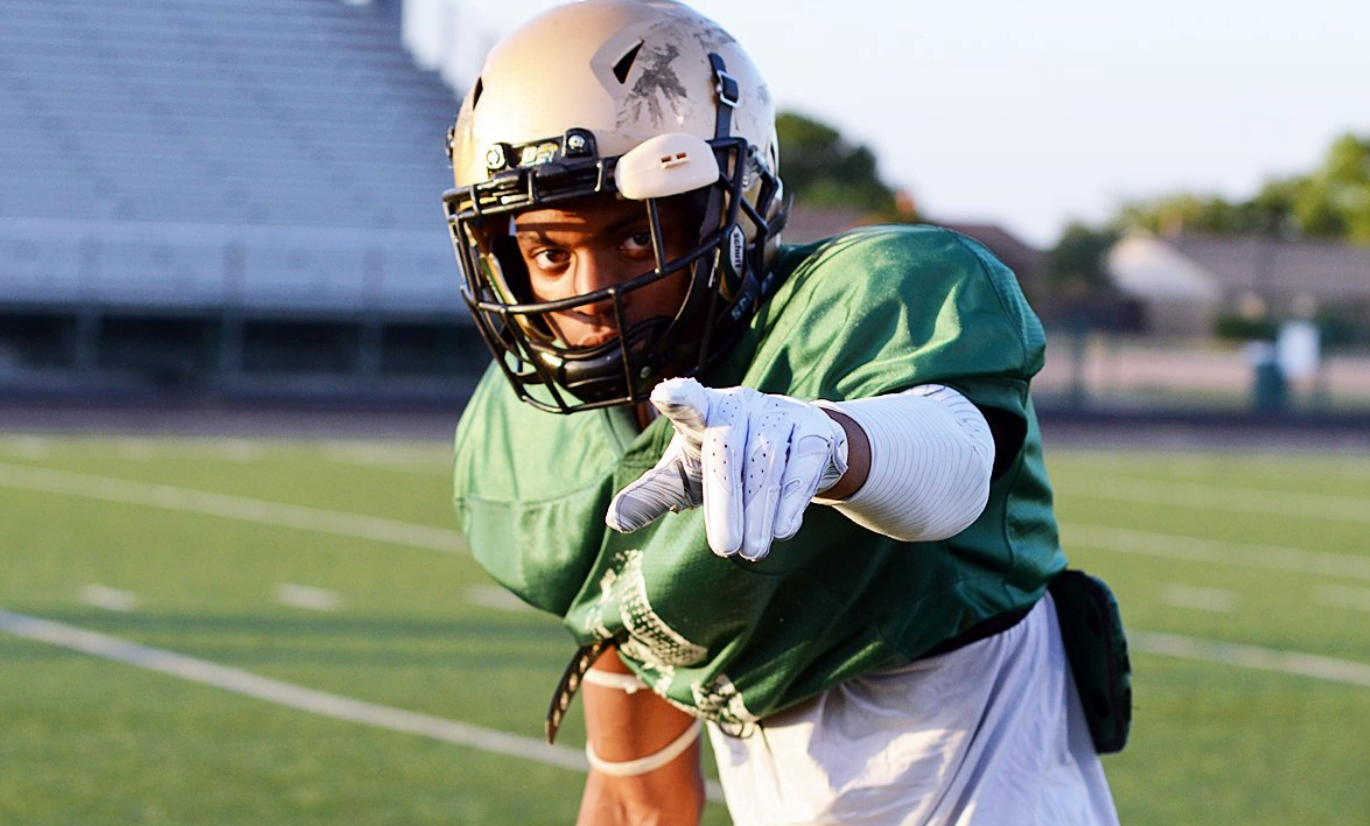 Ryan Gosling’s doppelganger was ousted this past week from his post as Texas Tech’s head coach, leaving a void at the helm of the program that could cast doubt into the mind’s of recruits who are committed to play for the program.

As of now the Red Raiders have the 43rd ranked class nationally and sixth-ranked in the Big 12, ahead of OSU which sits at 48 and 8 in those same categories.

There are 19 current commits to Tech’s program. Not all are, or were, one-time OSU targets. But some are. With Kingsbury’s out, here are three Class of 2019 players OSU could potentially pluck from Lubbock before they sign in December.

Shenault committed to Texas Tech over a final list that included Oklahoma State. A 6-1 speedster, he’s the younger brother of Colorado star Laviska Shenault, who earned some Heisman buzz for the Buffs earlier this season. Shenault plays at DeSoto, where OSU has brought in a number of athletes over the years. Right now it appears Langston Anderson, one of OSU’s top WR targets, may be trending Baylor’s direction. If that’s the case, Shenault could be an intriguing player to try and flip.

In Jim Knowles’ defensive scheme, defensive backs — and especially safeties — are required more so than in the past under Bill Young and even Glenn Spencer. Joseph would be an intriguing take because of his length and ideal size for the position. OSU hasn’t offered, but he’s got close to 20 offers in total from reputable programs across the country. Coaxing him to leave Tech for Stillwater doesn’t seem like an impossible task, though it’s unclear if OSU is searching for more help in 2019 at the position.

I was under the assumption that OSU was done taking defensive linemen in the 2019 class, but a recent DT offer to a junior college talent suggests the staff may be looking to plug a hole on the defensive front line. Class of 2019 Austin Bowie standout may fit the billing, though he would bring the same experience a junior college player would. He’s a three-star recruit who had offers from Oregon, Houston, Purdue and others before picking the Red Raiders.