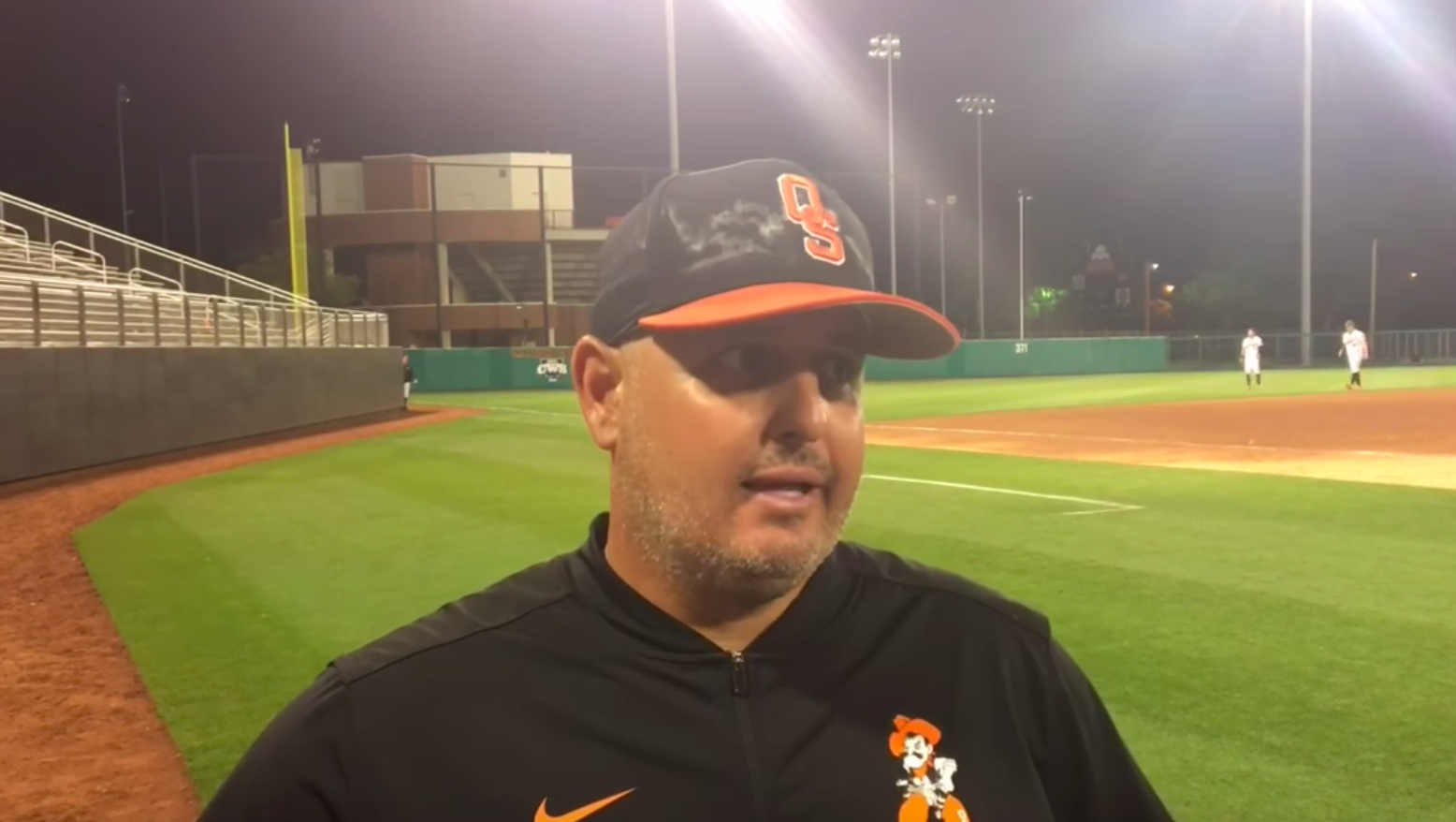 Oklahoma State lost a doubleheader on Friday to Texas and then never got a chance to make up for it. The third game was postponed and then canceled because of weather, and the Pokes were stuck thinking about what could have been in their 5-4 and 7-0 losses on Friday afternoon and evening to the 30-16 Horns.

In Game 1 on Friday, OSU scored two in the 9th to pull within one run, but they left the bases loaded to end the game. Texas pitcher Morgan Cooper went seven innings allowing just two hits with 11 strikeouts in the second game of the doubleheader on Friday.

You hang it, we bang it! @CCabbiness16 blasts his first career HR, a 2-run bomb over the RF wall in B2! #GapBand #okstate pic.twitter.com/i2yx9ouDUb

“I’m not disappointed in our kids,” said Holliday on Friday after the pair of Ls. “I’m disappointed in the result. We’re all feeling that way right now, but that’s big boy athletics. You have to bounce back and be resilient.”

The losses drop Oklahoma State to 6-11 in Big 12 play and stymie any momentum they gained from taking two of three from No. 5-ranked Texas Tech last weekend. This Texas series stood to be a big momentum-changer within the conference. OSU came in at 6-9 in conference play and Texas at 7-8. Both were fighting to move up the standings and solidify a postseason berth.

Only Texas did so.

OSU dropped to 23-18 overall and fell nine spots in the RPI to No. 53. Last week, D1Baseball had the Cowboys projected as the No. 3 seed in the Florida Regional, but I think it’s safe to say they’re fighting for their postseason lives at this point series against Baylor and OU still to come in conference play as well as the Big 12 Tournament.

OSU faces Lamar for three games next weekend in Stillwater before hosting Baylor the weekend after that.