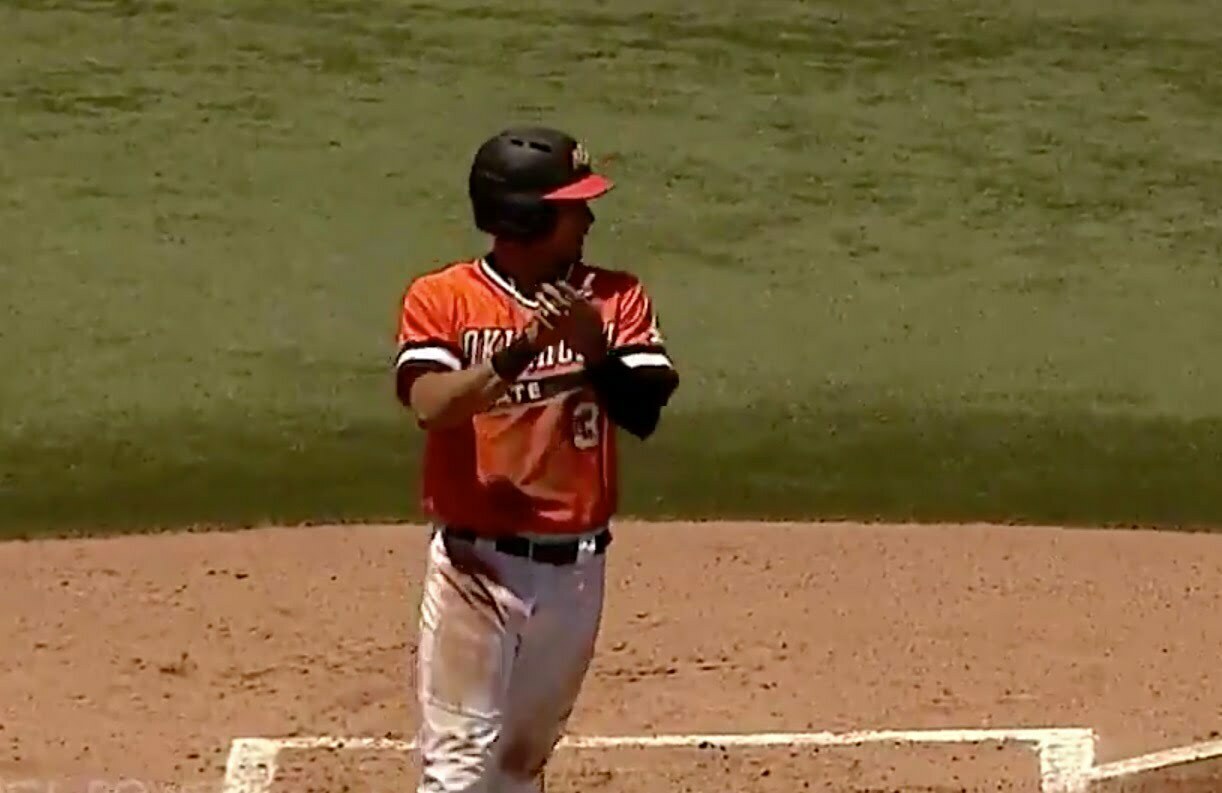 If not for Garrett McCain’s ninth-inning, two-out RBI single Friday, the Cowboys could have been swept at home against a team with a 119 RPI ranking.

Oklahoma State dropped the series against the seventh-best team in the Southland Conference after two straight losses Saturday and Sunday. Joe Lienhard and Blake Battenfield were the losing pitchers in the 7-6 and 6-2 likely daggers to the Cowboys’ season.

At the plate in the two losses, OSU went 18-for-67, which comes out to a .269 batting average. That includes a 7-of-32 showing Sunday. The bottom of the lineup accounted for the majority of the outs. The last four Cowboy batters went 9-for-43 over the weekend.

Garrett McCain, Jon Littell and the relievers were among those who kept the series competitive. McCain and Littell worked out a .560 batting average and accounted for five runs and six RBIs. On the mound, the relief pitchers worked 13.2 innings allowing five runs.

But after the weekend series, OSU is serious danger of missing the 64-team NCAA Tournament, at least that’s where its résumé points. The Cowboys have now lost six series, including against Grand Canyon (121st RPI), Texas (sixth in the Big 12) and now Lamar. They have also dropped games against South Dakota State (251st RPI), Texas State (192nd), Saint Louis (148th) and Central Arkansas (134th RPI). OSU is 60th in RPI.

The Cowboys have two series left, against Baylor at home and Oklahoma at neutral sites, with a nonconference game with Oral Roberts wedged between. So there is still room to make up ground, but the window is closing and losing two of three to Lamar (and a game against ORU last Tuesday) has all but put out the postseason flame.

If OSU does not make the NCAA Tournament, it would be the first time since 2012, when the Cowboys finished with a 32-25 record.