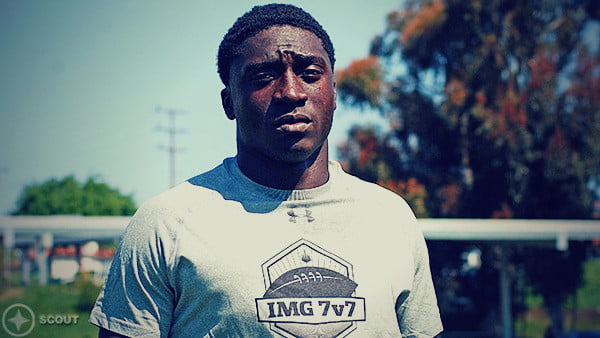 After going through a bit of a running back drought on the recruiting trail last season, OSU appears to be back on the road to righteousness with the additions of Chris Carson, Jeff Carr and Dedrick Scrivens.

The first commitment of the 2016 class came from running back Justice Hill, a three-star prospect from Booker T. Washington in Tulsa, OK. Recent recruiting trends suggest Cowboy coaches want to add at least one more back to the roster next season. Three-star prospect D’Vaughn Pennamon, who has been on OSU’s radar for a while, could be the next running back to join the mix.

According to the 247sports composite, OSU is considered one of the leading candidates to land his services. Although Pennamon holds 22 scholarship offers, many believe his decision will come down to three schools: Ole Miss, Texas A&M, and Oklahoma State. Take a quick glance at his recent Twitter posts, and it is easy to see why OSU could be considered a favorite.

Pennamon is a 6’0, 200 pound back with a listed 40-yard dash on HUDL of 4.48. What makes him an intriguing prospect is his breakaway speed out of the backfield, and also his ability to make plays down the field as a receiver. Check out his highlights below.