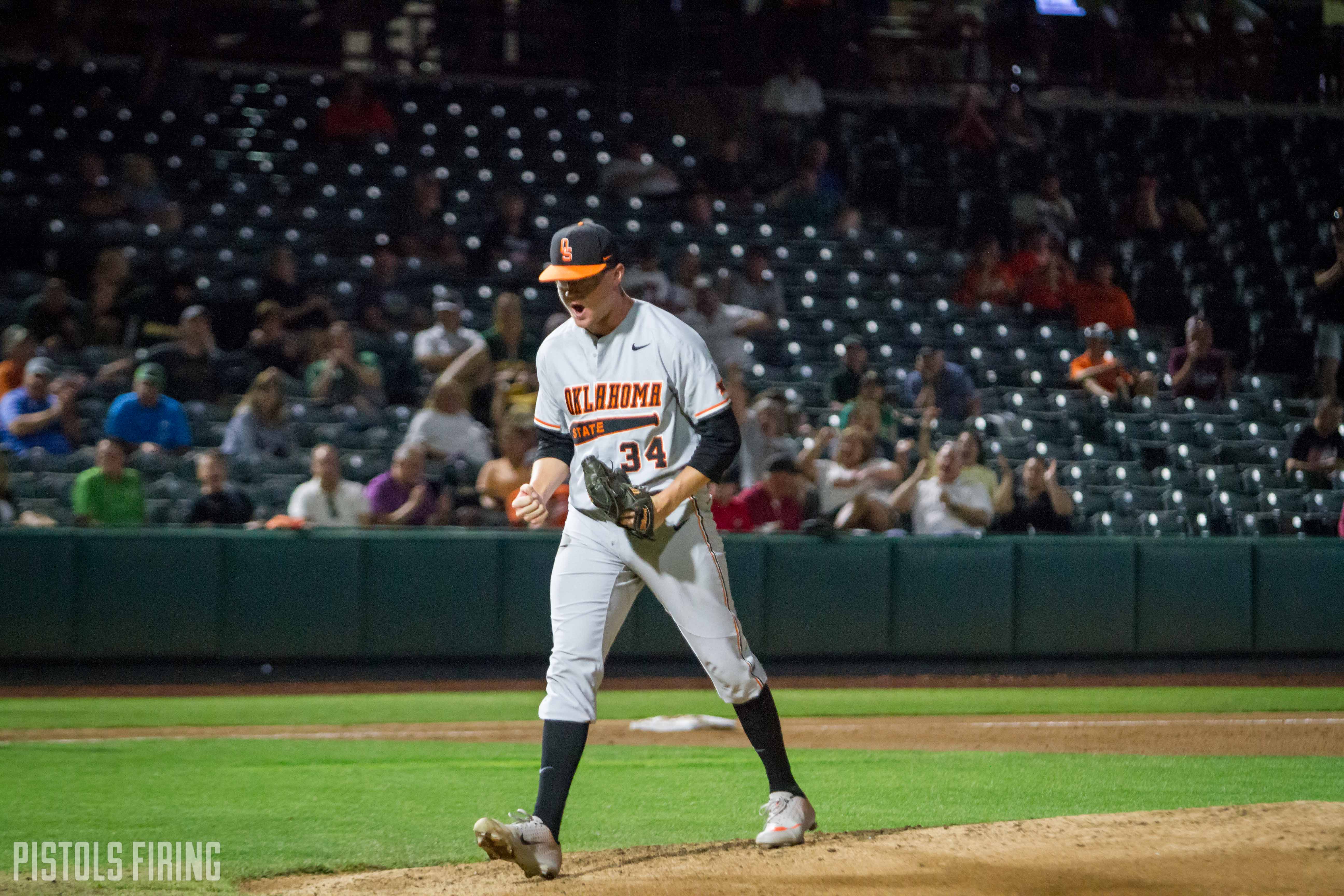 The Oklahoma State baseball team defeated Baylor 5-0 in the second round of the Big 12 baseball tournament Thursday/Friday (the game started Thursday but ended Friday) in Bricktown Ballpark. Elliott, the Cowboys’ ace, threw six shutout innings where he allowed only two hits and a walk while striking out four.

“He doesn’t make a lot of mistakes,” Baylor coach Steve Rodriguez said. “He just doesn’t, and that’s what makes him really tough. You notice, he doesn’t strike a ton of guys out, but at the same time, he doesn’t really put anything down the middle of the plate.

“It seems like everything is moving. That, for a hitter, that’s the thing. It’s not velocity. It’s just the amount of movement on the ball allows miscues off the bat. You think it’s going to be where you’re starting your swing, and it’s just not there. That’s what he does really well.”

Elliott isn’t nessecarily a strikeout pitcher, but he has a knack for setting up his defense, and against Baylor, Elliott was part of that defense. At times it looked like all he needed was a catcher, a first baseman and people in the outfield because anything in the infield was his.

“Yeah, I consider myself an athlete,” Elliott said. “Some of the guys will probably say pitchers aren’t athletic, but I feel good about my defensive ability. I used to play shortstop back in my early high school days. Then I became a PO because I wasn’t good enough at hitting. I’ve always been able to move pretty well for my size.”

Thursday/Friday’s game had the look of a pitchers duel until the fourth when Trevor Boone (unsurprisingly) got the Cowboys’ scoring going. With Colin Simpson on third and Andrew Navigato on second, Boone singled to left center, scoring his two teammates.

That lead got ballooned in the sixth thanks to a man whose list of nicknames sounds like he is from Game of Thrones. Colin of house Simpson, first of his name, Homer Simpson and the man they call Tank, crushed a ball to straightaway center that the Triple-A ballpark couldn’t hold.

That home run was the Cowboys 22nd this month. It came in a game that started on the 23rd. The Pokes have hit at least one home run in all but one game in May.

OSU added another run in the inning when Carson McCusker singled up the middle scoring Navigato.

Peyton Battenfield relieved Elliott in the seventh, striking out the first four batters he faced. He allowed only one hit and struck out six in three innings of work.

With the victory, the Cowboys “get Friday off” and will play the winner of Baylor and TCU (which play Friday) at 12:30 p.m. Saturday. The Cowboys have two chances to beat that team to advance to Sunday’s championship game.

“(The players are) serious when they tell you they play for the day off,” Holliday said. “They’ll come over and watch a game. They’ll go to a movie. They’ll go eat. They’ll sleep. They’ll look at their phones all day. They’ll have fun, and they’ve earned that. And I want that for them.

“We’ll relax a little bit. We’ll do something with their bodies to make sure everybody wakes up, and any kind of fatigue or soreness, we’ll get that out of their bodies and freshen ’em up.”