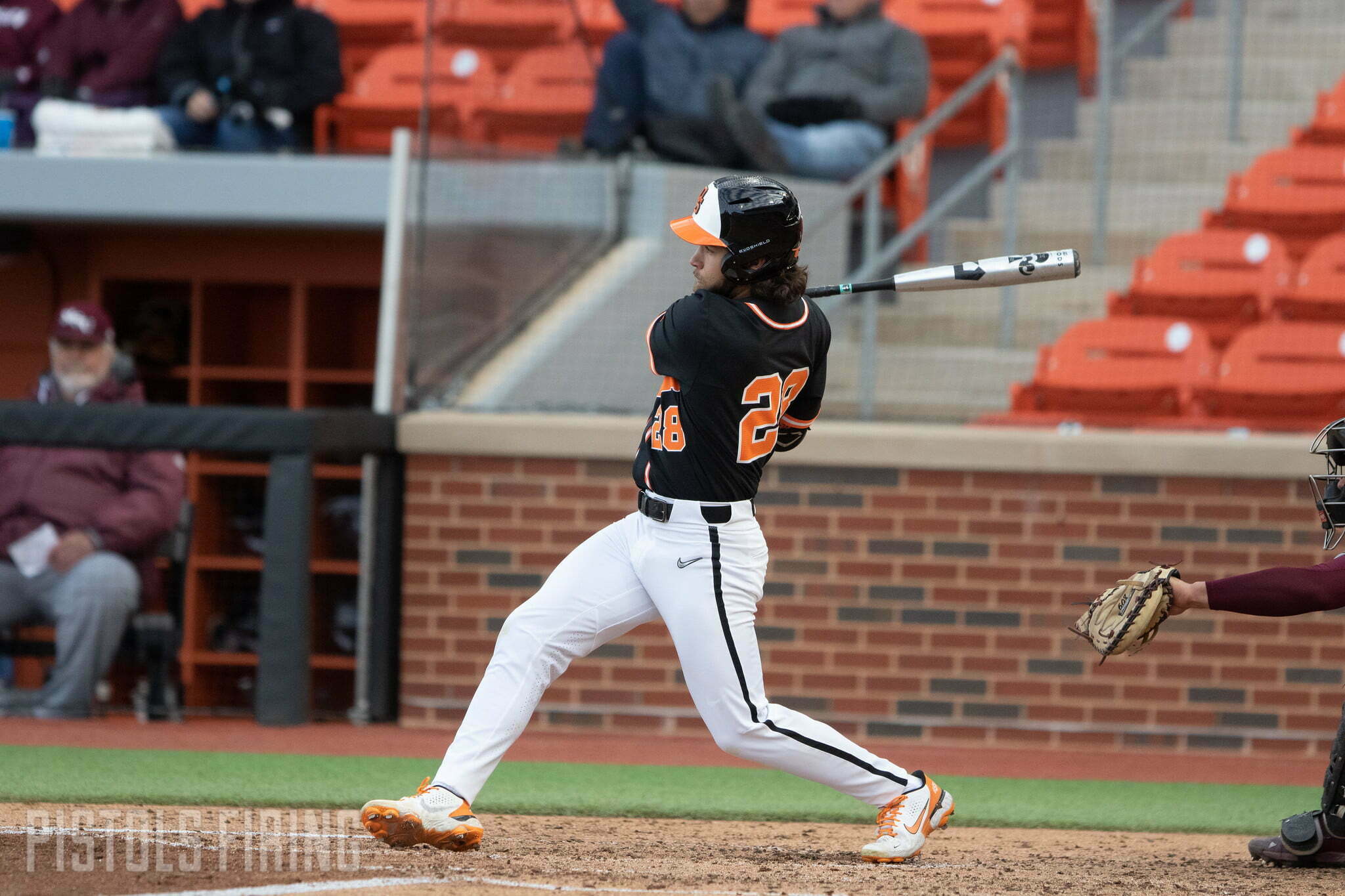 If there was any hangover, it didn’t show. Fresh off of its sweep of No. 6 Texas, No. 3 Oklahoma State shut out Southeast Missouri State 4-0 in the series opener on Friday in Stillwater.

The Cowboys’ winning run was scored by their first batter and aided by an error. But it was a winning run and counted for the Pokes’ fifth-straight victory.

Roc Riggio singled on the Pokes’ first at-bat of the evening and then advanced to second on a Zach Ehrhard groundout. The Cardinals did the rest. Riggio found third on a wild pitch and then scored when the throw from home plate went out of control and into left field.

The Cowboys moved to 2-0 in the second thanks to a Caeden Trenkle RBI single and then added two more runs — one a Trenkle homer and the other a Jake Thompson sac fly — in the fifth.

Justin Campbell came in ranked sixth nationally with 100 Ks and added a dozen more on Friday. He moved to 7-1 on the season pitching six scoreless innings and striking out 12 Redhawks while allowing six hits and walking just one.

Hueston Morrill followed Campbell up striking out two batters and walking one before reigning Big 12 Co-Player of the Week Nolan McLean kept the scoreboard clean and struck out a pair of batters himself.

Then the man who got the Cowboys started finished the game. Riggio made this play to seal the deal.

The Cowboys still hold a Big 12-best 13-5 conference record, a half-game lead over TCU with just two series left in league play, a three-game bout against Texas Tech in Stillwater next weekend followed by a trip to Waco the week after.