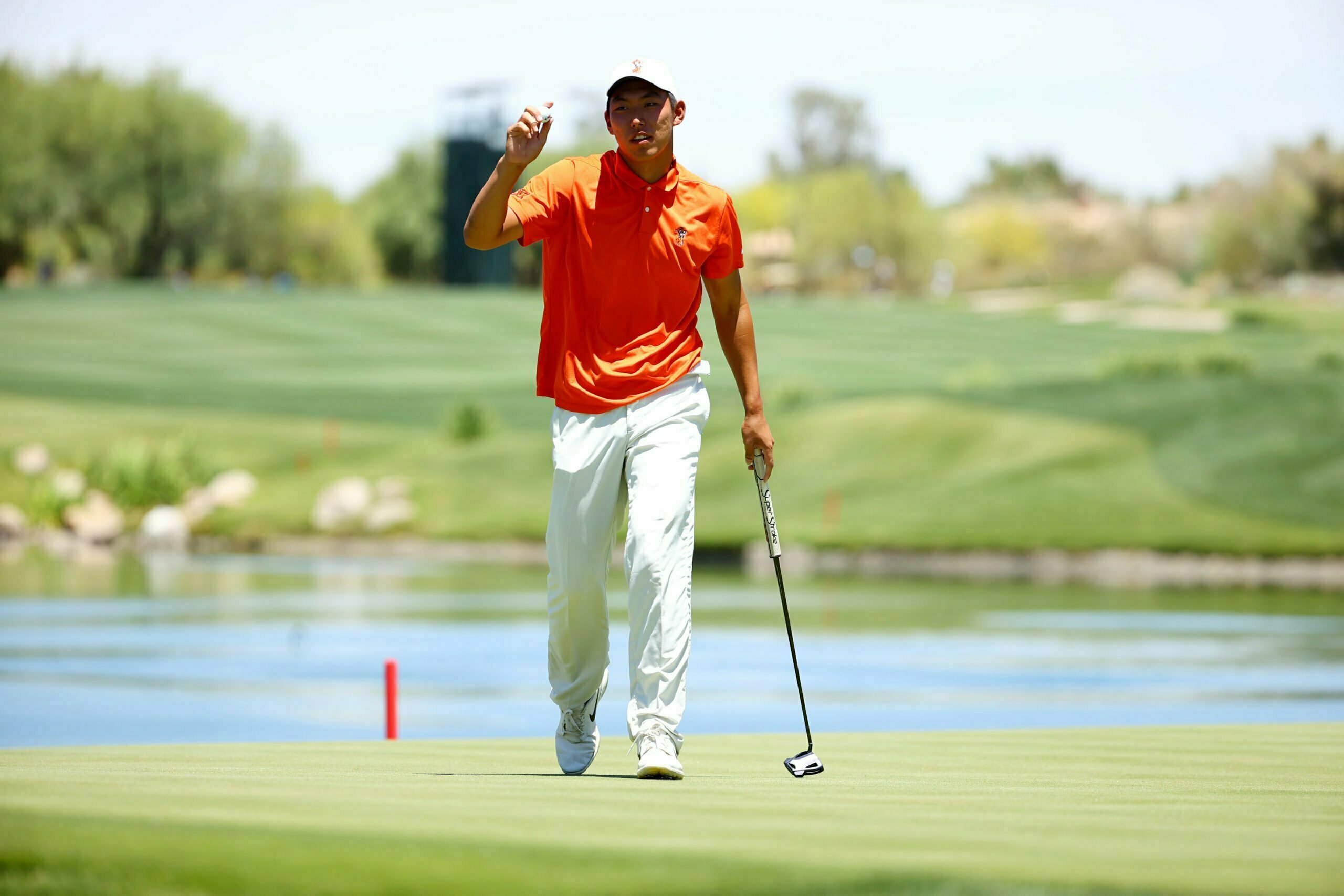 It was a rough day for the Pokes on the golf course.

After entering the final round of the NCAA Championships with a 13-stroke lead on the field, Oklahoma State enters the match play portion as the No. 2 seed after posting a team score of 12-over 292 in the final round. The Cowboys finished three strokes behind top-seeded Arizona State.

The Cowboys will start match play against Vanderbilt.

OSU freshman Bo Jin led the individual leaderboard after the second and third rounds but, like his team, Jin ran into troubles Monday. He finished second after shooting a 3-over 73 in the final round.

It was one stroke behind Clemson senior Turk Pettit. Pettit and Jin were tied throughout much of the day. Jin drove the par-4 green on hole 17 and looked to take the lead with a birdie, but he three-putted for par.

A wayward tee shot left him in some deep rough on 18 which he magically got out of and he avoided water on his second shot, setting up an up-and-down to force a playoff. But it wasn’t to be, as he left his chip short and two-putted for a bogey.

Jin has finished second or tied for second in his past three tournaments: Big 12s, the Stillwater Regional and now the NCAA Championships. That’s brutal, but quite a promising sign for the true freshman.

Jin was one of three top 20 finishers for Oklahoma State, as Eugenio Lopez-Chacarra’s 1-under 279 was good to tie for eighth, and Austin Eckroat’s 3-over 283 tied him for 17th.