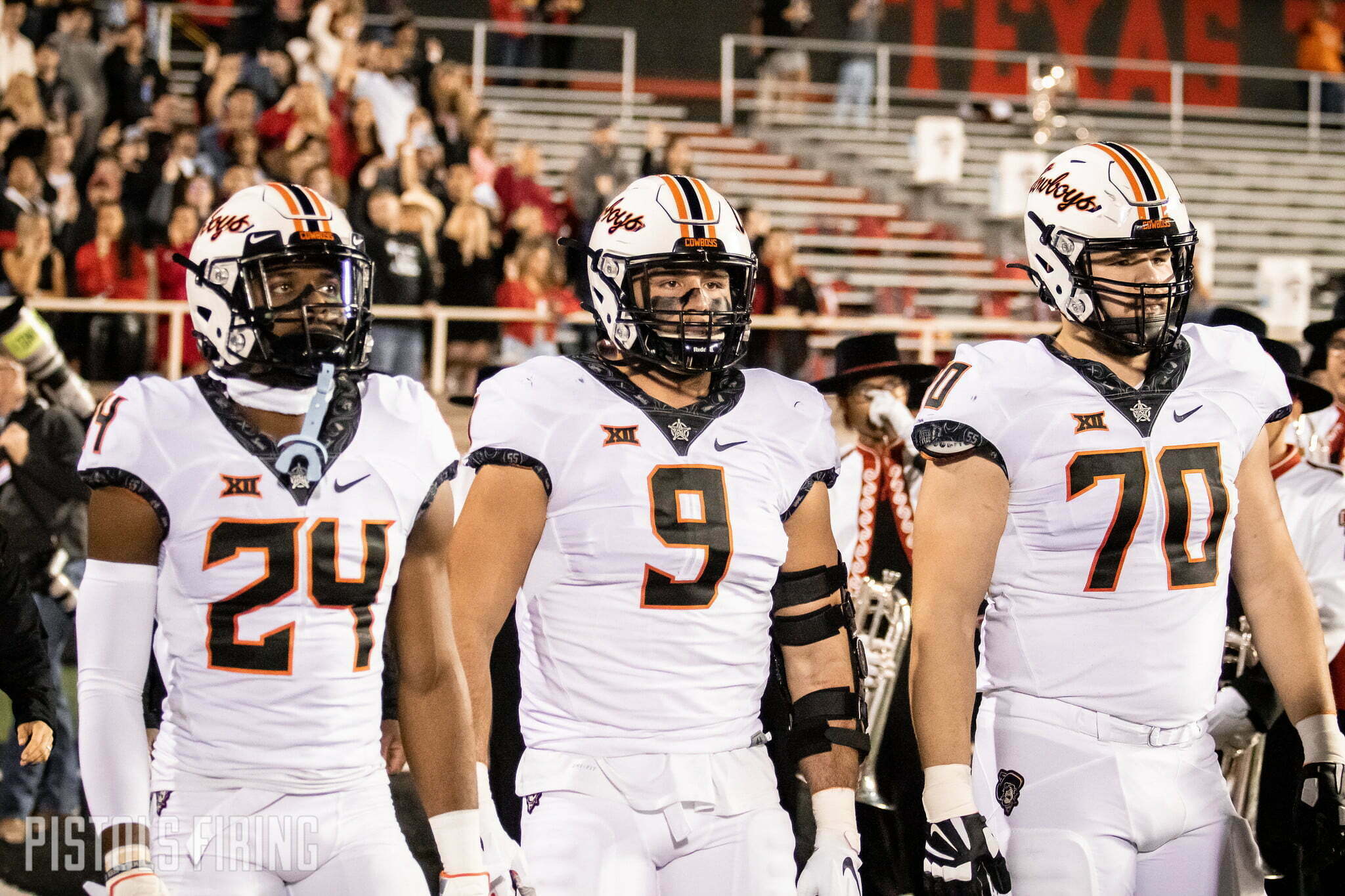 Another week, another win and another incremental climb in the polls.

After dispatching Texas Tech 23-zip in Lubbock, Oklahoma State moved from 9 to 7 in this week’s AFCA Coaches Poll, setting up a Top 10 Bedlam matchup on Senior Night in Stillwater.

Here’s a look at the entire ranking.

With OU’s win over Iowa State, the Sooners climbed two spots to OSU’s vacated No. 9 ranking.

Future Big 12 colleagues Cincinnati, BYU and Houston all remain ranked. Cincy got leapfrogged in the Top 4 by Ohio State and the Cougars and Cougars sit at 15 and 16 in the ranking.