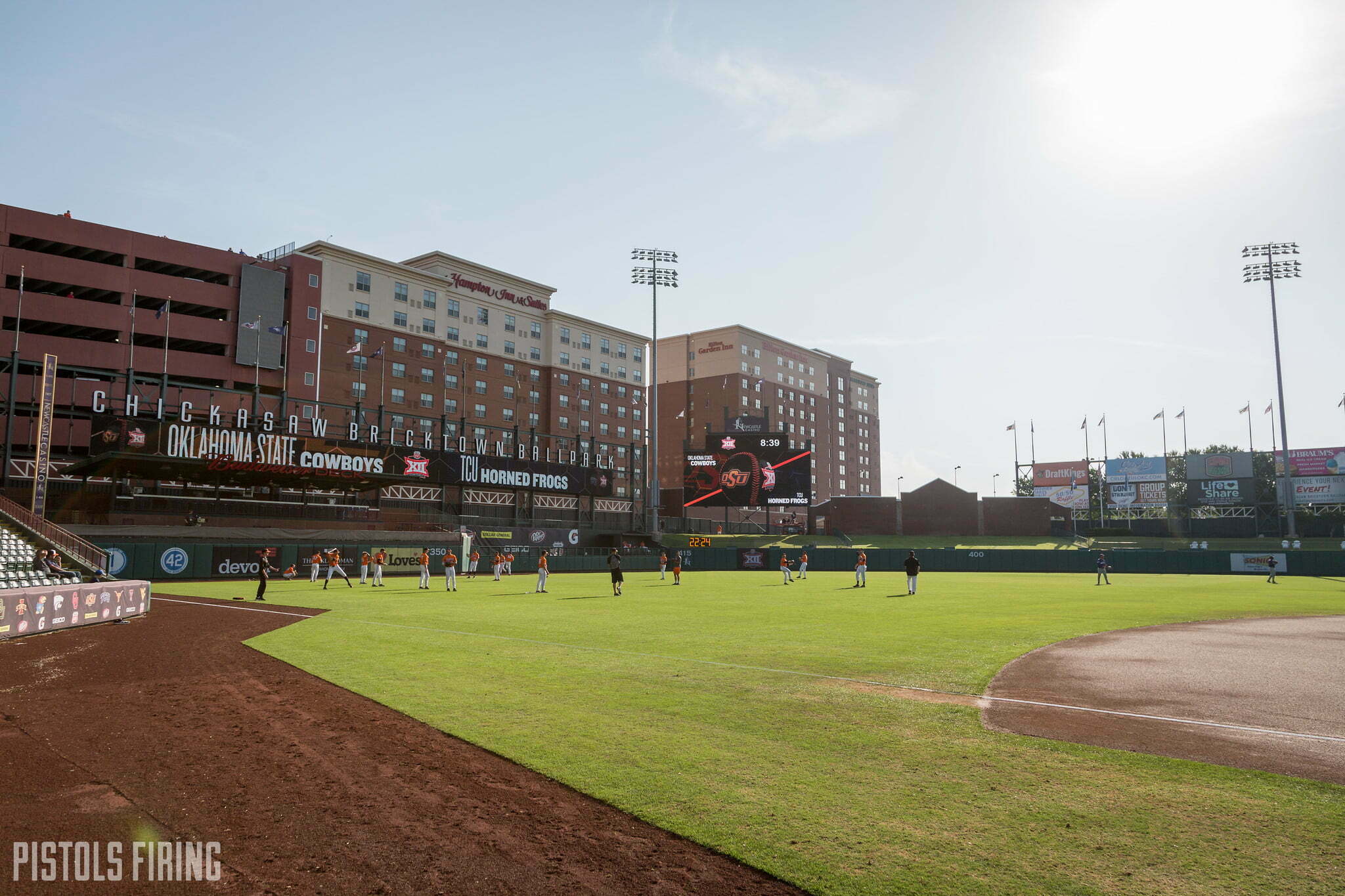 The Big 12 Tournament is upon us, and the festivities in OKC will start off with some Bedlam flair.

Oklahoma State will face Oklahoma in the 4/5, Day 2 matchup on Wednesday night inside Chickasaw Bricktown Ballpark. The full bracket was released on Saturday night.

The Cowboys’ regular season came to an unceremonious end on Saturday when their finale against New Orleans was cancelled due to weather. OSU finished the season 32-16-1 and was 12-12 in conference play.

The Pokes dropped their three-game series to Oklahoma 2-1 in early May but has won six of eight since with series wins over Baylor, Kansas and New Orleans. OSU is 3-2 against the Sooners on the season.

Last year’s Big 12 Tournament was cancelled due to COVID-19, so the Cowboys are technically reigning champs and have won two of the last three, taking home hardware from OKC in 2017 and 2019. OSU also won the tourney in 2004.

You can find the entire bracket for the Phillips 66 Big 12 Championship here.