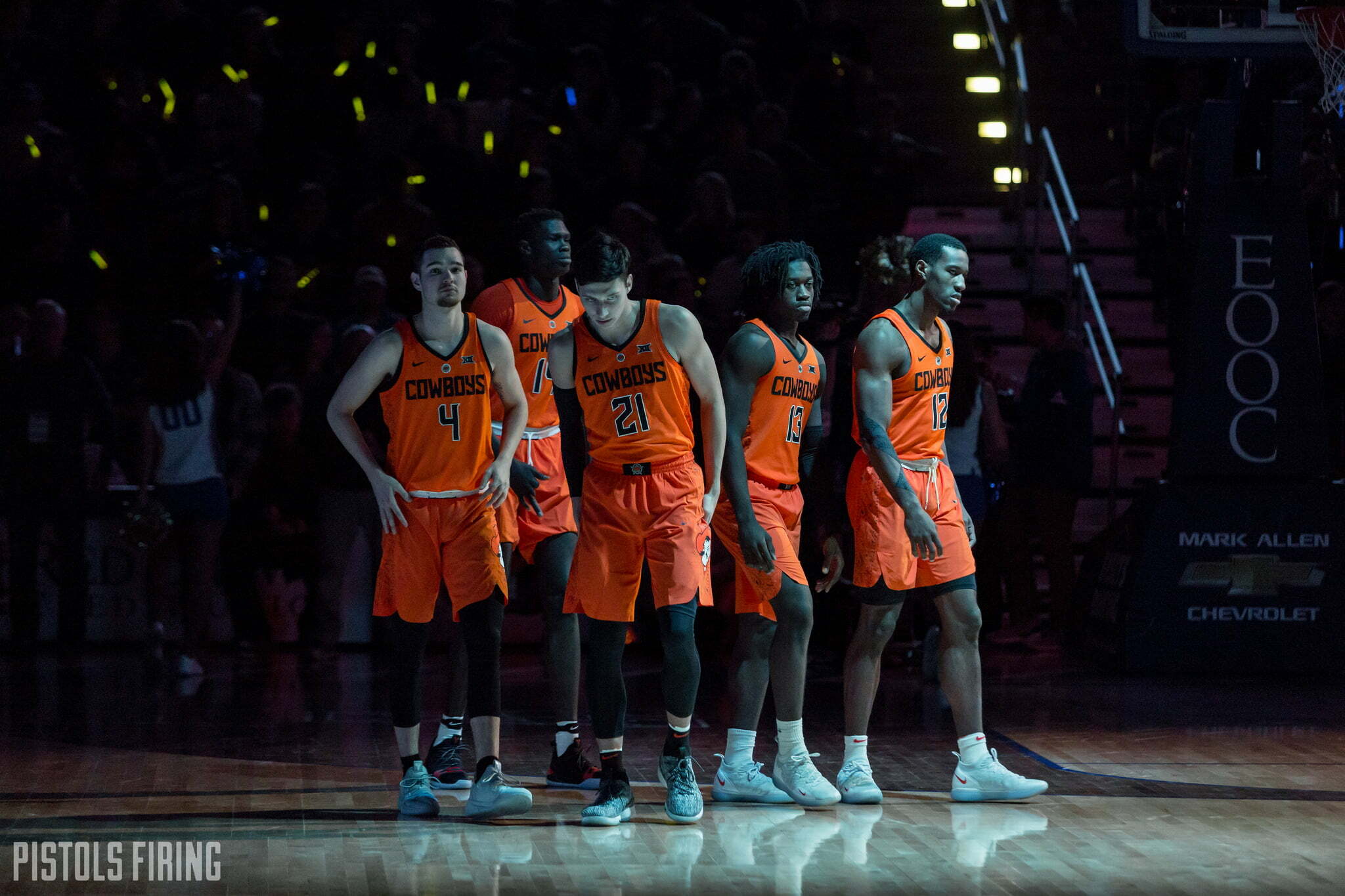 The Cowboys will match up with one of only 11 unbeaten teams left in college basketball Saturday.

Oklahoma State’s tough nonconference schedule isn’t slowing down, but the Cowboys will finally get to return to Gallagher-Iba for only the third time this season in a game against Kelvin Sampson’s Houston squad. OSU is coming off consecutive losses for the first time this year, and a loss against the Cougars moves OSU to under .500. Here are some things to follow in OSU’s weekend matchup against Houston.

Despite the Cowboys 4-4 start, they are still 57th of 353 teams in KenPom’s adjusted efficiency margin.

That’s third-highest among teams with four losses, only trailing Penn State (40) and Miami (43). This has a lot to do with the ridiculous schedule the Cowboys have played thus far. KenPom ranks OSU’s nonconference strength of schedule 38th in the country. The Cowboys have played their past five games away from Gallgher-Iba Arena. That tough a schedule sounds even more crazy considering OSU is 307th in the country in experience.

“I’ll be honest, part of this (slow start) is on me because of the schedule,” Boynton said. “Not making it an excuse, but we’ve now played our fifth consecutive game away from home. Six away from home in our first eight games with five freshmen playing good minutes for us. I knew that was a challenge coming in. We’ve been in several of these games and are close. I’m inspired by what I can see the team and program becoming, but losing is no fun. I’m a competitor and want to win every time out.”

The Cowboys are a few possessions/free throws away from being 7-1 right now. Excluding the Cowboys’ 19-point loss to defending national champion Villanova, OSU’s other three losses by an average of four points.

“I have no desire to be the all-time winningest coach anywhere,” Boynton said. “It’s not part of my motivation. I didn’t get in this to do that. I’m here to try to make kids better. They get better from a basketball standpoint by playing against good competition. It doesn’t look good when you’re 4-4 instead of 7-1 or 8-0, but I think that once we turn the calendar and our team has gone through these things, that we’ll have a better opportunity to have success later on in the season.” 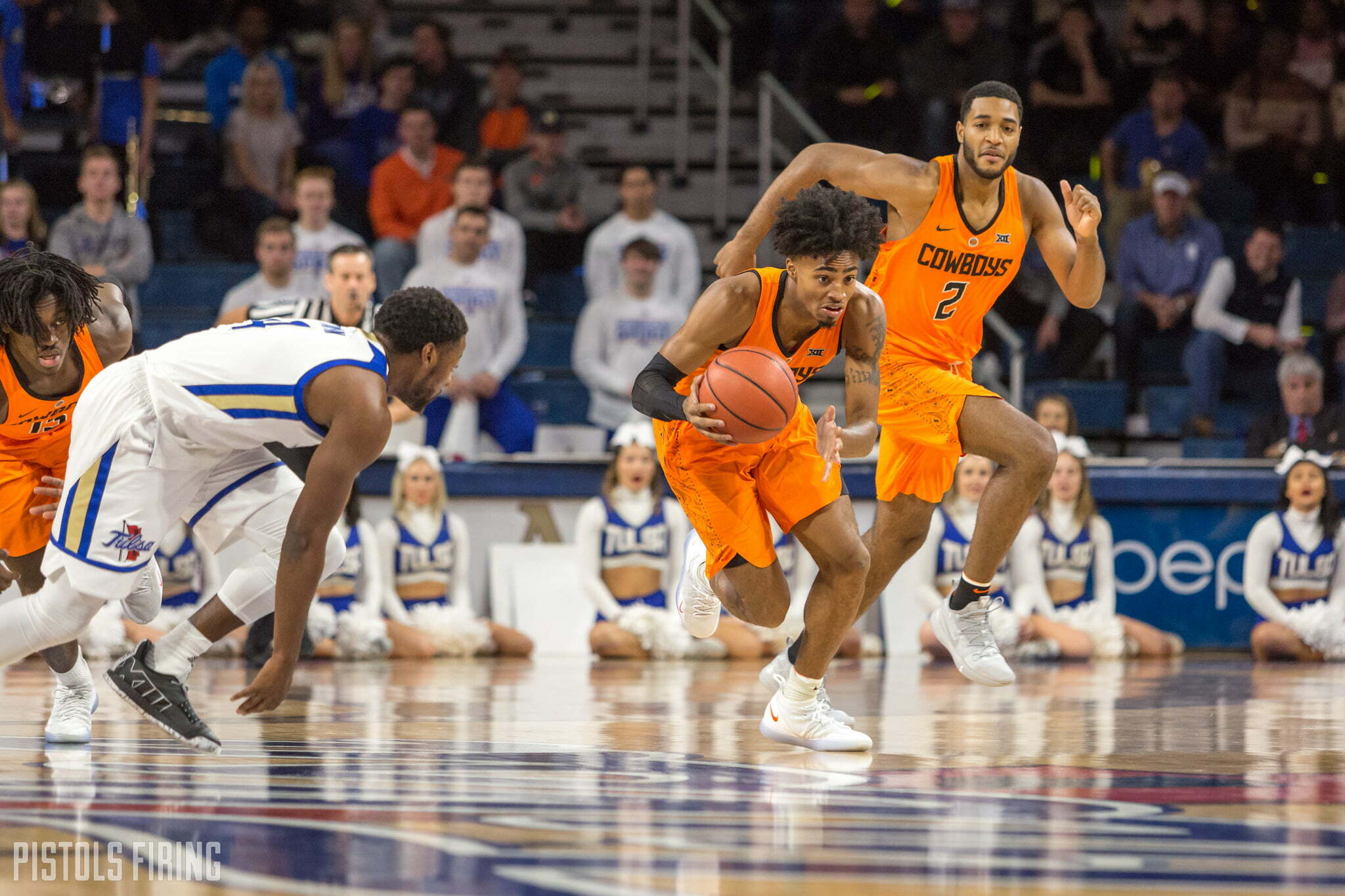 In the Big 12, only Kansas and Oklahoma have played a tougher noncon schedule. Although Texas Tech is unbeaten, the Red Raiders are 339th in nonconference strength of schedule. Boynton said the stiff nonconference schedule is important so the younger guys can get a taste of how difficult college basketball can be before Big 12 play.

“I didn’t want a bunch of freshmen to go on to Manhattan, Kansas in January and be like, ‘Uh oh, where’d these big, athletic bodies come from?'” Boynton said. “And an atmosphere and people booing us and all that stuff. I knew the challenges going in. It’s my responsibility now to get the kids ready to play these games.”

Speaking of Strength of Schedule

Per KenPom, Houston’s strength of schedule is 350th in the country — the fourth worst.

The Cougars will enter GIA unbeaten, but their opponents’ combined record thus far is 26-37. OSU’s opponents are 41-26. Houston has played only one game outside of Houston this year, a 76-62 win at BYU.

The Cougars have still played well in those games, having outscored their opponents by an average of 18.7 points.

Dziagwa Enters Top 25 in 3s Made in OSU History

Thomas Dziagwa has made 98 3-pointers in an OSU uniform, moving him the 25th on OSU’s career list.

Dziagwa is averaging 3.5 3s a game this season. At that pace, he would finish the regular season 179 career 3s, putting him 10th in school history. Phil Forte, Dziagwa’s former teammate, is the school’s all-time leader with 329, and Keiton Page, OSU’s current director of player development, is second at 299.

No. 98 was a beauty. Not only was it from the Brady Theater, but it also put OSU within two points of Tulsa on Wednesday.