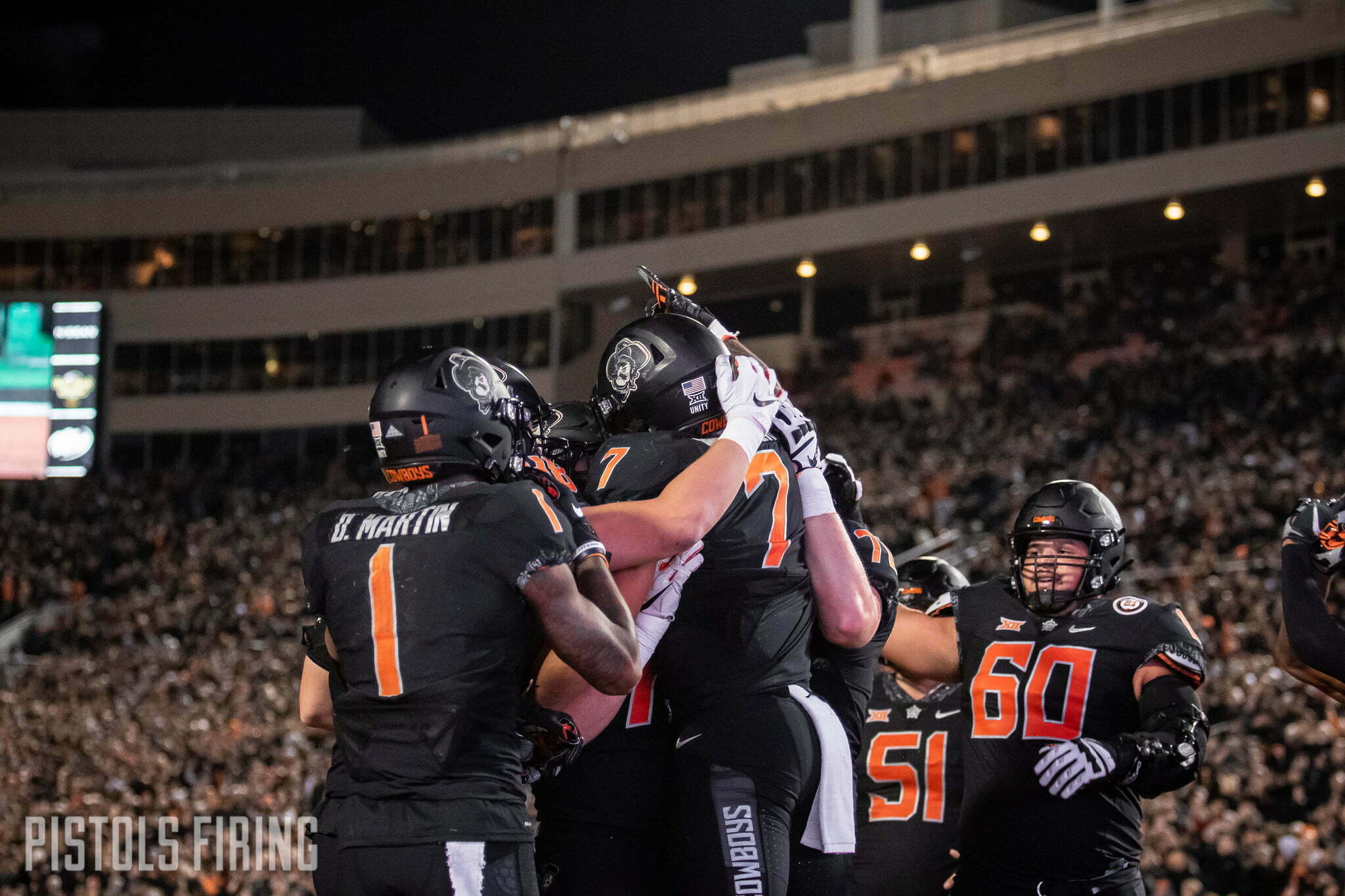 Oklahoma State made the cut for one of the top ball carriers in the 2023 cycle on Tuesday, when Kaleb Jackson put out a Top 10 via his Twitter account. That list included the Cowboys along with a number of household names like Alabama, Michigan, Georgia and in-state LSU.

Jackson hails from Liberty Magnet in Baton Rouge, Louisiana. He would be another in a long list of Cowboys to come out of the Pelican State. OSU already has a 2023 pledge from Oak Grove defensive back Kam Franklin in the class. But geographical location is the least of what excites Cowboys coaches about him.

Jackson is bona fide playmaker when he has the ball in his hands and even the semblance of a hole. He’s got the strength to break tackles on the reg and the wheels to pay it off with a home run play.

The 5-foot-10, 200-pound rusher looks ready to step onto a campus and compete for reps this spring, but he’s still got a senior year of high school to go. He just took home Running Back MVP honors from a local Rivals camp on Monday.

Jackson’s offer list includes 19 schools but, as of Tuesday, the number of suitors has been cut in half. The Cowboys join a smattering of bluebloods and brand names to make the first cut for his services. The Cowboys represented his ninth offer back in December.

Jackson is a consensus four-star prospect. Rivals ranks him currently as the No. 3 running back in the class. He’s the No. 10 RB in the class, according to 247Sports, and ranked seventh in the position in the Composite rankings. He’s a Top 10 player in the state on all three platforms.

Based on his current Composite score of 0.9418, if Jackson were to sign with OSU, he would be the 14th-highest signee to ink with Oklahoma State and the third-highest RB behind only Herschel Sims Tatum Bell. (Tyreek Hill came to Stillwater as an all-purpose back with a score of 0.9397.)

It’s early, but the Cowboys’ 2023 class currently sits at fourth in the Big 12 and 22nd nationally. Adding Jackson today would move that mark to third and 17th, respectively.

Check out Jackson’s regular season highlights from his junior season.