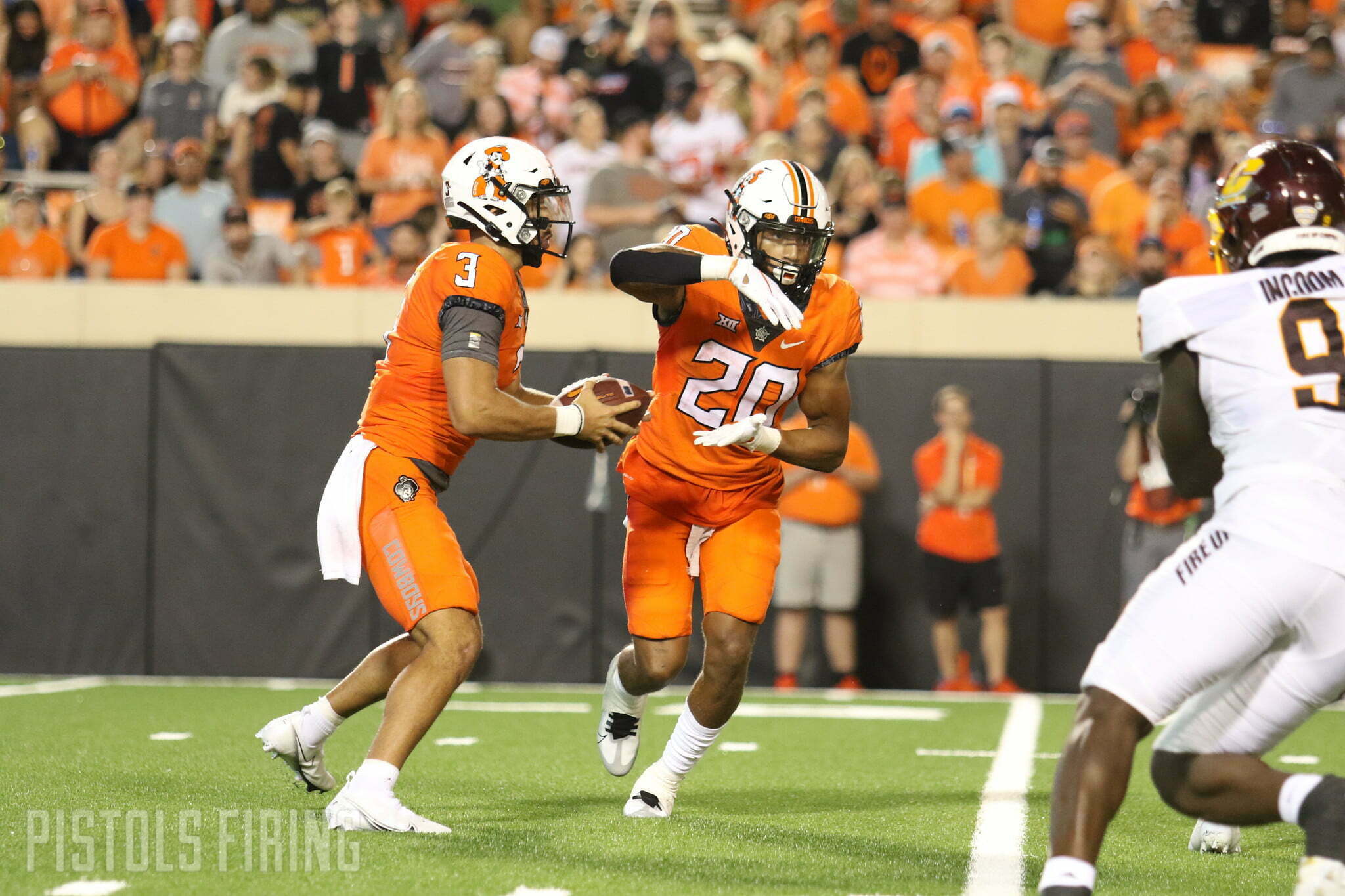 Oklahoma State moved up one spot to No. 10 in this week’s Coaches Poll after the Pokes’ 58-44 victory against Central Michigan. The spot comes after Utah dropped its season-opener to a then-unranked Florida team, dropping the Utes from No. 8 to No. 15.

The Cowboys slot in behind Notre Dame, a team OSU beat in the Fiesta Bowl last season. The Fighting Irish dropped from No. 5 to No. 9 after falling to Ohio State 21-10 in Week 1.

OSU is one of four Big 12 teams in the Coaches Poll, joined by No. 7 Oklahoma, No. 8 Baylor and No. 22 Texas. Despite winning 52-10 last week, the Longhorns actually fell four spots in this poll. Miraculously, UT had a first-place vote in the preseason poll. That vote disappearing sent the Horns down.

TCU and Texas Tech each received votes in the poll, as did future Big 12 schools Houston, Cincinnati and UCF. BYU, another future Big 12 team, is No. 25 after not being ranked in the preseason poll.