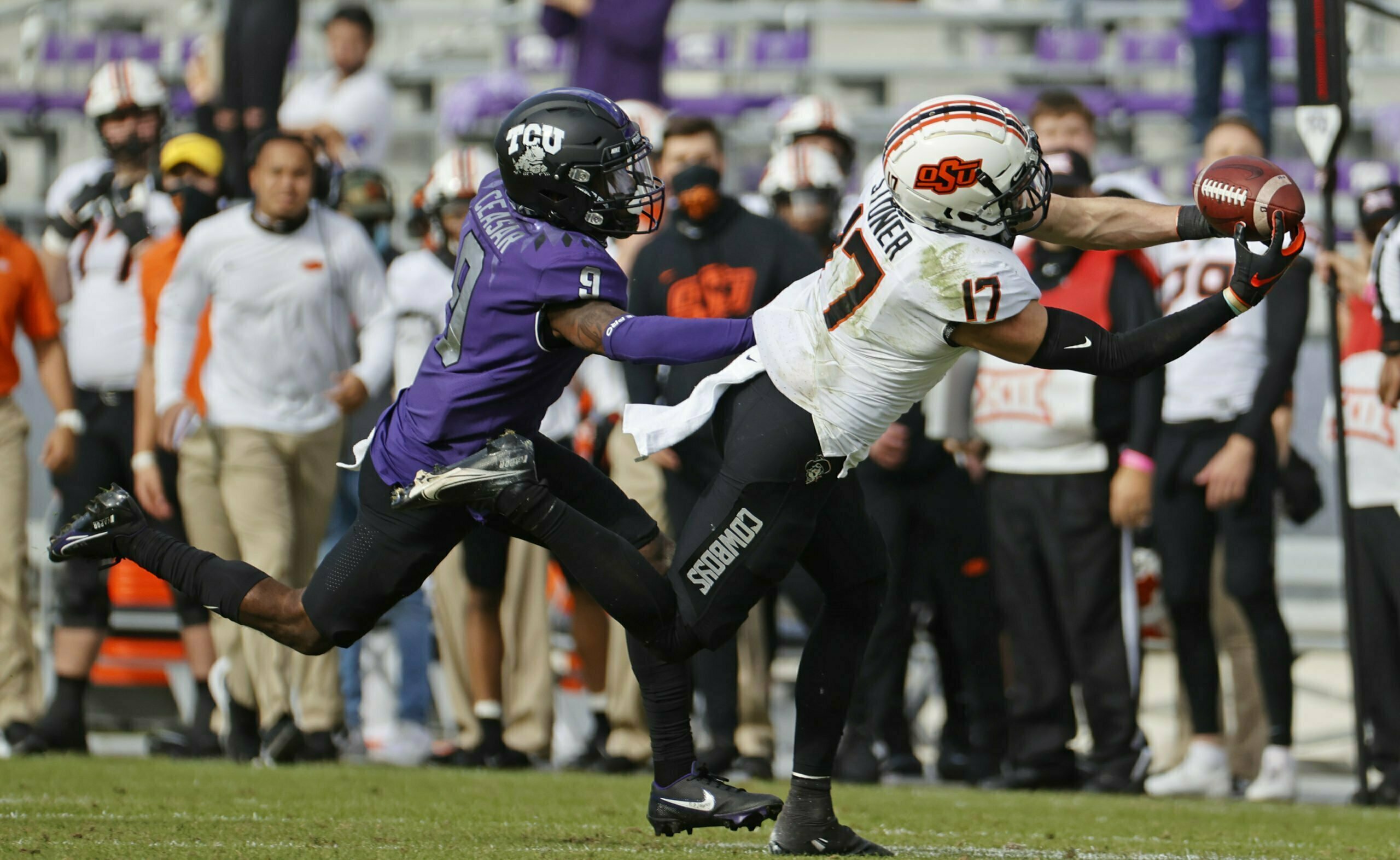 The national perspective of the Cowboys is that they are a high-octane, let-it-all-hang-out football team, and this year, the Pokes are far from that.

Oklahoma State fell to TCU 29-22 on Saturday in Fort Worth. It marks the fifth time this season (out of nine games) the Cowboys haven’t reached 25 points.

There are myriad reasons for OSU’s struggles, mainly injuries, but it’s crazy to think that this highly anticipated team is on pace to be just the third team in Mike Gundy’s tenure to score fewer than 30 points a game.

Some of those low-scoring games can be attributed to the Cowboys’ more defensive approach, as the Cowboys have a top-three defense in Gundy’s tenure. But if you look at a more micro stat like average yards per play, OSU’s offense still looks not good.

Coming into the year, it looked as if first-year coordinator Kasey Dunn was dealt an ace and a king, but the flop revealed a three, a seven and an eight. Then the turn gave a five. Maybe we’re still waiting on the river, but this hand has turned not great.

Here is a look at contributors who have missed time this season:

“I don’t think we’re the same team we were when we started the first game,” Gundy said after Saturday’s game. “I mean, we got some young kids out there. We’re playing with three freshmen on the offensive line. We’re down six starters on offense from day one. So, it’s not fair to say to the team that it’s the same group. Now, we’re gonna compete our a– off and try to win every game, but we’re a little different team right now than we were when we started against Tulsa.”

The Cowboys’ offense didn’t even record a first down off the five turnovers OSU’s defense forced against TCU on Saturday. The Cowboys were also just 2-for-5 in the red zone, something that could also be attributed to an injured kicker.

“I thought the effort was really good,” Dunn said after TCU. “I think our offensive line is coming around. I think they showed that they were capable of moving the football for us, and we did that in the first half. We just didn’t spin it into the second half like we anticipated. We came back in at halftime and thought, ‘OK, man, all this stuff is working. Let’s go back out and rehash it again.’ For whatever reason, we just missed those throws. And when we got our chances in the red zone, we just didn’t capitalize.

“I feel good about where we’re headed. I’d sure love to be healthy, no question about that. I hope Tylan’s OK.”

Dunn was a celebrated hire of the offseason with how long he has been on Gundy’s staff and the success he has had as the Cowboys’ receivers coach. Dunn is the Cowboys’ third offensive coordinator in as many seasons, and it’s hard to imagine this is the start he envisioned.