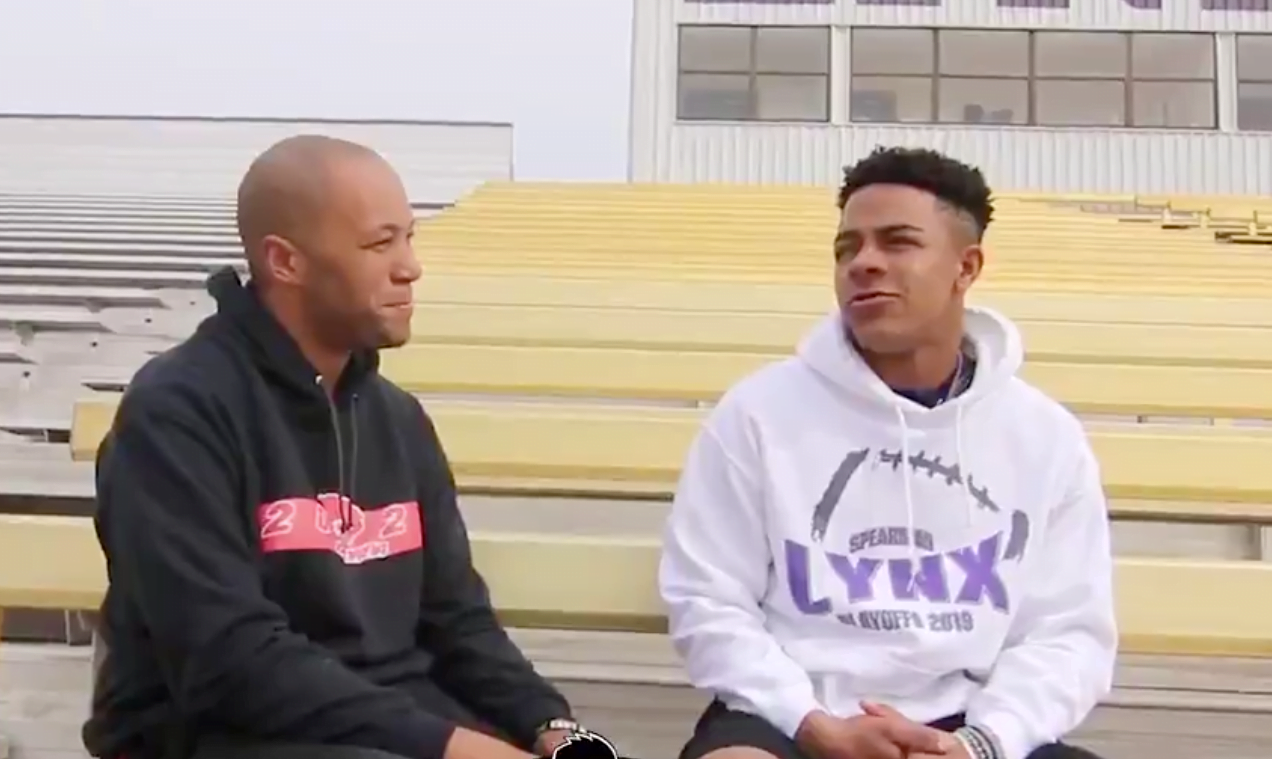 Things are moving fast for this speedy athlete from Spearman, Texas. Just three weeks after receiving his first Power 5 offer, Brenen Thompson boasts bids from 12 high major schools with Oklahoma State being one of the latest to join in.

On March 12 the track star with no football offers tweeted out a video of his 10.18 100-meter finish.

Three days later he reported an offer from Illinois State. On March 17 Nebraska offered and one day later 247 Sports assigned him a four-star rating.

“It’s great being able to put on for these small towns; it’s not just all about the big schools anymore,” Thompson told a 247 Sports TCU blog. “It’s about working hard and getting your name out there and earning what’s yours.”

Thompson, a 2022 recruit, lines up behind center for Spearman, a small Texas District 3 school, but the 5-10, 165-pound speedster is being looked at mostly as an athlete at the next level.

247 Sports currently ranks him as the 26th-best athlete in the country and the No. 28 overall prospect in the state of Texas. He doesn’t yet have a 247 composite ranking.

With the current restrictions on recruiting visits — and all other sports — Thompson can lean on track to keep him in top shape and ensure that his junior season highlights are even more impressive.

“We still have our track open and I’m getting up there as much as possible,” he told 247. “I’m just finding ways to get a workout in; I have dumbbells in the garage or a big tire flip. I’m doing things like that just to stay in as much shape as possible.”

In the meantime, here’s a look at his sophomore film.