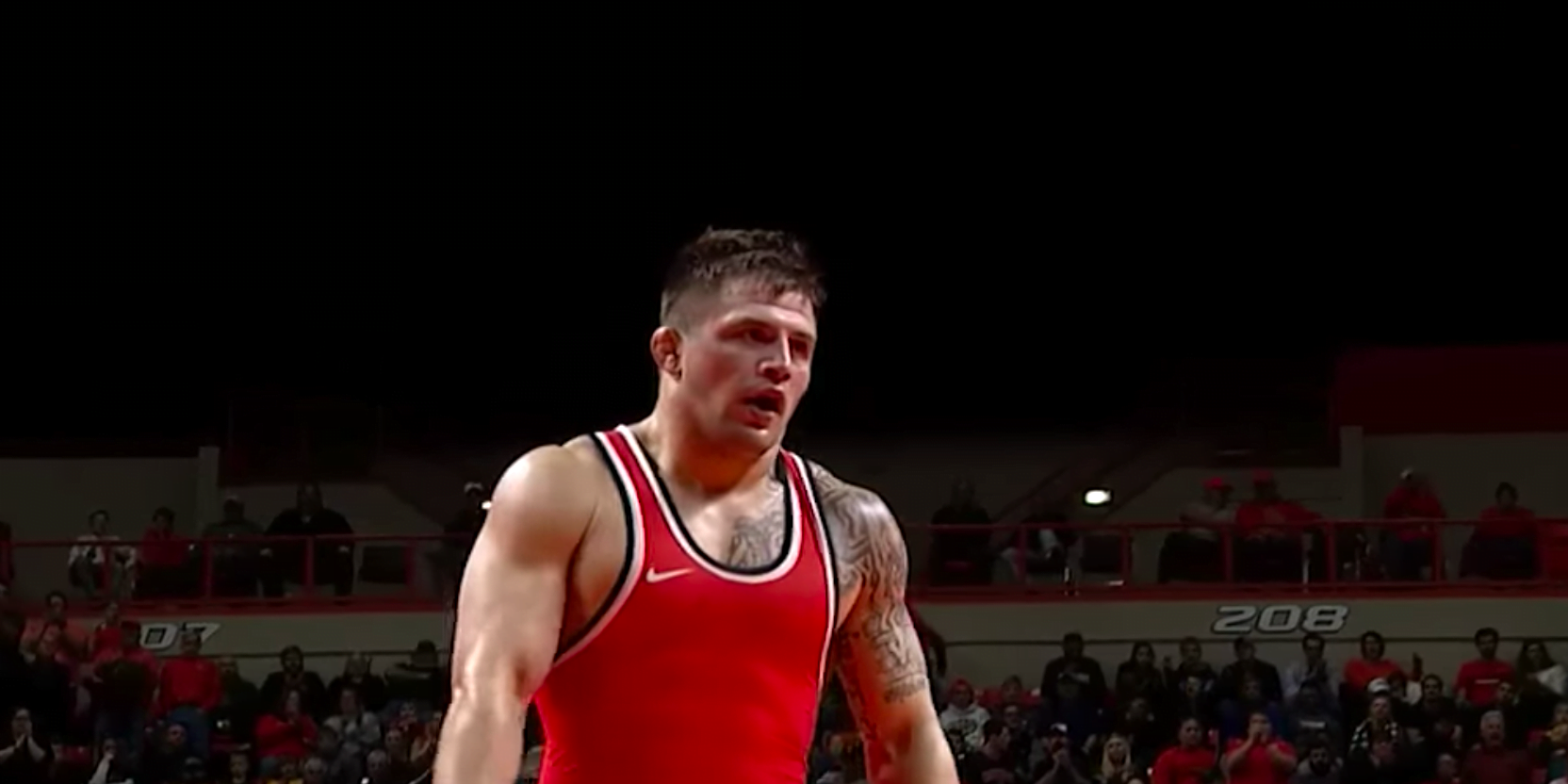 Oklahoma State wrestling will look to maintain their undefeated season and top ranking this weekend against Big 12 foes West Virginia on Friday night, and No. 19 South Dakota State Sunday afternoon.

Last weekend, the Cowboys defeated the No. 3 Iowa Hawkeyes in a much anticipated, heavily hyped match-up between the rivals. One of the most important things that we learned from the OSU-Iowa dual is that Oklahoma State has some big scorers outside of Dean Heil, and those scorers have an opportunity to make an impact this weekend on their rank and seeding for the Big 12 and National tournament. Coach Smith wants to stress the importance that his wrestlers be excited for this week’s matches and give their best effort.

“These are some key matchups for us in the conference, so I look at it as a tough challenge,” said Smith recently. “It’s easy to get up for Iowa, it’s easy to get up for big matches. It’s these kinds of matches that you’d better get up for. We find ourselves in trouble a lot of times because we didn’t get up, and maybe we’d have a costly injury because we went out flat-footed at the beginning of a match and somebody buckled our knee and we’re out for a month or the season. For that reason, it needs to be a little tougher this week so we recognize that it’s very important to continue to build and not have a week off.”

A couple of Cowboys will face real challenges this weekend against All-American caliber opponents from West Virginia and South Dakota State.

No. 4 Preston Weigel will face a significantly tougher challenge this week than he did against Iowa, as No. 6 Jake Smith from West Virginia and No. 9 Nathan Robert of SDSU look to flip seeding with the Cowboy. Weigel is one of the most dominant top wrestlers in the nation, with the ability to ride his opponent for an entire period and turn them to their back to score bonus points. However, Weigel will have to show that he is able to score points from his feet in order to defeat his opponents this weekend.

No. 4 Chandler Rogers will also face a more stout challenge this weekend than the backup from Iowa that he pinned on Sunday. No. 10 Dylan Cottrell of West Virginia and No. 16 Luke Zilverberg of SDSU will visit this weekend. While Rogers has proven to be a very talented, incredibly strong wrestler over the past several matches, these are two where you would like to see the Cowboy continue to rack up the fall points.

The one thing that separates Oklahoma State and Penn State in the national team race right now is that Penn State has three pinners on their roster that are not afraid to go for the fall and rack up the bonus points. Rogers being able to become that guy for the Cowboys could prove to be the difference maker in March.

For No. 2 ranked Kaid Brock, there is little rest for the wicked as he will have to take on No. 7 Seth Gross of SDSU to keep his 15-match winning streak alive. This is where Brock has an opportunity to continue to separate himself from those behind him. Gross is on a bit of a hot streak in his own right and will look to spoil Brock’s dream season so far.

“You look at getting better as a team and individuals,” said Crutchmer. “In some of these matches, you might not go up against the types of kids you would go up against with Iowa or Cornell. You go out there and you work on things that you need to work on, whether that’s getting a takedown or extending leads.

“These are the matches where you do that. We’ve got a bunch of guys in here that want to win a team title, and they’ll do anything to do that. These next couple of weeks, the potential of us being able to win a national championship should be enough to keep these guys motivated.”

Coach Smith also has very high hopes for South Dakota State, and is excited to see them in the Big 12 Conference.

“I knew when we brought them in that Chris Bono is one of the finest young coaches in the country,” said Smith. “I knew immediately when they came in what that was going to do for their recruiting. He capitalized on that and changed the Big 12. You’re seeing his results, and will see them become a team that will soon be competing in the top 10.”

The Cowboys start tonight with West Virginia at 7pm in Gallagher-Iba Arena, and then come back on Sunday at 2pm to take on the Jackrabbits. Tickets are cheap, so if you want some good old fashioned family fun you should head on up to Stillwater to support your No. 1 Cowboys.

If you want a great preview of what is going on in March, you can also tune into the Iowa-Penn State dual tonight at 7 p.m. on the Big 10 Network.

Some matches to watch here:

Retherford, Nolf, and Nickal for Penn State are artists on the mat and can pin anybody at any time. Seeing them wrestle against elite competition will give OSU guys at those weights a blue print for how to slow them down.

At 125, I want to see the Freshman phenom Nick Suriano beat Thomas Gilman for personal reasons. After the Iowa dual, Gilman had some choice words for Dean Heil in the handshake line that almost ignited a fight. To top off the pre-dual comments, I really just want to see Gilman get beat. He has already proven that he is a sore loser.