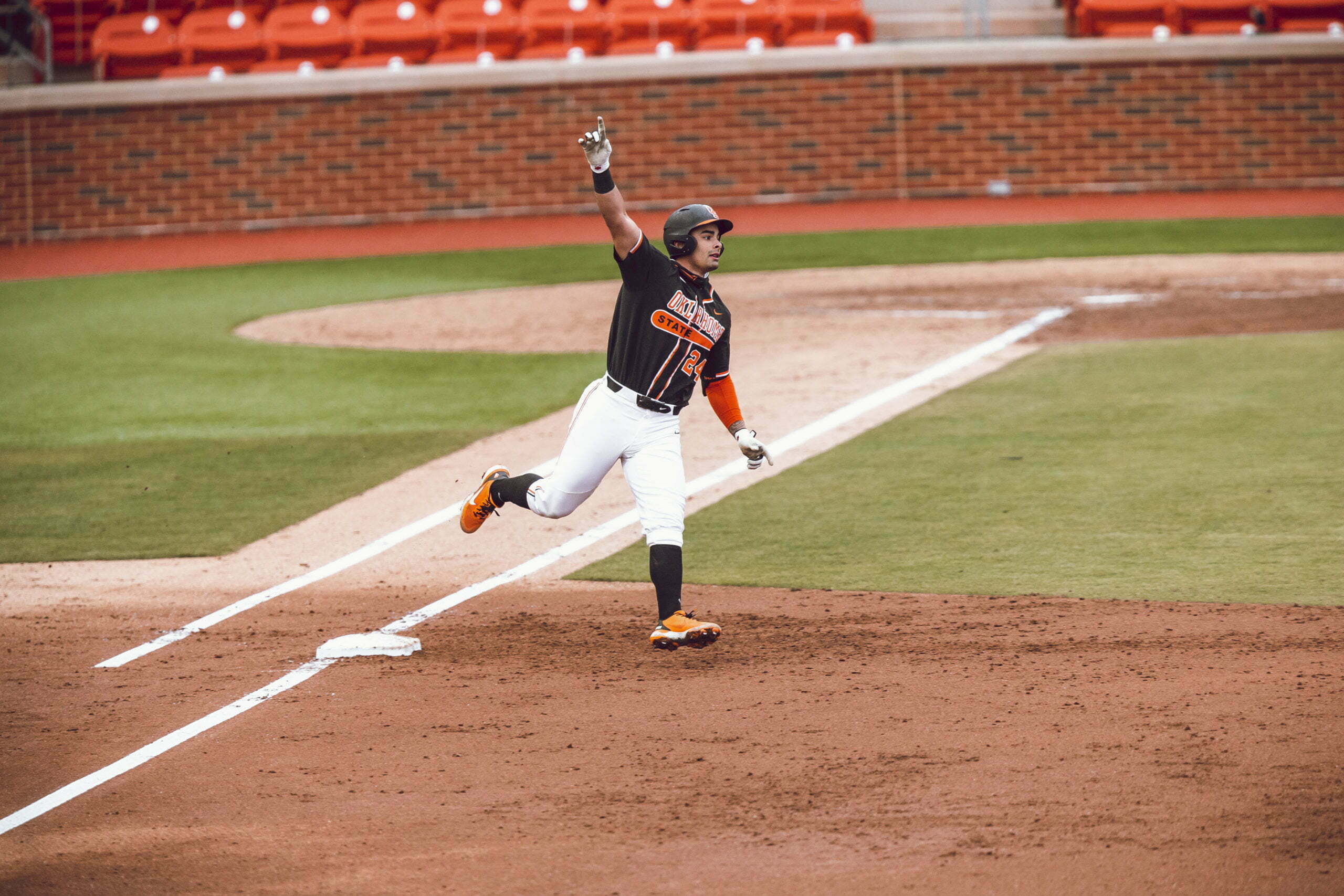 Brett Standlee got dropped into a tough situation, but the result was all the same.

In Oklahoma State’s 11-5 victory against Grand Canyon on Friday night, Standlee got called upon in the eighth inning. He took the mound with the bases loaded and one out defending a four-run lead and went on to get consecutive strikeouts to get the Cowboys out of the jam.

“Made money pitches with runners on base and a tight jam,” OSU coach Josh Holliday said. “Brett’s got a great level of experience built up now, pitching in tough situations. He thrives in those moments.”

OSU followed Standlee’s 2/3 inning up by scoring five runs in the bottom of the eighth. Grand Canyon hit a three-run home run in the ninth, but it ended up not mattering much in the grand scheme of things because of the work Standlee did in the eighth.

The victory makes the No. 11 Cowboys 8-0 on the year. OSU will host Grand Canyon at 4 p.m. Saturday and at noon Sunday. Here are a few takeaways from Friday’s matchup.

Clash of Styles on the Mound

Grand Canyon ace Zach Barnes entered Friday’s game with a 0.75 ERA in two appearances. He got there throwing hard. His fastball hung around in the mid-90s Friday.

Against the Pokes, Barnes went 5 1/3 innings where he allowed six runs, four of which were earned. OSU batters managed to get four hits off Barnes and were walked three times.

Meanwhile opposite Barnes was OSU junior Parker Scott. Scott’s fastball hangs out in the high 80s. He hit 90 mph on a couple of occasions Friday, but his off-speed pitches have been the main contributor to his 0.82 ERA and 2-0 record entering Friday.

Scott threw six innings where he allowed one run and four hits. He struck out seven batters.

In 17 innings of action this season, Scott has struck out 20 batters. He has walked three batters this season, including zero on Friday.

“Those are honestly my favorite type of games — a pitcher’s duel for a little bit,” Scott said. “Luckily we got some runs up. It was fun. Those are my favorite.”

Christian Encarnacion-Strand has a long name, and he hits baseballs a long way.

Encarnacion-Strand hit his team-leading fourth home run of the season Friday, when he belted a ball over the right-field wall.

It capped off a two-out rally for the Cowboys in the fifth inning that saw Nolan McLean double to left-center and Jake Thompson get hit by a pitch.

OSU’s third baseman, Encarnacion-Strand is hitting .281 on the year with the four home runs, nine RBIs and 10 runs scored.

The Cowboys came into Friday off back-to-back shutouts. OSU made it up to 23 consecutive innings without allowing a run before Grand Canyon scored in the fourth inning.