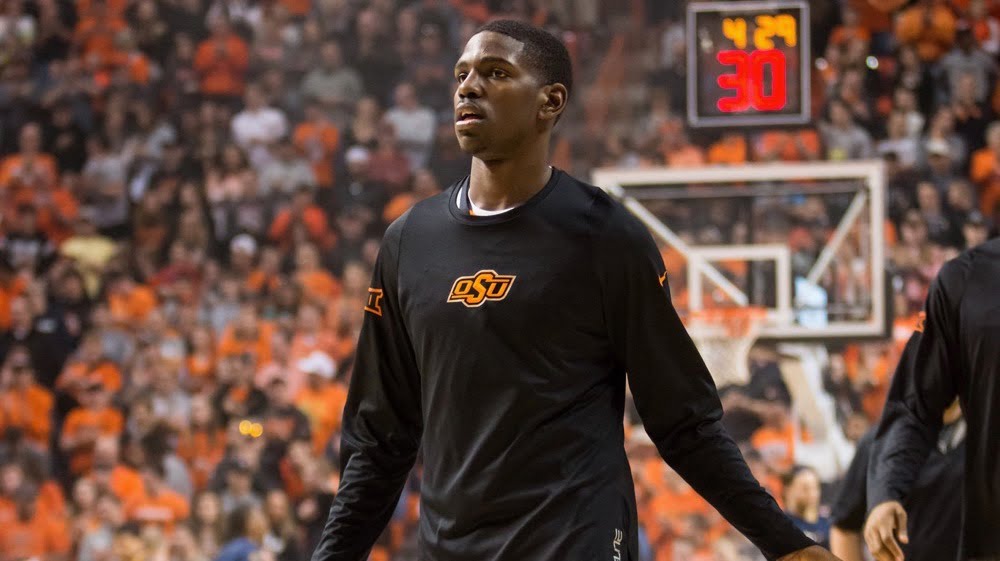 Everything is slowing down for the Cowboys.

After Jawun Evans popped the ball out to Phil Forte in the Lloyd Noble Center, time crept for Jeff Carroll. He had just secured a rebound with fewer than 10 seconds left in the Oklahoma State men’s basketball team’s 68-66 victory against Oklahoma.

“I flicked it back, and I had no idea Jawun was right there,” Carroll said. “I saw him kick it out, and I was on one knee, and it was like the ball was moving in slow motion. I was like, ‘This has to be it.’”

Coach Brad Underwood had a lot of water during the Bedlam matchup, he said. On the bus ride home, he had to go to the bathroom in the back of the bus. On his way back, among his roaring group of players, he stood and took it in. Players were yelling and singing, checking their social media and calling their families on FaceTime, Underwood said.

“I stood with our guys, and to hear that buzz and to hear that excitement —,” he said. “I can’t get Davon (Dillard) to ever talk on the court, but god dang, he never shuts up on the back of the bus. That’s the way it should be. They get to enjoy those moments.”

Underwood said it’s been a completely different team since he got his 100th victory on the team’s road trip against Texas Tech. Between the beginning of Big 12 play and that win, OSU averaged 77.5 points per game and allowed more than 85. The Cowboys went 0-6 in that span.

Since then, they have averaged almost 85 points, gave up fewer than 70, won four straight and seem likely to make the NCAA Tournament in March. A long flight to West Virginia to face the 17-4 Mountaineer isn’t ideal, but they will do it Friday morning before they play Saturday afternoon.

The Cowboys have been relatively solid (6-5) on this road this season, and in the games they have lost away from Gallagher-Iba Arena, the average margin of loss is fewer than 10 points, including the blowout loss against North Carolina in Hawaii.

OSU will need that dynamite in Morgantown where Virginia lost by 9, Baylor lost by 21 and Kansas lost by 16. Evans, though, said he learned a lot after their first matchup, a 92-75 loss in GIA.

“We gotta come out hard, be hard, be strong with the ball,” Evans said. “This is a very physical game, so you gotta be physical back with them.”

West Virginia is second in the nation in scoring margin and No. 1 in turnover margin because of the full-court press it uses. The Cowboys had 19 turnovers in that game, 10 of which were between Evans and Carroll.

A road win Saturday would be massive, Carroll said.

“We’ve made huge leaps,” he said. “The big thing I think, we finally bought in. I think the defense has helped us a lot, and we just fully bought in. Now, we’ve won some games, so that’s all it takes: To win. To finish the game.”

“We’re a completely different team [than the first West Virginia game],” said Underwood. “I watched the [WVU game recently] and woof, I didn’t recognize us. Which is a good thing. We needed a game like the Oklahoma game. In those prior three games, I don’t know if we trailed. To really struggle … shooting horrendously, that’s where we’ve grown. When you can go win a game and shoot 33 percent on the road … that’s becoming the team I want it to be.”