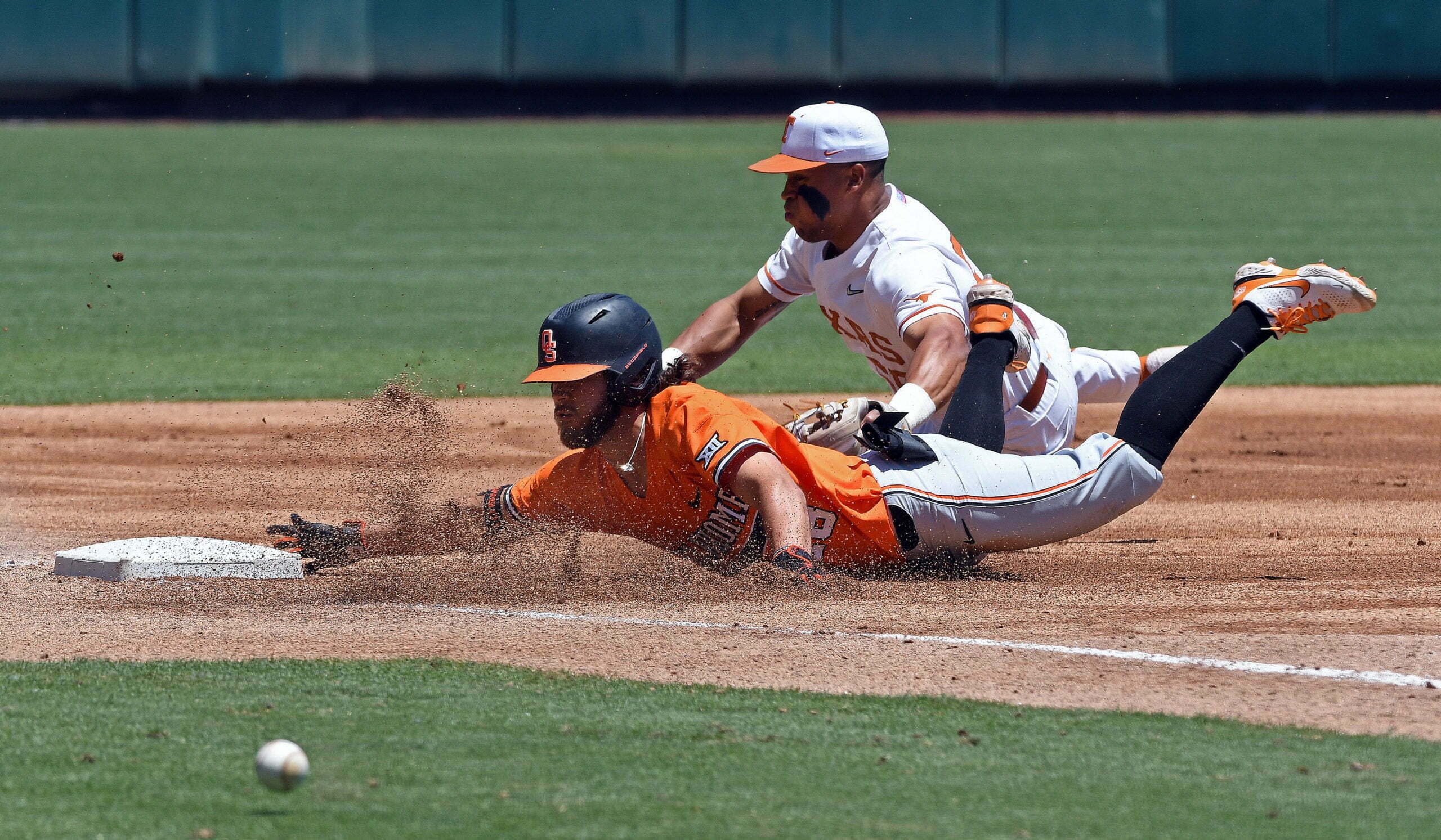 The Cowboys are 3-0 in OKC and are headed to the title game of the Phillips 66 Big 12 Baseball Championship after edging out top-seeded Texas 5-4.

The fourth-seeded Cowboys struck first, taking a 1-0 lead thanks to Max Hewitt’s RBI double in the top of the first.

Mitchell Stone got the start on the mound for the Cowboys and pitched three clean innings. But after striking out the first two batters in the fourth, Stone allowed three hits and two runs as Texas took a 2-1 win into the fifth.

Stone was back on the hill to start the fifth but a allowed a hit and committed a throwing error to put a runner on third before being subbed out for Kale Davis. Stone finished striking out five.

The Cowboys answered in the fifth when Matt Golda scored on a wild pitch. Then Jake Thompson’s single to right field scored two and knotted things up at 4.

The play of the game came in the bottom of the eighth when Cade Cabiness laid out to earn OSU’s second out and keep the bases clean.

And then the Cowboys earned their game-winning run when Thompson took a full-count walk with the bases loaded in the ninth.

Thompson finished 1-for-3 with three RBIs and that walk.

Davis held up his end of the bargain, pitching four innings, allowing just one hit and walking one while striking out three batters.

With a one-run lead and needing just three outs, OSU went with closer Brett Standlee in the bottom of the ninth, and he delivered earning his fourth save of the year.

The Cowboys will face the winner of Saturday evening’s game between TCU and Kansas State for a Big 12 tourney trophy. The Phillips 66 Big 12 Baseball Championship game will take place 5 p.m. Sunday inside Chickasaw Bricktown Ballpark.

The conference tournament was canceled last season because of COVID-19, meaning the Cowboys are reigning champs after taking home the hardware as a 3 seed in 2019.