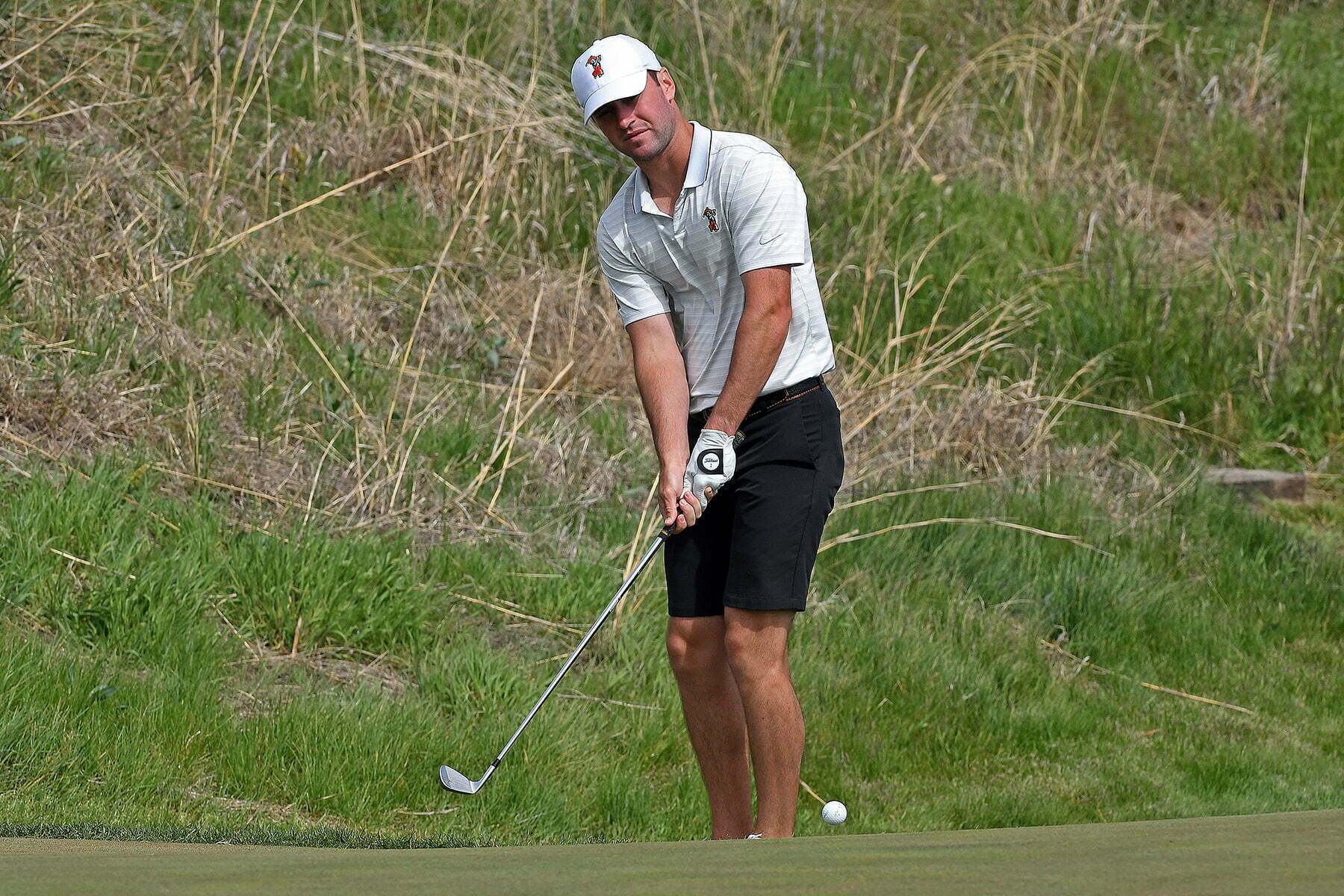 Three of the nation’s Top 5 teams are playing in the Big 12 Golf Championship this weekend, and it hasn’t disappointed.

No. 1 Oklahoma, No. 3 Oklahoma State and No. 5 Texas enter Wednesday’s final round tied atop the team standings at 16-over 856. There is also a tight race atop the individual leaderboard with OSU’s Bo Jin, UT’s Cole Hammer and Texas Tech’s Ludvig Aberg tied with 1-under 209s.

It’s a true three-horse team race at Prairie Dunes Country Club in Hutchinson, Kansas. Texas Tech and TCU are tied for fourth, 14 shots off the leaders.

Jin is a 6-foot-4 freshman from Bejing, China. His best finish of the year (and his collegiate career) to this point came in October at the Maridoe Invitational, an event OSU won.

He carded a 3-under 67 during Monday’s round at the Big 12 Championship before hitting an even-par 70 on Tuesday.

German freshman Jonas Bumgartner had the best third round among Cowboys, finishing the round with a 2-under 68. He is tied for eighth on the individual leaderboard with Austin Eckroat at 7-over 217.

An impressive part about this OSU team is that Eckroat is the only upperclassmen golfing for the Cowboys this week, and he is a junior. The rest are freshmen and sophomores.

Here is a look at how all of the Cowboys have performed:

Weather permitting, the final round is set to happen Wednesday. Unfortunately, there isn’t a way to watch the action, but it can be followed on golfstat.