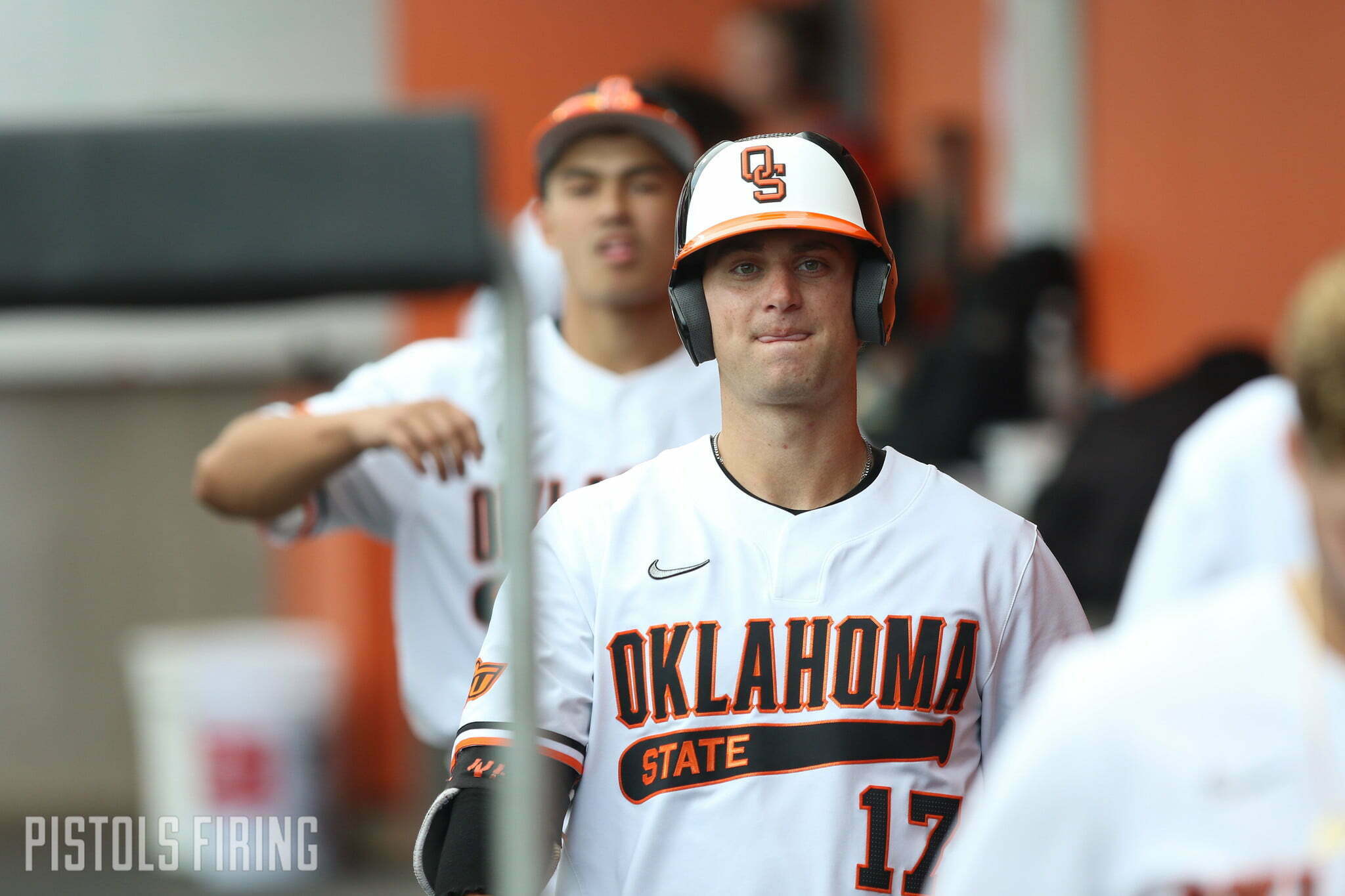 OSU took a commanding lead twice in Saturday night’s Stillwater Regional matchup with Arkansas. But it ain’t over til it’s over. And it started to be over for the Pokes when they gave up an eight-run eighth inning to the Hogs.

Oklahoma State fell to Arkansas 20-12 in the second game of their Stillwater Regional after an 11-0 Razorback run turned a 10-5 Cowboy lead into a 16-10 Cowboy deficit.

Things were going the Cowboys’ way early, but the table turn was dramatic.

The Pokes and Hogs traded runs for the first two innings, but the Cowboys took the boar by the horns in the third with a five-run frame.

Nolan McLean hammered a two-run homer past the left-field wall — his third in two days — before Roc Riggio smashed a three-score moon shot over the right field fence.

Riggio went 4-for-5 with five RBIs, a home run, a double and a pair of highlight-worthy plays from second base.

That early 7-2 lead was anything but safe. The Hogs answered with a Cayden Wallace home run in the fourth and two-run single in the fifth to pull within two.

The Cowboys answered with their own three-run sixth, but things changed in the seventh when Arkansas went with heralded closer Brady Tygart.

The freshman with a touted big league spin shut down the Cowboys’ offense long enough for the home team to make mistakes. He lasted just one and two-thirds innings, but his imprint was all over the game.

Things unraveled from there for OSU.

After giving up a single, Roman Phansalkar hit consecutive batters to load the bases with no outs. That brought McLean to the bump with bases loaded and ZERO outs.

After a strikeout, McLean walked two-straight batters for runs, hit another with a pitch and then walked another. And just like that, the Razorbacks had the lead which they would hold onto.

Out of seven Cowboys to throw from the mound, Trevor Martin was the only one not to hit a batter with a pitch.

Caeden Trenkle made the play of the game. If OSU would have held on for the win, it might have been the play of the season. He was also the Pokes’ next best batter at 2-for-3 with a double and a walk.