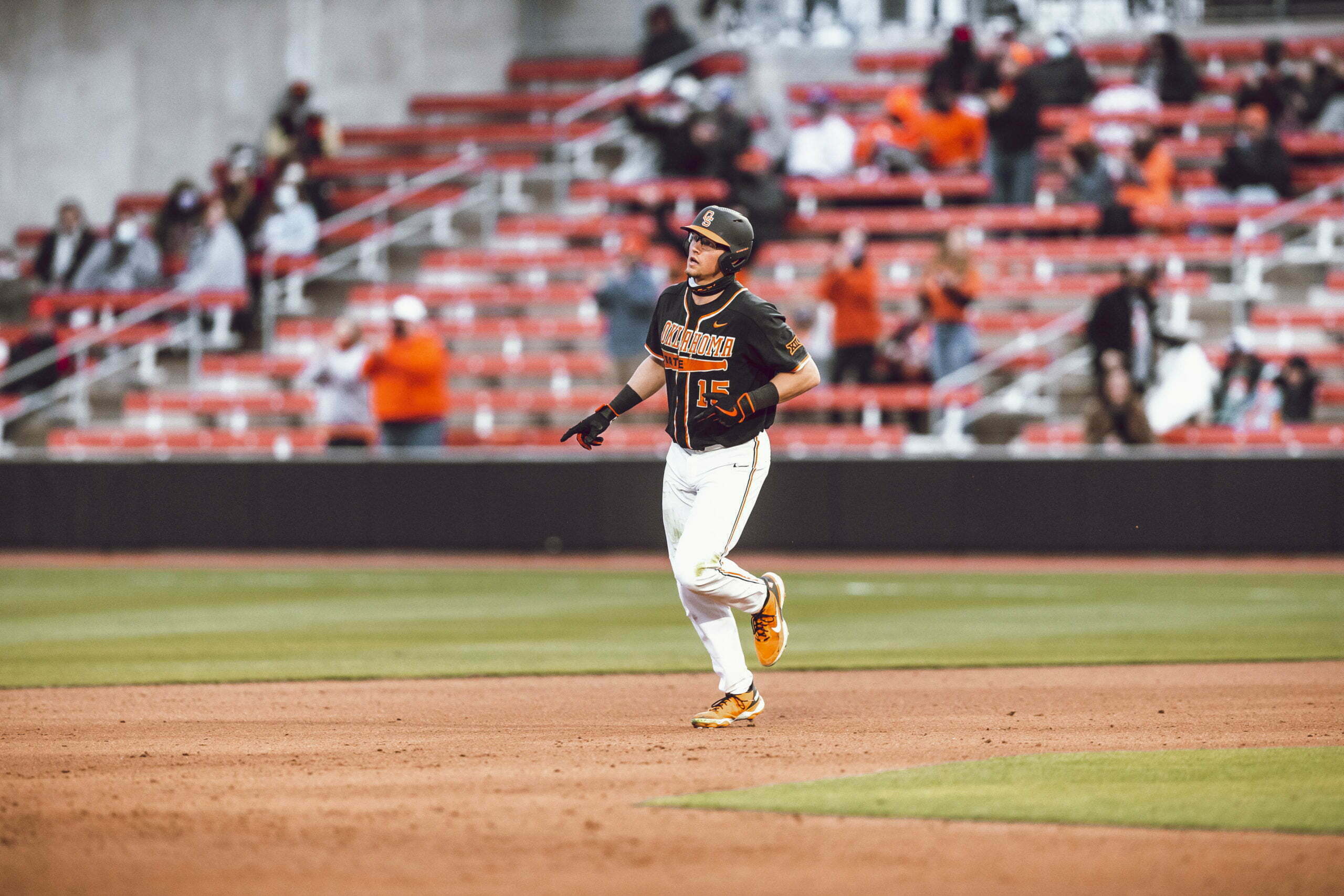 STILLWATER — A baseball game happened in O’Brate Stadium on Tuesday night, if you can call it that.

For those wondering, the most runs OSU has ever scored in a game is 37. That game was against Nebraska in 1995.

It was a chance for the Cowboys to let out some frustrations after being swept against TCU this weekend. The Golden Lions entered Tuesday’s contest 4-22.

The Cowboys put up runs in every inning but the third, including 12 in the second, eight in the fourth and five in the fifth.

CJ Varela got the start on the mound in what had to be a weird outing, pitching on a cold night with upward of a half an hour between some innings. He threw five innings where he allowed no runs off two hits while striking out five and walking none.

Max Hewitt was the Player of the Game, going 3-for-4 at the plate with seven RBIs and four runs scored. He was also walked twice.

Oklahoma State and Bixby High School might have had a closer football game than this baseball game.

The Cowboys put up a nonchalant 12 piece in the second inning despite having five hits in the inning. The bottom of the inning started with 10 straight balls. The Golden Lions made a pitching change and walked in a run until before the Pokes were even forced to get a hit.

Hewitt had five RBIs in the inning thanks to a single that scored two and a bases clearing triple in his second at-bat.

In total, Pine Bluff pitchers combined to allow the 28 runs in six innings. They walked 18 batters, hit three and struck out five. The Cowboys managed “only” 15 hits despite scoring all of those runs.

“No one wants to see anyone get embarrassed,” OSU coach Josh Holliday said. “That’s not the nature of competition. But at the same time, when they say, ‘Play ball,’ you go compete fiercely until the very end.”

Despite being up 14-0 through three innings, the Cowboys did have five errors.

It’s the most they’ve had in a game this season, but it didn’t matter because of the quality of opponent.

“Defense is a fundamentally driven side of the ball,” Holliday said. “Just gotta get back into the proper movement of our feet, use of our hands, quality footwork in throws, all things that can be worked out, corrected and concentrated on.

“Some days you get caught on your heels. If I had to evaluate today, I would say we got caught a little bit maybe on our heels and didn’t react as fluidly or as aggressively on the first step as we needed to.”