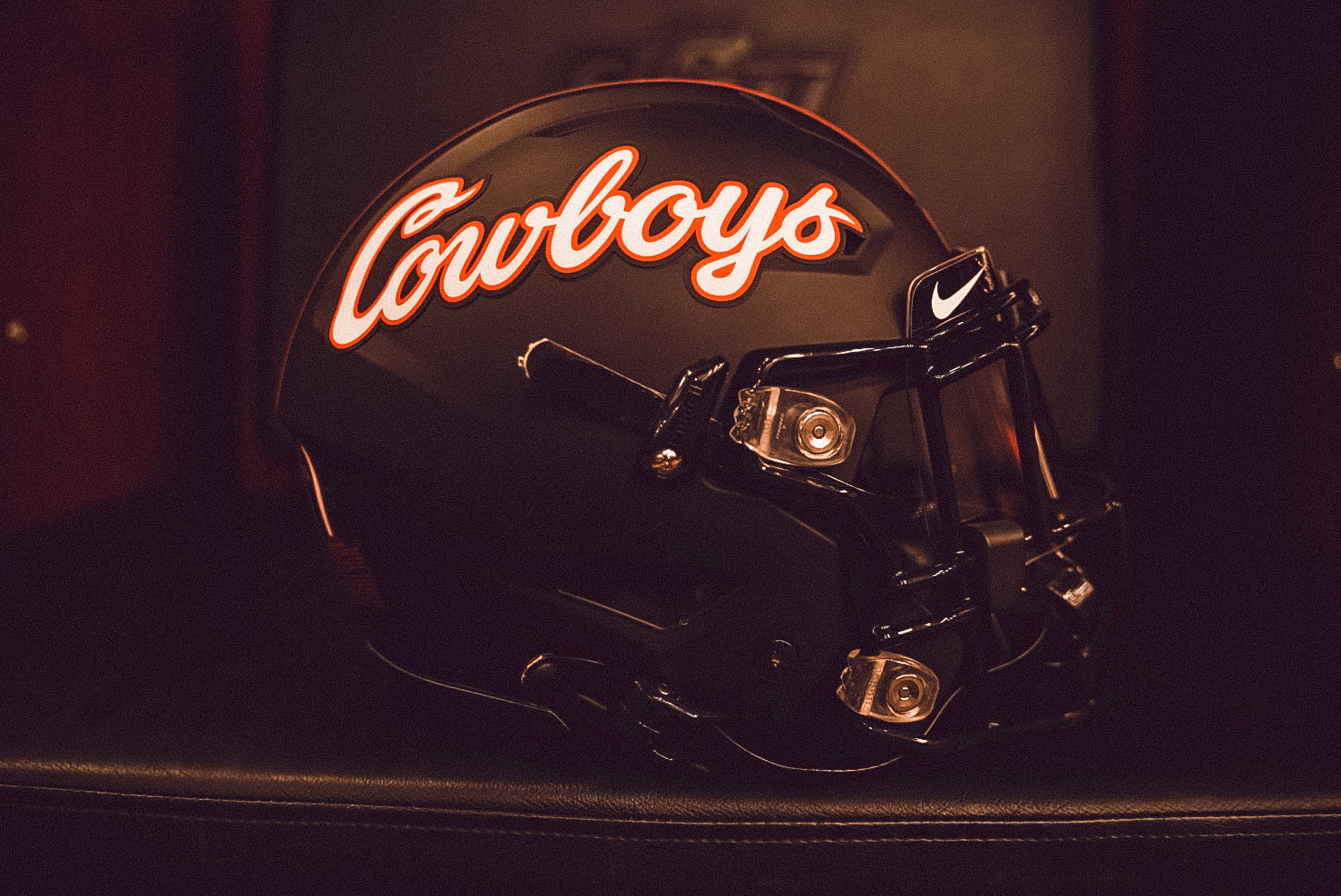 A number of seniors and super seniors will take the field inside Boone Pickens Stadium for the final time on Saturday night against OU, and they’ll do so in style.

The black Cursive Cowboys helmet is clean as I imagined it would be. Oklahoma State debuted a white Cursive Cowboys look last season at Kansas State and wore it again last week in Lubbock. The Cowboys sported an orange version of that script lid against Baylor in 2020 and against West Virginia earlier this year. OSU is 4-0 in Cursive.