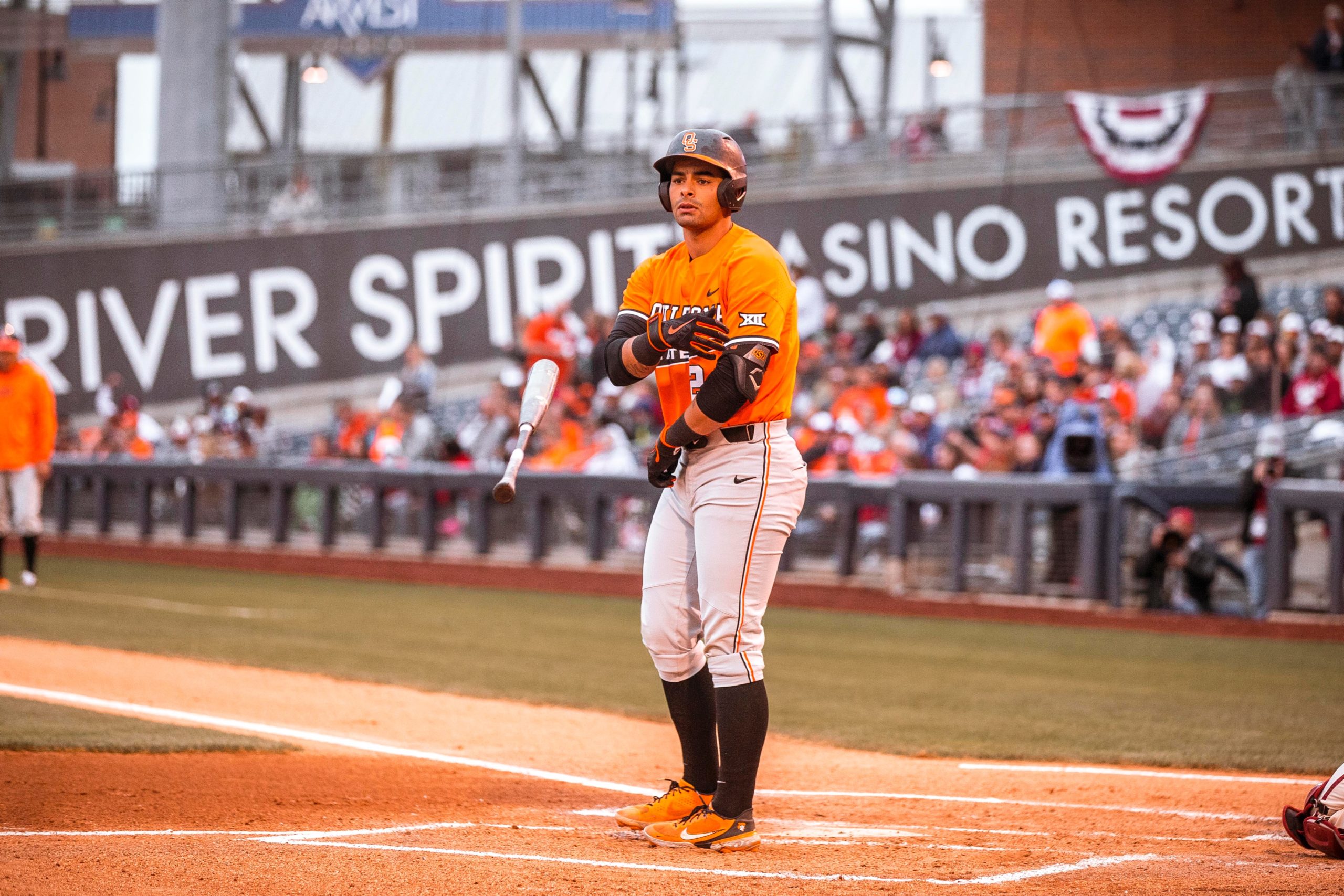 The final Bedlam game of the year wasn’t a particularly pretty one, but the Cowboys will take the win.

Oklahoma State beat Oklahoma 7-3 on Tuesday night at OneOK Field in Tulsa. The game, which lasted about four hours, saw 15 pitchers, including two strong pitching outings from Cowboys who normally play in the field.

Noah Sifrit came to the bump in the third inning after not having pitched since the 2019 season. He didn’t waste much time on the mound, throwing the ball back to home plate shortly after he got it. He threw three innings, the most of any Cowboy, where he allowed no runs off two hits while striking out five and not issuing a walk.

Hueston Morrill, OSU’s starting shortstop, went and warmed up in the bullpen between innings and made his collegiate pitching debut in the eighth. In his one inning of work, he allowed one hit (a solo home run) while walking two and striking out two.

OU’s starter, Dalton Fowler, made it just 1/3 of an inning. He struck out OSU’s leadoff man, Caeden Trenkle, before issuing consecutive walks to Max Hewitt, Christian Encarnacion-Strand and Jake Thompson. Ben Abram then came on and struck out Carson McCusker before walking in a run.

The Sooners staff couldn’t get away from self-inflicted wounds, as OU walked eight batters and hit another three with pitches.

It was the story of the fourth inning, where the Pokes put up four runs. In that frame, OU had an error, hit a batter and walked another two.

The sixth inning was the only inning the Cowboys scored in without drawing a walk. In that frame, Encarnacion-Strand hit a leadoff single before Thompson beat the shift with an infield single. Cade Cabbiness then singled to score strand, and Justin Campbell singled to score Thompson.

Encarnacion-Strand had another stellar day at the dish. He finished 3-for-4 with two runs scores, an RBI and two doubles.

Cabbiness also had a multi-hit day, going 2-for-2 with three RBIs and three walks drawn.

Despite losing the Big 12 series against the Sooners, OSU finishes the regular season 3-2 against OU.

The Cowboys have their final Big 12 series of the year this weekend against Baylor in Stillwater.