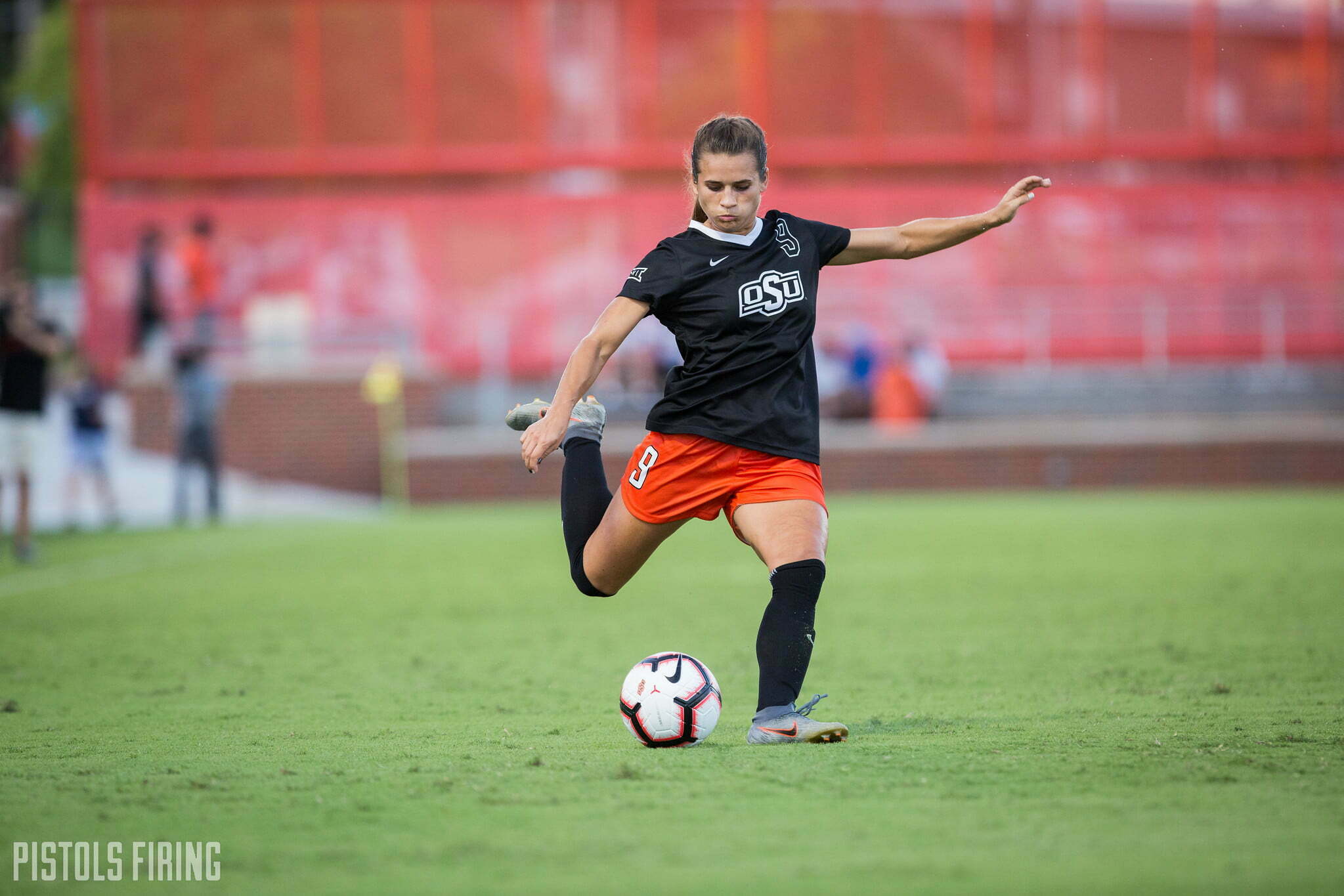 The Cowgirls have outscored their opponents 16-2 through their first five games.

The Oklahoma State soccer team beat Central Arkansas 5-0 and Saint Louis 2-0 this weekend at Neal Patterson Stadium. The Cowgirls are 4-0-1 this year, with their only non-victory coming as a 2-2 draw against Oklahoma.

OSU had no trouble with Central Arkansas on Friday night. Senior Jaci Jones scored in the second minute, it was her fourth goal of the season. Jones score No. 5 in the 19th minute. Her five goals lead the team this season.

Junior Charme Morgan scored her first goal of the year in the 43rd. She added another in the 56th, but that was after Camy Huddleston scored in the 48th. Huddleston’s shot was a rocket from outside of the box that went over the goalkeeper’s head.

Here are the highlights from Friday:

Sunday’s game was a much closer affair, but it turned into the Grace Yochum show.

Yochum, a sophomore, hadn’t scored this season before Sunday, but in the 75th minute, she got her head on the end of a Kim Rodriguez corner kick to break the game’s deadlock.

It was a nice enough goal, for sure. However, Yochum scored an early “goal of the season” contender just five minutes later, with this laser from 30+ yards out:

Amazing Grace! @graceyochum adds a dazzling finish from 32-yards out to make it 2-0 in the 80th minute. #okstate #GoPokes pic.twitter.com/V8gE1vBFw8

Kim Rodriguez had three assists this weekend, bringing her season tally to a team-leading four.

After a three-game home stand, the Cowgirls will travel to University Park, Pennsylvania, this weekend for a match against Penn State. The Nittany Lions entered this past weekend ranked eighth in the country before drawing with No. 22 West Virginia 1-1 in Morgantown and beating James Madison 2-1 at home.

OSU will be back at home Sunday for a game against Omaha.