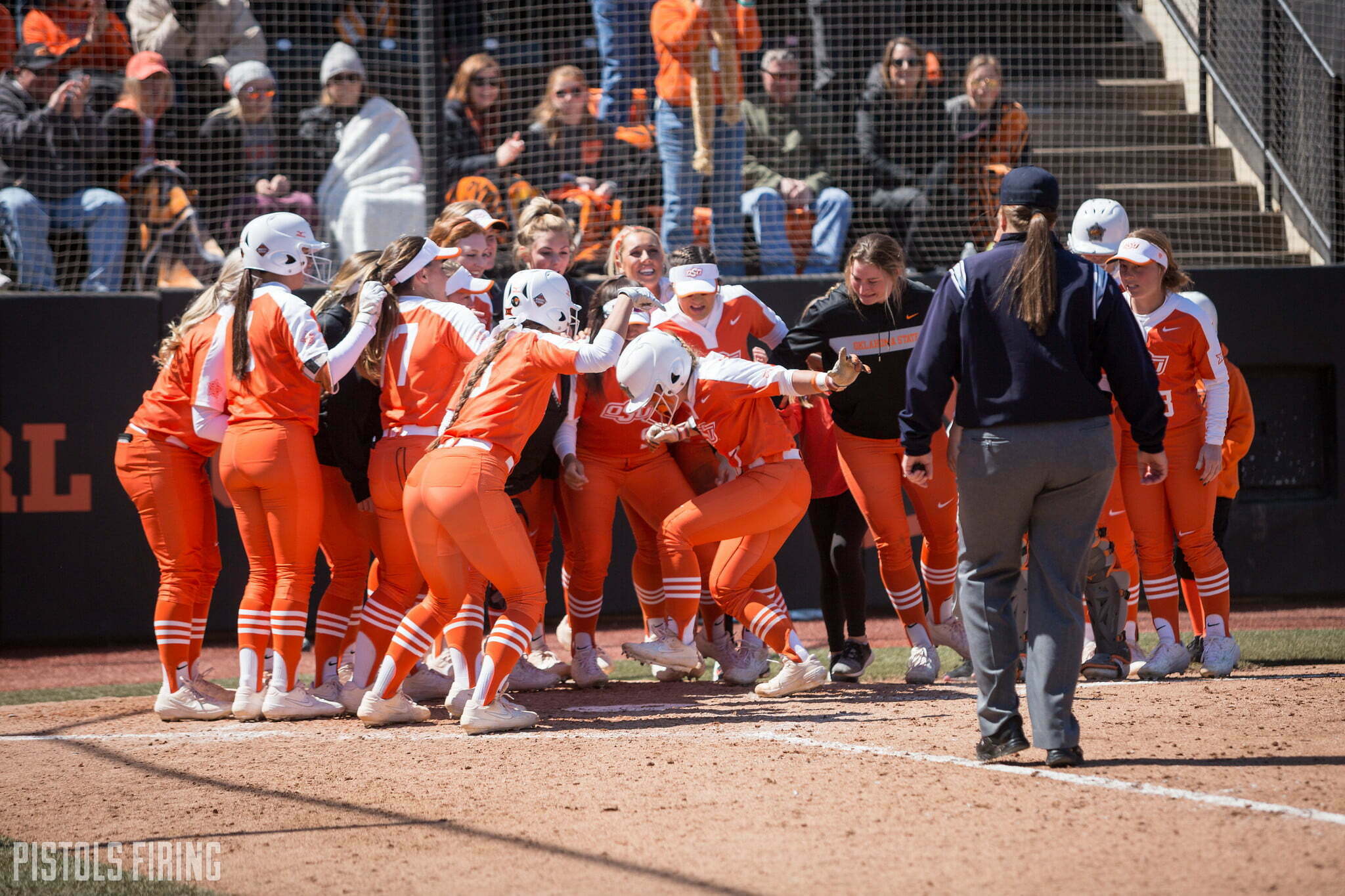 Oklahoma State punched its ticket to OKC on Saturday when the Cowgirls took the Tallahassee Super Regional two games to one winning the rubber match 3-2 win over the defending national champ and 4 seed Florida State.

This will be the eighth trip to the College World Series in program history and the first since 2011.

After three FSU errors in that third (one resulting in OSU’s second run), Florida State sat its ace Meghan King and went to freshman Katherine Sandercock who was able to stop the bleeding, at least momentarily.

Then in the fifth, its was OSU’s turn to give up a run. After three hits and an earned run that sent Samantha Show to the dugout, her reliever Logan Simunek took over on the mound — at the top of FSU’s lineup and with runners on first and second.

A wild pitch advanced those Seminoles to second and third, but Simunek held fast striking out a Cali Harrod. Kiley Naomi, who had a first inning error, more than redeemed herself with a making the play on a line drive to left to strand two FSU runners in scoring position.

At the top of the sixth, Samantha Show took a ball to her right knee necessitating a pinch runner Shalee Brantley. Brantley would steal second and third on another FSU error and then would score on a sac fly by Madi Sue Montgomery to push the lead to 3-1.

In the bottom of the seventh, Florida State — which leads the country in home runs — went yard for the first time of the Super Regional off the bat of Anna Shelnutt to pull the Seminoles to within 3-2. But Simunek followed that up by striking out Zoe Casas. Then two straight ground-outs, by Sydney Pennington and Madi Sue Montgomery, sealed the deal for the Cowgirls.